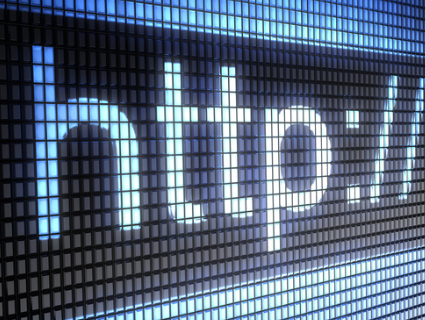 One of the hot jobs in the US government—chairman of the Federal Communications Commission—is about to become vacant, and President Barack Obama’s pick for this position will say much about his priorities and what it takes to win a job within his administration.

The current chairman, Julius Genachowski, was a Harvard Law classmate of Obama and longtime Washington denizen with several stints in the private sector, and last week he announced he’s splitting after four years in the post. Genachowski has had a rollicking tenure at the more-important-than-ever agency. His FCC approved the controversial NBC/Comcast merger, but it killed AT&T’s $39 billion bid for T-Mobile. He developed a national broadband plan, while pushing for universal broadband access and contending with spectrum crunch. He’s had to navigate the knotty issue of net neutrality (at one point angering both Verizon and public interest advocates). His tenure has vividly demonstrated that the FCC chairman’s office is a node for cutting-edge policy issues related to economic development, technology, education, and media.

For weeks, there’s been widespread speculation within certain Washington circles that Genachowski was going to leave—the rumor mill had him seeking an ambassadorship to Brazil or India—and much tea-leaf-reading about his replacement. As reports surfaced of possible successors, a basic choice appeared to emerge for Obama: a telecom industry vet or a public interest-minded policy expert.

A leading contender is industry insider Tom Wheeler, who was cited as the front-runner by Time. He’s a managing director at a Washington, DC-based venture capital firm. But years before that, he was the chief lobbyist for the cable industry and then the head influence peddler for the cell phone industry. He is no consumer advocate, but he has this advantage: He has raised a lot of money as a campaign bundler for Obama. Wheeler is also a member in good standing with the Washington establishment; he sits on the President’s Intelligence Advisory Board and is a trustee of the John F. Kennedy Center. During 2009, he led the Obama-Biden transition’s working group overseeing science, technology, space, and arts agencies.

“He’s beloved in the telecom industry,” a former Obama administration official says of Wheeler. An industry newsletter notes, “having spent his entire career representing businesses, running businesses and investing in businesses, Wheeler undoubtedly will have a light regulatory touch in all matters. And that’s not something you can say about most Democrats.”

There has yet been no freak-out in the public interest community about Wheeler—who lobbied for the cable and cell phone industries when they were upstarts, not behemoths. But a number of women’s groups sent Obama a letter requesting he choose a woman for the job. (No woman has ever served as FCC chief.) Sascha Meinrath, director of the New America Foundation’s Open Technology Institute, is one advocate who has slammed the prospective Wheeler pick, observing that Wheeler “was the top lobbyist for not one, but two different industry lobbying groups. I can’t comprehend why that isn’t a massive conflict of interest.” He told Politico that Wheeler’s appointment would exemplify “a bad revolving door.”

On the other side of the private-public divide in the FCC chair contest are several possible appointees who possess policy expertise but who have not represented industry groups. The leader among these candidates apparently is Karen Kornbluh, who recently finished a stint as Obama’s ambassador to the Organization for Economic Cooperation and Development, where she pushed for an open internet policy. She is a domestic policy maven who was a top aide to Obama when he was a senator. Years before that, she worked at the FCC in several roles and advanced policies related to children’s programming and e-rates for classrooms. She also founded the Work and Family program at the New America Foundation—which has focused on developing innovative policies that benefit stressed-out workers and families. (She coined the term “juggler families.”) She oversaw the drafting of the Democratic Party platform for Obama in 2008. Kornbluh’s telecom experience exists within the context of wide-ranging expertise in social policy. (Connection disclosed: Kornbluh is a family friend.)

Also on the list of do-gooders under consideration for the job are Susan Crawford and Cathy Sandoval. Crawford, a Cardozo Law School professor who specializes in tech policy, is a favorite of public interest advocates. In her book, Captive Audience: The Telecom Industry and Monopoly in the New Gilded Age, Crawford, who served in the Obama White House as an adviser on science, technology, and innovation policy, contends that the telecom giants need to be downsized. She is, in a way, the Elizabeth Warren of tech policy. Yet her confrontational approach toward the industry may render a Crawford appointment too tough for Obama to pull off. A White House petition drive in favor of her appointment expired because it failed to meet the signature threshold. Sandoval is the first Latina to serve on the California Public Utilities Commission. (She also was the first Latina to be named a Rhodes scholar.) Like Kornbluh, she worked at the FCC during the Clinton years, and she has developed a reputation for being consumer-minded.

Other names floated in assorted media reports include Jason Furman, a senior economic adviser in the Obama White House. Long associated with Robert Rubin, he’s well regarded within the administration for his smarts and savvy.  And there’s Larry Strickling, the head of the National Telecommunications and Information Administration. He oversaw the $4 billion broadband development program that was part of Obama’s stimulus package and worked at the FCC in the 1990s. He also was once a vice president of public policy at Ameritech, a regional Bell company. Also on the list of FCC might-be’s is Mignon Clyburn, who’s the daughter of Rep. James Clyburn (D-SC), the assistant House Democratic leader. She has been a FCC commissioner since 2009.

Obama does not lack good options for this important slot. With telecommunications a critical part of most aspects of modern American society, the FCC chairmanship is a key appointment. And the commission is one of those spots in government where industry desires can clash with public interest concerns. As it stands now, Obama can go the conventional route—and reward a money-raiser with deep roots in the industries the FCC regulates. Or he can show more daring and choose as chair one of several past or present public servants who have been more attuned to policy than profits. Only the future of the Internet and how we communicate with each other is at stake.

UPDATE: On March 27, the Wall Street Journal reported that 37 senators had five days earlier written Obama urging that he appoint Jessica Rosenworcel, one of the current FCC commissioners, to be the “first chairwoman” of the commission. She previously worked for Sen. Jay Rockefeller (D-WV). Rosenworcel had been seen by FCC-watchers as a mid-list candidate for the job. But this move—the Senate has to confirm Obama’s choice—put her in true contention.