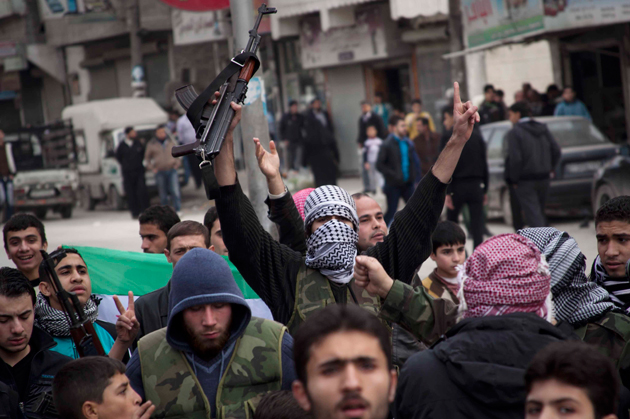 In October 2010, just months before a Tunisian street vendor self-immolated and sparked what would become the Arab Spring, a prolonged drought was turning Syria’s verdant farmland into dust. By last month, more than 70,000 Syrians, mostly civilians, had been killed in the brutal and ongoing conflict between President Bashar al-Assad’s dictatorial regime and a coalition of opposition forces; just today, the UN announced that over one million refugees fled the country in the last two years. International security experts are now looking at the connection between recent droughts in the Middle East and the protests, revolutions, and deaths that followed, and building a body of evidence to suggest that climate change played a key role in Syria’s violence and the Arab Spring generally.

The possibility that climate change could affect security is nothing new: The US Department of Defense has proven to be surprisingly progressive on planning for global warming. But Caitlin Werrell and Francesco Femia, co-founders of the Washington-based Center for Climate and Security, argue that if you want to see the connection between climate and conflict in action today, look no further than Syria. The pair contributed to a series of essays released last week by the Center for American Progress, all arguing that the Arab Spring is a textbook example of the link between climate change and social instability. Climate Desk called them up to discuss how lack of rainfall leads into violent uprising, and how the international community can prepare for the future of extreme weather.

Climate Desk: How does climate change play into civil unrest? Where does it rank compared to other violence-causing factors?

Caitlin Werrell: We use the term “threat multiplier” or “accelerant of instability,” in the sense that climate change can exacerbate other threats to national or international security. The way it does that is often through water: You have an increased prevalence of drought or floods or changing rainfall patterns, and what this does is it changes your ability to grow food, it has impacts on food security, it influences your ability to produce energy, it influences your infrastructure.

CD: What has happened in the case of Syria, specifically?

FF: In Syria, prior to the unrest that eventually exploded into revolution and armed conflict, Syria had experienced an unprecedented drought, lasting about five years. In 2011, NOAA produced a report showing that the Mediterranean littoral and the Middle East had significant drought conditions that were directly related to climate change. And then we found some reporting that had been done over the course of the drought which were showing that in Syria the drought, connected with natural resource mismanagement by the Assad regime, had led to a mass exodus, rural-to-urban migration, as farmers lost their livelihood. The UN estimated that about 800,000 people in Syria during the course of the drought had their livelihoods entirely destroyed. In the run-up to the unrest in Syria, a lot of international security analysts, even on the eve of the exploding unrest, had determined that Syria was generally a stable country, and that it was immune to social unrest and immune to the Arab Spring. It was clear that there were some stresses underneath the surface, and those migrations that we’re talking about, internal migrations, also put pressure on urban areas that were already economically stressed, and that was added on top of refugees that had been coming in from Iraq since the US invasion.

“Doing something about climate change is not going to bring world peace, in and of itself.”

CD: Generally speaking, how well is the connection between climate change and civil unrest understood, by international aid organizations, by governments? Where is there opportunity or need for understanding it better?

FF: In the past water scarcity has not necessarily led to conflict. Historically, it has sometimes led to cooperation, as conflicting parties come together to deal with their water resources. But we’re looking at an unprecedented picture in the future that we haven’t seen before. The historical record really doesn’t tell us too much about what to expect for the next 20 or 30 years, just given that we’re talking about an unprecedented climate situation and an unprecedented water situation. The international community is still piecing together how climate change is linked to these particular weather events, whether it’s drought or floods, and then how is that related to conflict.

CW: Part of it is that [climate change] is one of many stressors. A lot of conflict, it’s a very complex process, there’s not direct causality between one aspect and another. But as we continue to see instances like Syria, like Egypt, that were indirectly impacted by droughts in Russia and China, these are the type of connections we will see more and more of in the future. And so the understanding we have now is a good foundation for developing more resilient practices, both mitigation and adaptation to the risks of climate change. 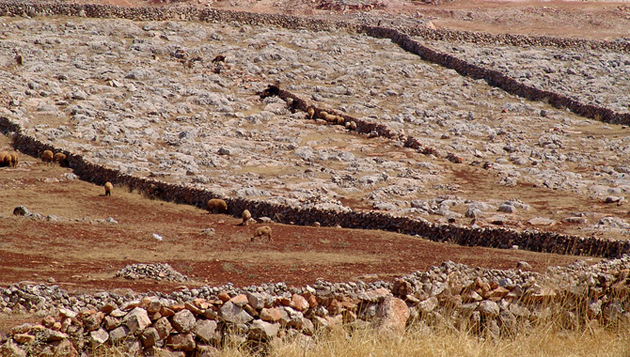 CD: How well is this connection understood by average Syrians? Do they see the link between the conflict of which they’re a part, and climate change?

“These changes are very different from the floods and droughts of yesterday.”

FF: Generally speaking, we would say that populations are not very well educated about the links between climate change and specific weather events, and there’s a need for more education. And by generally, I mean globally. What is certainly clear is that there’s an understanding from Syrians about how this drought has impacted their own livelihoods, given that so many of them have had to pick up and move. And so, this is unprecedented within their own lifetimes, and unprecedented within the history of the region.

In the Middle East and North Africa, these countries have been dealing with drought for a long time. Many of them are arid states, and they’ve had to deal with that. And so naturally there is an openness to making those connections between what is essentially increasing aridity in the region and why that’s happening, and that’s the connection to climate change. And so certainly the leadership in these regions, especially those who deal with water and energy, are very acutely aware of these things.

CW: In other work we’ve done in Mali, drought is not something new, and people for thousands of years have been dealing with how do you survive in very arid regions. What is new is the rate of change, how long these droughts are lasting, the intensity of the drought. So to some degree, people in these regions are best-equipped to deal with water scarcity, but a lot of times these changes are very different from the floods and droughts of yesterday.

CD: Given the likelihood that we’ll encounter more droughts like this in the future, what can be done to ensure that each one isn’t followed by some kind of violence or unrest?

FF: There are certain things that governments and the international community will never be able to control. There are so many factors that feed into civil unrest and conflict, particularly armed conflict, that have to do with historical grievances, economics, democratic practice, etc., that there’s certainly no silver bullet on climate resilience, that’s going to prevent conflict. In other words, doing something about climate change is not going to bring world peace, in and of itself. However, it is very important that governments and the international community recognize that we can do something about mitigating climate change and also adapting to the risks. Governments can climate-proof their infrastructure: We’re talking about better water practices, better irrigation techniques. It also means climate-proofing institutions we normally don’t think of as associated with climate change, such as health infrastructure. If diseases are going to spread differently because of climate change, then governments should be prepared for that. In the Arab World right now, governments that are going through transition, whether it’s Libya, or Egypt, or Syria, that’s still in the midst of an armed conflict, in rebuilding post-conflict, and there really is an opportunity to get this right.