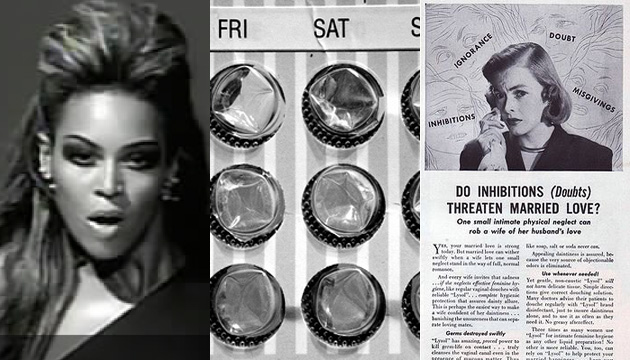 The last year has been a pretty triumphant one for women, particularly in politics: Single women were key to Obama winning a second term (apparently “binders full of women” voted for him rather than the other guy); a record number of women got elected to Congress, free birth control kicked in, and the electorate made clear that comments about “legitimate,” “emergency,” and divinely-ordained rape will almost definitely lose you elections. Hell yes.

In honor of International Women’s Day 2013, we’ve gathered some of our favorite Mother Jones coverage of women’s issues from the past year, in politics and beyond. We’ve covered some intriguing history, built some fun interactives and charts, and, of course, been all over the serious policy stories, too:

Women in Congress: After the 2012 election, we charted the record-breaking gains made by women of the 113th Congress, including four states that elected their first female senators, and New Hampshire’s all-female congressional delegation—a national first.

Women in sports: Politics wasn’t the only area where women have been on a roll. Forty years after Title IX, women have made extraordinary gains in athletics, with participation at the college level increasing by over 600 percent. And while the playing field is still far from level, as our Title IX charts showed, female Olympians kicked some serious ass in the 2012 games.

Birth control: When Rick Santorum and some of his GOP colleagues claimed that birth control basically grows on trees, we made a birth control calculator showing just how much contraceptives can cost (pre-Obamacare) over the span of a woman’s child-bearing years. Not pretty, even with insurance.

Just a month later, Rush Limbaugh spent three days railing on Georgetown law student Sandra Fluke, starting “the national conversation about sluts of 2012” and raising a burning question: Who, exactly, qualifies as a “slut”? We gave inquiring women the chance to find out for themselves, with this handy slut flowchart.

Recalling the dark ages: After Todd Akin-gate, Mother Jones documented the age-old tradition of men defining rape, from the dudes behind the Code of Hammurabi to tough guys at the FBI. We also traced some intriguing theories about female “hysteria” and some of the toys and bulky contraptions used to “treat” it. A lot less amusing was the look we took back at a not-so-distant time when women, lacking proper access or knowledge of birth control, used Lysol to stay baby-free.

Abortion: Recently, MoJo reporter Kate Sheppard met some of the country’s most fervent abortion supporters and foes. She wrote about the small, tireless team operating Mississippi’s last abortion clinic, and interviewed the late Dr. George Tiller’s assistant, Julie Burkhart, as she readied his old Wichita clinic for reopening this spring. Earlier last year, Sheppard profiled Americans United for Life, which is quickly becoming one of the most successful pro-life organizations in the country.