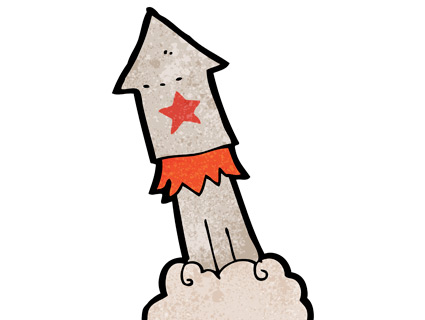 Last week, US defense secretary Chuck Hagel announced something superficially alarming: Due to the recent tough talk coming out of Pyongyang, the Pentagon has announced a nearly $1 billion project to improve America’s defenses against a potential nuclear attack launched by North Korea. The boost in mainland missile defense will increase the number of ground-based interceptors in California and Alaska to 44 from 30 over the next four years. Part of this plan will involve resurrecting a missile field at Fort Greely, Alaska. “We will be able to add protection against missiles from Iran sooner while also proving protection against the threat from North Korea,” Hagel said during Friday’s Pentagon briefing.

The move comes on the heels of the North Korean government amping up its threats against the US: Along with conducting a third (suspected) nuclear test in seven years and declaring an end to the armistice with South Korea, the regime threatened to nuke American soil amid new UN sanctions. “The White House has been captured in the view of our long-range missile, and the capital of war is within the range of our atomic bomb,” or so goes the narration in a propaganda video post to the North Korean government’s YouTube page on Monday. The video includes a poorly produced animated sequence of the White House and Capitol dome exploding.

Here’s what’s crazy about all this: The Pentagon is spending $1 billion on a gesture. Virtually no one in the US government actually believes that North Korea (or Iran, for that matter) is close to having the ability to hit any part of the United States with nuclear missiles. It is also unclear how close North Korea is to being able to convert their tested nuclear devices to function as warheads. (Click here to get an idea of the state of the supposed North Korean missile threat just last year.)

The beefed-up missile defense of the West Coast is essentially meant to show South Korea and Japan (countries that actually might have to worry about a missile launched by the North Koreans) that the US is ready to commit resources to deter the Hermit Kingdom, and to send a message to Beijing, North Korea’s most important ally. (Message = Restrain your smaller, belligerent friend.)

These kinds of extreme threats from North Korea and Iran aren’t anything new, or even that rare. North Korean leadership has warned of “necessary retaliatory measures” almost too many times to count. Iranian military and government officials have said things about attacking the East Coast of the United States with their missiles and naval fleets. Officials in North Korea and Iran say a lot of things, often with the same attachment to reality you’d get from a Kardashian wedding.

But in the event that the Red Dawn remake or Olympus Has Fallen suddenly become America’s dark reality, members of Congress have been pushing hard to expand our national missile defense systems. Last May, House Republicans pushed a provision in a defense authorization bill that would develop an East Coast missile shield, in case North Korea or Iran decided to somehow rain down rockets on Manhattan’s Theater District. The plan was estimated to cost $2-4 billion.

There is close to zero evidence that national missile-shield technology works, and testing has at best yielded a 50 percent success rate of interception. “Every scientific study done says it doesn’t work—so, even if there were a threat from Iran or North Korea, [a shield] wouldn’t be able to stop it,” Lawrence Korb, a former US assistant secretary of defense under Ronald Reagan and senior fellow at the Center for American Progress, told Mother Jones last year.