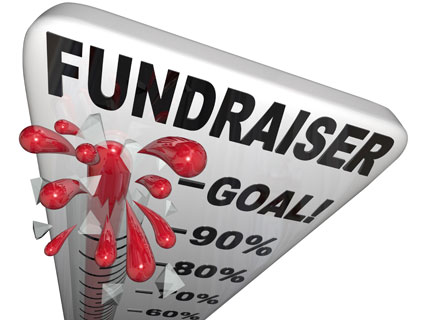 In 2012, I wrote a story about the Republican Governors Association, one of the many Republican causes to which Perry gave generously. During my reporting on the RGA, I interviewed an Austin attorney named Buck Wood who’d once crossed paths with Perry. Wood told me a head-scratcher of a story that, while hardly definitive, struck me as useful to understanding Perry’s place in GOP politics.

In the mid-2000s, Wood represented Chris Bell, a trial lawyer who’d run as the Democratic candidate in Texas’ 2006 gubernatorial election. Late in the race, Bell’s opponent, Gov. Rick Perry, received a $1 million donation from the RGA—an infusion that may well have contributed to Perry’s nine-point win. Bell believed that the $1 million originated with Bob Perry (no relation to Rick), and that Perry funneled the money through the RGA to Rick Perry’s campaign to wipe his fingerprints and avoid causing a fuss about such a big donation. (The RGA denied all this.) Bell sued the RGA in November 2007 for allegedly violating state campaign finance law.

Wood, Bell’s attorney, visited Bob Perry in Houston to depose him in the case. The two met in a conference room next to Perry’s personal office. Perry was pleasant, seemingly unbothered. Before the questioning began, Wood pointed out an aerial photograph on the wall of a new development in Austin built by Perry Homes. Perry looked at the picture, Wood recalled, studying it for an uncomfortably long time. “Yeah, that looks like one of our developments,” Perry replied unconvincingly, according to Wood. In the deposition, Perry recalled little about his RGA donations. Yes, that was his signature on the checks, he said, but he didn’t remember writing them.

Wood ended the deposition convinced that Perry really didn’t remember his $1 million donation to the RGA. He suspected that someone in Perry’s office, not the man himself, was handling Perry’s large political portfolio, as it were. “I wanted to know who was running the show so I could depose them,” he said. Wood asked a few local reporters if they knew anything more about the political affairs over at Perry Homes; he got nothing.

Perry went on to give tens of millions more to Republicans after the 2006 gubernatorial election. The 2010 Citizens United case freed Perry to give even more, which he did, doling out more than $20 million to super-PACs in 2012. When I spoke to Buck Wood on Monday morning, he told me he still didn’t have a clue who handled Perry’s political affairs, if it wasn’t Perry himself. All these years later, Bob Perry was still something of an mystery.

Perry preferred it that way. Here’s an excerpt of an April 2007 Texas Monthly profile that offered a rare glimpse inside Perry’s world:

Unseen by the public, uninvolved with his candidates, the most powerful political donor in the nation has until now remained largely an enigma. Few apart from a small circle of close friends in Houston know much about him. What they do know may surprise some people. For instance, Perry favors affirmative action. He has given money to Democrats, particularly black and Latino Democrats. He opposes his party’s hard line on immigration rights. He is a large-scale donor to an inner-city Houston foundation sponsored by a liberal black minister and to an educational scholarship program for Hispanic students founded by a liberal professor. So who is Bob Perry? Is he the monolithic, unyielding, far-right ideologue he is often portrayed to be? A philanthropist who gives generously to causes he believes in? Some hybrid of the two? Almost nobody knows, and that’s the way he likes it.

As under the radar as he was, Perry loomed large in Republican politics, in Texas and nationwide. His passing leaves the GOP without one of its biggest financial supporters.