There’s a Czech bakery, deli, and gas station combo in tiny West, Texas, that’s world-famous for serving up fruit kolaches and hot chubbies to locals and tourists driving on I-35 between Dallas and Austin, 24 hours a day, seven days a week, for the last 29 years. Last night was no exception. In the wake of the massive explosion and fire that rocked a fertilizer plant just three miles down the road, Czech Stop kept its doors open—and the kolaches coming—almost without interruption.

“I rushed up there after it happened because one of my employees said the ceiling was falling in,” says Barbara Schissler, president of the Czech Stop empire, who’s worked there since it opened in 1983. “One of our freelance carpenters recommended that we close the doors, but when I showed up, I saw only the ceiling tiles were buckling, so I reopened. The only thing we did was cut the gas pumps, because we were expecting another blast.”

When the plant exploded at 8 p.m., there were about seven employees on shift. Fifteen minutes later, fire trucks and police cars started rushing down the street to the site of the accident. Not long after, injured victims started walked in.

“Two women in a truck stopped by. One’s leg was bandaged and bulging, and she had a few cuts on her arms and legs,” says Schissler. “I don’t know why they decided to stop here first. When you’re in shock, you’re not always thinking. We did whatever we could to make them feel comfortable, gave them ice water.” Several more people with cuts and bruises stopped by through the night, but Schissler said her usual customers were missing. “All the bakery regulars were out there on the scene, helping out.”

In the morning, Czech Stop was ready to help first responders who stopped by, donating cases of water and handing out free food and drink. The store is also planning on donating baked goods to the Red Cross. 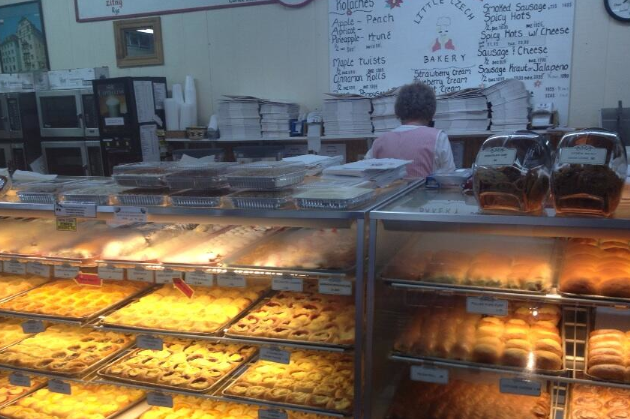 Like many local bars, diners, and coffee shops in many other towns rocked by calamity, Czech Stop has transformed virtually overnight into a hub of refuge. After December’s school shooting in Newtown, Connecticut, the owners of Blue Colony Diner fed hundreds of volunteers, policemen, firefighters, and first responders, earning the nickname “The Food Angels.” The morning after Hurricane Sandy struck, David T. Holmes III turned It’s a Wrap, his lunch cafe in Plainfield, New Jersey, into a relief station for 10 days, offering victims free coffee, soup, power, and a place to sleep. In the wake of Hurricane Katrina, Joann Guidos kept Kajun’s Pub open so that “the lonely and broke would not endure the ordeal alone.” Homeowners fleeing the deadly June 2012 wildfires in Colorado congregated at Bob’s Coffee Shop in Laporte, to figure out, over danishes, where the megafire was headed next.

A Jalopnik writer from Texas says when he first heard about the West Fertilizer explosion, his first thought was whether anyone was hurt. His second thought was whether the Czech Stop was okay. “It’s no surprise that, when I turned on the local news last night, the news producers had thought to call the Czech Stop and put an employee on the air,” he wrote. “It’s what everyone knows.”

This tiny community of around 3,000 boasts a remarkably vibrant and long-standing Czech heritage. In 1859, a popular Czech reverend immigrated to Galveston to minister to German Protestants, and many of his compatriots followed. By 1990, almost 300,000 Texans claimed some Czech ancestry according to the Texas State Historical Association, seeding this part of Texas with Eastern European languages, cultures, and cuisines. “Most notably, the Czech pastry ‘kolache’ (pronounced koh-law-chee) is still served today in restaurants and rest stops from Columbus near Houston all the way up to West,” says Jalopnik‘s Hardigree. “It’s a soft, sweet dough filled with some fruit, cheese, chocolate or some mixture of all of those. It’s fantastic.” 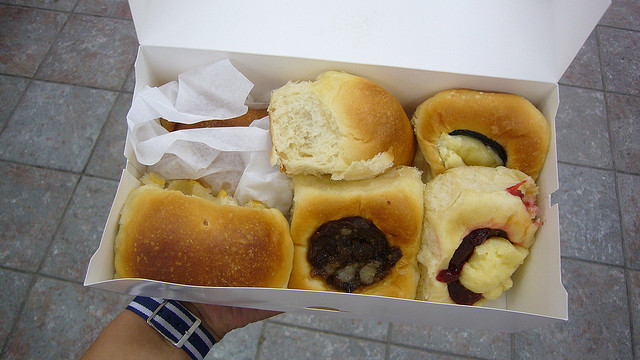 A box of kolaches. Kent Wang/Flickr

Czech Stop has been a fixture in town since it was opened in 1983 by Bill Polk, a former marine who bought the shop from a national chain and took it over with one employee, a small menu of sausage kolache, and a handful of fruit and poppy seed pastries. Its got lots of Czech neighbors in town. There’s Picha’s Czech-American Restaurant, known for its sausages and kraut. You can pick up a kroje at Maggie’s Fabric Patch, a dress traditionally worn by Czechs and Slovaks at communions, weddings, and funerals. A Czech-language radio station broadcast from here until just a few years ago. West is also home to a branch of Sokol, a Czech organization that started in Ennis, Texas with a mission to help young community members become leaders through the practice of gymnastics.

Today some 75 percent of the town can claim some Czech origin according to Radio Praha, the Czech Republic’s state radio station. Today, the Czech Ambassador to the United States is scheduled to visit West in a show of support and solidarity. “The Czech authorities and the media are closely watching the latest news from this little outpost of Czech life in Texas,” writes Radio Praha reporter Rob Cameron. West’s mayor, Tommy Muska, agrees. “It’s a lovely little town. Everybody’s got a Czech last name it seems,” he said. (Muska’s Czech, too.) Author and journalist Brendan McNally, who grew up in Dallas but now lives in Pelh?imov with his family, tells Radio Praha that Czech Stop’s kolaches put West on the map.

Last night’s tragedy has hit close to home in more ways than one: The bakery’s office manager lived three blocks away from the fertilizer plant, and lost her house to the explosion. But Schissler and her crew plan to keep serving up kolaches and coffee 24 hours a day, business as usual. “We’ve never seen anything like this, but we’ve never closed a single day in 29 years,” Schissler says. “You bet we’re staying open.” 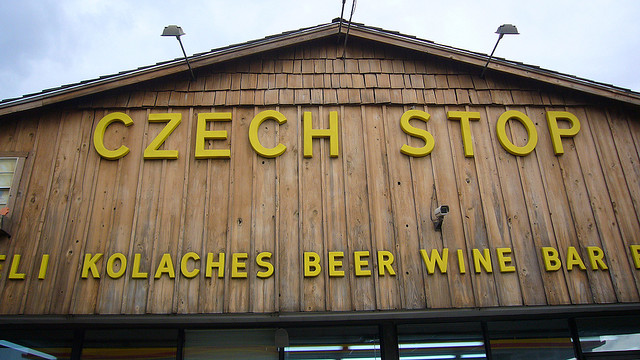