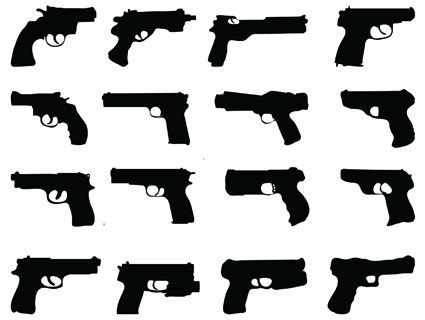 On Tuesday, Senate Majority Leader Harry Reid (D-Nev.) gave senators leading bipartisan talks on a compromise amendment for expanding background checks on gun buyers an ultimatum: Figure it out by 5 p.m. That’s when Reid planned to file a motion to move to debate of his broader package of gun control legislation, which includes measures to improve school safety and crack down on gun traffickers.

Sens. Joe Manchin (D-W.Va.) and Pat Toomey (R-Pa.) managed to strike a deal, and on Wednesday morning they held a press conference on Capitol Hill outlining their amendment, which Manchin said would be the first on the gun control bill when Reid introduces it for an initial vote on Thursday. (Sen. Chuck Schumer, the New York Democrat who introduced the background check provisions that cleared the Senate Judiciary Committee on a party-line vote, told reporters on Tuesday that although some details needed working out, he supported the Manchin-Toomey compromise.) The amendment would require background checks on all gun sales in person and over the internet with the exception of transfers between “friends and neighbors.” It’s unclear how broad that exception will be in practice, but the Washington Post reported that the background check requirement “would not cover private transactions between individuals, unless there was advertising or an online service involved.” Private dealers would be required to keep records of gun sales, as licensed dealers have already been doing since 1968. Gun sellers who allow prohibited people to buy firearms would face a felony charge.

Immediate reactions from gun control groups working with lawmakers on the Hill were mixed. “We like [the compromise] very much,” Mark Glaze, director of Michael Bloomberg’s Mayors Against Illegal Guns, told Mother Jones. Ladd Everitt, a spokesman for the Coalition to Stop Gun Violence, struck a more cautious tone. “We’re still waiting to hear the language of the bill,” he said, explaining that his group wanted more details on how record-keeping would work, and if gun transactions by, for example, people standing just outside gun shows would require checks. But Everitt commended Manchin and Toomey for standing their ground against pushback from staunch proponents of gun rights.

At the press conference, Manchin and Toomey, who both own guns, touted their support for the Second Amendment. “I don’t consider criminal background checks to be gun control. It’s common sense.” Toomey said. “The mentally ill should not have guns. I don’t know anyone who disagrees with that premise.”

When asked if he worried that his support for expanded background checks would cost him his A rating with the National Rifle Association, Toomey replied, “What matters to me is doing the right thing.” (Mayors Against Illegal Guns is releasing scorecards of its own to grade lawmakers on guns.)

The NRA, with which Manchin said he and Toomey have been in contact, stepped away from its opposition to expanded background checks, calling the compromise “a positive development.” However, the NRA said, “no background check would have prevented the tragedies in Newtown, Aurora, or Tucson.”

Manchin also said he and Toomey “agree[d] that we need a commission on mass violence” with experts on mental illness, school safety, and “video violence.”

If expanded background checks are able to dodge a Senate filibuster with the help of Republicans who want to see a vote, the next challenge will be in the House, where Speaker John Boehner (R-Ohio) has the power to block the bill from getting a vote. Toomey said there are a “substantial number of House Republicans who are supportive of this general [compromise] approach.” (Rep. Carolyn McCarthy (D-N.Y.), one of the House’s leading gun-control advocates, told Mother Jones last week that the gun violence task force she sits on has been in talks with Republicans, but declined to name names.)