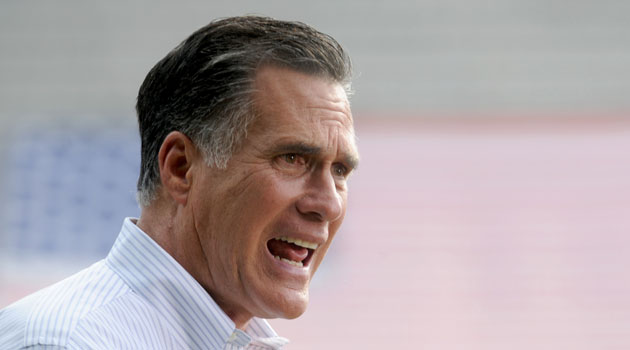 President Barack Obama’s new budget proposal, released Wednesday, would raise $16 billion in revenue over 10 years by getting rid of one of the ways millionaires and billionaires pay lower taxes than their secretaries. It’s called the carried interest tax break, and it allows the wealthy to pay a lower rate on some of their income. But ending the carried interest exception will be tough, and not just because a budget compromise with Republicans is unlikely: Previous proposed legislation to kill the tax break was riddled with loopholes.

The carried interest tax break works by letting private equity and hedge fund managers treat some of the income they earn from managing clients’ portfolios as if they had invested it themselves. That allows folks like Mitt Romney to pay a 20 percent investment income tax rate on their money management fees, instead of the normal 39.6 percent tax rate on earned income. This special rich person perk costs the government some $1.3 billion a year. That’s one reason why Obama and many Democrats slam the tax break as unfair and have targeted it for repeal.

“There continues to be no rationale whatsoever for people to pay at a vastly lower tax rate when they are managing other people’s money,” Rep. Sander Levin (D-Mich.), who has introduced all of the carried interest legislation in past years, said in an email. “This is an issue of fairness that we should address as we seek a balanced approach to deficit reduction that involves both additional revenues and spending cuts.”

But getting rid of the tax break may not be such an easy task, given the tortuous history of the movement to deep-six it. The fight against carried interest is Levin’s baby. He first introduced a bill to ax the loophole in 2007, and has introduced two more versions since then, all of which have stalled.

“It’s rather unusual that this legislation hung out there for so many years,” says Steve Rosenthal, a fellow at the Tax Policy Center. That’s due to the “pretty effective job” that the trillion-dollar private equity industry has done in “confusing and delaying legislation,” he says.

Rosenthal says that so much damage has been done to the legislation over the years that he has no faith in the effectiveness of whatever nominal repeal legislation eventually does get into a compromise budget bill—if there ever is one.

First of all, he notes, it’s unclear whether the entirety of an executive’s carried interest income would be subject to the higher tax rate. Rosenthal says some versions of the bill have only called for raising taxes on 75 percent of it.

Rosenthal says the most recent legislation also includes a loophole that would allow private equity firms, which are usually organized as limited partnerships, to convert themselves into a special kind of small business entity, which would allow them to avoid the carried interest tax hike.

And if Levin’s most recent legislation passes, private equity managers would also be exempt in certain cases from a higher carried interest rate on the profit from selling part of their own interest in the firm.

“The carried interest lobbying effort has been a scandal,” Rosenthal says.

A staffer on the House Ways and Means Committee that Levin serves on says they “are taking the comments of Steve and others into consideration as we continue to hone the language in the draft.”

“I don’t think anyone can defend the phenomenally low rates that private equity managers have reaped over the years,” Rosenthal says. “But how you’re going to try to deny it to them is hard.” Even if Congress does eventually end up including legislation to ax the tax break in a budget deal, “we may enact something that no one understands. A mumbo jumbo statute,” he says. “That is likely.”