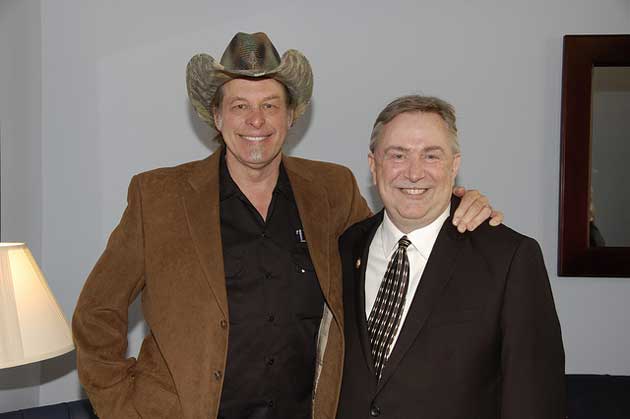 Various parts of America have at different times served as refuges for the persecuted. The North was a popular destination for freed and escaped slaves. San Francisco attracted gays. The Emerald Triangle and Appalachia became havens for pot growers and bootleggers.

Now Texas wants in on the action.

On Friday, US Rep. Steve Stockman, a Republican from Friendswood, sent the following message to “all persecuted gun owners and unwanted manufacturers”:

Come to Texas!!! The state which believes the whole Bill of Rights should be followed, not just the “politically correct” parts. Your rights will not be infringed upon here, unlike many current local regimes [sic].

Texans who may want abortions or same-sex marriages will doubtless celebrate their state’s newfound support for “the whole Bill of Rights.” But will gun companies relocate because of it? Their executives want us to think so. After Colorado signed a gun control package last month, two makers of firearms accessories said they’d leave. The weapons makers Beretta, Colt, Mossberg, and Stag Arms have threatened to yank factories from Connecticut and Maryland if those states make good on new gun restrictions.

Of course, any Texan who actually knows guns will tell you that the complainers are all hat and no cattle. State laws requiring background checks or banning certain types of weapons won’t crimp manufacturers, who sell their guns nationwide and globally. Just take the example of Beretta and Mossberg: These companies are headquartered in or source their guns from, respectively, Italy and Turkey, where highly restrictive firearms laws haven’t slowed down some $150 million in yearly exports of rifles, pistols, and shotguns to the United States.

Stockman’s open letter is really more about shooting off his mouth than defending the rights of shooters. It’s about burnishing his reputation as “the new Michele Bachmann,” a comparison that, in all fairness, is kind of like calling Madonna the new Lady Gaga.

During a scandalous and painfully brief congressional stint in the mid-1990s, Stockman earned infamy for defending the militia movement in the wake of the Oklahoma City bombing and suggesting that Bill Clinton raided Waco’s Branch Davidian compound in order to build support for gun control. Now back in Congress after wandering the political desert for 15 years, Stockman, a bespectacled born-again Christian, has threatened to launch impeachment proceedings against President Obama if he enacts gun control measures. In February, Stockman brought has-been rocker/offhand racist/wannabe presidential assassin Ted Nugent to the State of the Union address. (We caught Nugent’s performance—or was it performance art—in San Francisco not too long ago.)

None of which is to say that Stockman won’t succeed in getting some gun nuts to move across the Red River. Heck, he might even make the rest of us safer.