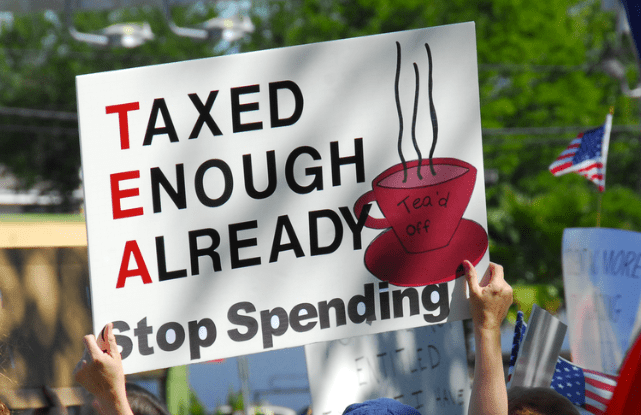 Among those in attendance last Friday when IRS official Lois Lerner admitted that agency staffers had systematically singled out tea partiers and other conservative groups for special scrutiny was a lawyer named Marcus Owens. Lerner’s admission was shocking, and nobody realized that more than Owens. That’s because he served as director of the Exempt Organizations Division from 1990 to 2000, prior to Lerner holding the job.

Owens, who has worked on tax law issues in private and public practice for almost 40 years, including 25 years at the IRS, says he has been getting a lot of calls about the scandal. The way he sees it, he told me in an interview on Tuesday, is that the IRS was right to take a close look at conservative groups applying for tax-exempt status during the 2010 and 2012 election cycles. Particularly in 2010, hundreds of new conservative groups were springing up across the country. “I think that it would be unreasonable to expect the IRS to ignore that, and to simply approve these 501(c)(4) applications from politically active organizations as if they were Scout troops or Little Leagues,” he said. “That doesn’t mean they should be denied exemption or that the evaluation should be overboard or overly intrusive, but there should be special evaluation.”

According to a leaked timeline (PDF) from a draft report by the Treasury inspector general for tax administration, the IRS zeroed in on conservative groups beginning in March 2010. (The IG’s full report came out late Tuesday; while illuminating, it does not dispute the basic facts of the controversy that Owens and I discussed.) With the tea party on the rise, the agency’s Cincinnati office saw an influx of applications for 501(c)(4) status. Between 2010 and 2012, the number of applications for 501(c)(4) status more than doubled, from 1,591 to 3,398, according to acting IRS commissioner Steven Miller.

These groups wanted to be so-called “social-welfare” organizations that are supposed to focus on educational or social issues and are prohibited from making politics their primary focus. It was therefore understandable for the IRS to want to dig deeper into the activities and personnel of such groups applying for 501(c)(4) status, Owens says.

The IRS scandal, Owens fears, now gives critics “an excuse to call for a moratorium on all enforcement.”

But the shortcuts that IRS staffers used to vet those groups were unfair and wrongheaded, he acknowledged, adding that the agency also bungled its public announcement and explanation of how it singled out the conservative groups. In Owens’ experience, the IRS usually keeps a tight grip on what it divulges to the public by sticking to agency-issued press releases, which limits speculation and misunderstanding by reporters and the agency’s critics. By contrast, Lerner’s public apology, in response to a question posed at a conference sponsored by the American Bar Association, raised more questions about the IRS’s actions than it answered. “It took about 30 seconds for everyone in the audience to realize she’d probably said things in the wrong time and place,” Owens says. “From the get-go they were stepping off with the wrong foot, even if their intention was appropriate.”

A key part of the problem, Owens notes, was that IRS staffers used a simplistic approach to choosing which groups to scrutinize by looking for certain words such as “tea party” and “patriots,” or phrases such as “We the People” and “Take Back the Country.” But effectively culling for groups that might abuse the limits on politicking—and doing that culling without political bias—requires a more complex process, as acting Miller wrote in a USA Today op-ed published on Tuesday.

For starters, Owens says the IRS should’ve moved the more complicated parts of the vetting process from its Cincinnati office to Washington, DC, where more experienced specialists work. The agency also should have publicly disclosed the criteria used in its evaluation process as it waded through the reams of applications pouring into Cincinnati. “It would be factors such as a group formed shortly before an election cycle, staffed with personnel whose backgrounds involved political campaigns—factors like that that are politically neutral but do identify the issue of concern,” he says.

Owens agrees that one consequence of this whole debacle may be that the IRS will now shy away from fully investigating nonprofit groups that do appear to flout the law by spending too much time and money on politics. And he fears that politically active nonprofits will be emboldened. “It provides an excuse for people who are so inclined to call for a moratorium on all enforcement,” he says. “Now it becomes a free for all. I’m thinking of becoming a (c)(4) myself,” he quips.