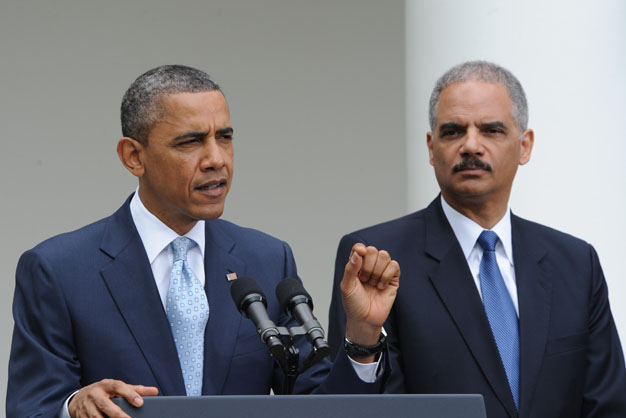 The Associated Press announced on Monday that federal agents had secretly seized two months of its phone records in what the organization called a “serious interference with the A.P.’s constitutional rights to gather and report news.” Although much of the resulting furor has focused on the rights of a free press, the sweeping move by the Department of Justice also highlights the Obama administration’s rough treatment of leakers and whistleblowers within its ranks.

Leibowitz, a former-FBI Hebrew translator, pleaded guilty to leaking classified information to Richard Silverstein who blogs at Tikun Olam, reported AlterNet. The translator passed 200 pages of transcribed conversations recorded by FBI wiretaps of the Israeli embassy in Washington, D.C. Leibowitz was sentenced to up to 20 months in prison, according to The Washington Post.

Kim was a nuclear proliferation expert working on a contract basis for the U.S. State Department when he was accused of leaking information about North Korea to Fox News.

The Justice Department claimed that Kim was the source behind Fox News journalist James Rosen’s 2009 report suggesting that the North would likely test another nuclear bomb in reaction to a United Nations Security Council resolution condemning its tests, reported AlterNet.

Kim pleaded not guilty to the charges. A Federal Grand Jury indicted him but the case has not gone to trial, according to The New York Times.

Drake worked as a senior executive at the National Security Agency when he was charged with “willful retention” of classified documents under the Espionage Act. He leaked information about government waste on digital data gathering technology to The Baltimore Sun, according to AlterNet.

At one point Drake faced up to 35 years in prison for several charges. Eventually, most of the charges were dropped and he pleaded guilty to a misdemeanor for  “exceeding authorized use of a computer.” He was sentenced to one-year probation and community service.

Probably the best known of the six under indictment, Manning was the source behind the WikiLeaks and CableGate information dumps. Critics accuse the government of dragging its feet and aggressively redacting requests for public information about the trial. One journalist opined that the Guantanamo military tribunals were more transparent.

Manning faces a court martial and a harsher sentence that could include life in prison without parole, reported The New York Times. AlterNet pointed out, however, that prosecutors would have to prove Manning released the documents with the intention of harming the U.S. to win those harsher charges, something Manning denies. His trial is set for next month, June 3.

Sterling, a former-CIA official, pleaded not guilty to leaking information to New York Times journalist James Risen regarding a failed U.S. attempt to sabotage Iran’s nuclear program. The information in question was published in Risen’s book “State of War.”

Risen successfully fought several subpoenas from the federal government to reveal his sources during Sterling’s trial, according to the Committee to Protect Journalists. The Justice Department announced in the summer of 2012 that it has “effectively terminated” the case, according to the Times.

One of the few prosecuted under the Espionage act to serve jail time, Kiriakou was sentenced to 30 months in prison on Jan. 25, 2013, for leaking classified information to the media. Kiriakou pleaded not guilty to releasing the name of an undercover CIA agent to a reporter and information about the intelligence agency’s use of waterboarding, a controversial interrogation technique.

Kiriakou is the first person successfully prosecuted under the Intelligence Identities Protection Act in 27 years, according to the Times. The reporter the ex-CIA official spoke to did not publish the undercover agent’s name, although the Times pointed out that the agent’s identity appeared in a sealed legal filing and on an “obscure” website.