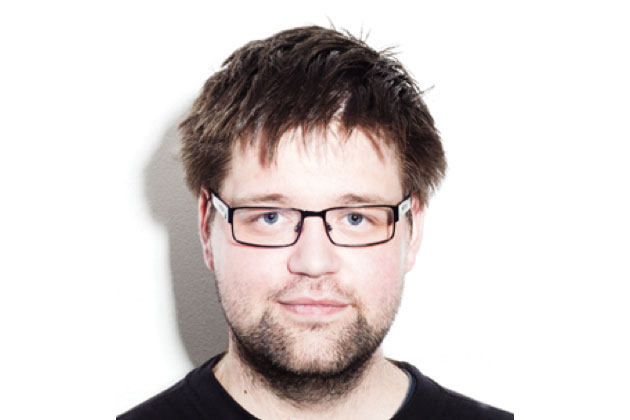 Last week, Herbert Snorrason received a “spammy” looking email from Google informing him that the US District Court for the Eastern District of Virginia had requested the contents of his inbox and other data in 2011. The tech company had complied, handing over a vast amount of his personal information.

Snorrason is a 27-year-old, blue-eyed, bearded Icelandic guy, a self-described anarchist who is finishing up a postgraduate degree at the University of Iceland in international relations. For two months in 2010, he was also a volunteer chat moderator for WikiLeaks, an informal position where he answered user questions and directed people to more knowledgeable staff. The court that requested Snorrason’s info reportedly convened a federal grand jury probe into WikiLeaks founder Julian Assange after the site published sensitive information allegedly provided by Army Pvt. Bradley Manning.

Gag orders for a subpoena and search warrant issued for Snorrason’s Google account were lifted on May 2, so the company was finally able to tell Snorrason that his information had been forked over to US authorities. The company acknowledged providing the feds with the content of his Gmail account, calendar data, contact lists, photos, the email addresses that Snorrason corresponded with, and draft and deleted emails.

“I presume pretty much everyone with both a Google account and a WikiLeaks connection will be getting one of those notices eventually,” Snorrason tells Mother Jones. “It simply seems unlikely that the US government would be requesting information on an Icelandic university student, even if he is a self-declared anarchist.”

Snorrason says that he hasn’t had any contact with Assange since he left the organization in 2010. The ex-volunteer, who first got in touch with WikiLeaks over minor technical issues with documents relating to an Icelandic bank in the summer of 2009, was basically a fly on the wall of the WikiLeaks chat room answering questions because he was familiar with the content, until the Afghan War Diary—a collection of over 91,000 reports authored by US soldiers and intelligence officers describing the war in Afghanistan—was published in July 2010. At that point, he temporarily took a more active role in separating questions and off-topic chatter. But he left after only two months because he was unhappy with the way Assange was shaping the site: “My last conversation with Julian started with him asking me to vet regulars of the chat room, to ‘prove they’re not FBI.’ I refused.”

A subpoena seeking Snorrason’s so-called metadata was issued August 12, 2011, and it requested information including all email, physical addresses associated with his account, the dates of his Gmail sessions, their duration, and the IP addresses from which they originated. The order covered between November 1, 2009, and December 31, 2010. Snorrason says that this request didn’t really surprise him—he figured he was just “caught up in the dragnet around Assange.” Last week, Google notified Smári McCarthy, who worked for WikiLeaks until 2010, of a similar order by the same court. McCarthy’s request asks for metadata between November 1, 2009, and July 14, 2011.

A search warrant (which unlike a subpoena must be issued by a judge based on a demonstration of probable cause) issued on October 14, 2011, demanded Google relinquish Snorrason’s emails, contact lists, pictures, and files, “including any deleted information.” Google only provided him with the first page of the search warrant request, and there is no information about why the search warrant was issued. (Google did not respond to request for comment.) Snorrason says he wasn’t explicitly told that it’s related to the federal investigation into WikiLeaks and Manning, but he wrote in a joint statement with McCarthy, “This investigation, which appears to be winding down as Justice Liam O’Grady felt it safe to unseal the orders, appears to have been conducted not for the purpose of attributing criminal behavior to those guilty of conducting said war crimes and violations of fundamental human rights, but to punish those who performed the public service of making the world aware of them.”

Hanni Fakhoury, a staff attorney at the Electronic Frontier Foundation, says the search warrant issued for Snorrason’s Google account seems overly broad. “People keep tons of email in their inboxes for years and it seems like the government should have to narrow its requests for emails to its investigation or specific to relevant time frames.” But he adds that Google acted appropriately: “Google didn’t do anything wrong. As soon as it received permission allowing it to notify its customer about the orders, it did so promptly. [Snorrason and McCarthy] have a pretty tangential relationship to WikiLeaks. But we’ve already seen the government has been going hard after [WikiLeaks], with subpoenas to supporters and other volunteers.”

The number of data demands directed to Google has been increasing since 2010, when the company reported receiving less than 9,000 requests from federal, state, and local authorities. In 2012, Google received more than 16,400 requests for user information covering 31,000-plus accounts from. Not included in that number are national security letters and demands approved by the top-secret Foreign Intelligence Surveillance Court. (Google is pushing to make requests from this panel public.)

Snorrason says he mostly expects the feds to find that he is “rather a boring person.” But he says he feels that without any kind of explanation of why the order was issued, his privacy has been violated: “The fact that there’s nothing of significance in that account is irrelevant. I very much doubt that they’d have gone for my info if they weren’t on a major fishing expedition.”