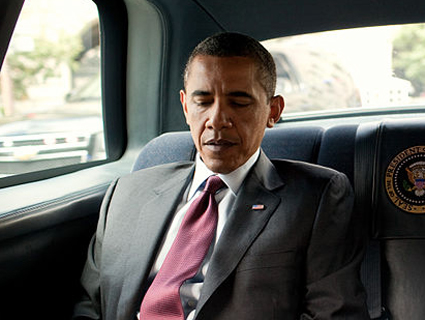 A new rumor is making the rounds—first on Breitbart, then Fox News and beyond—that the Senate’s immigration reform bill contains a provision that could provide free, taxpayer-subsidized cars, scooters, motorcycles, Segways, hovercraft, and god knows what to young Americans. The supposed nationwide government-sponsored “ObamaCar” giveaway would happen during a 15-month period following passage of the legislation. America will grow weaker and poorer; our enemies, foreign and domestic, will be emboldened.

I’ve reached out to the White House for comment on the existence of the government’s top-secret car-gifting plot, but have not yet received a response. Instead of allowing the Obama administration’s silence to fuel any suspicions you may have about the Far-Reaching ObamaCar Conspiracy, here’s a fleck of reassurance: There is absolutely nothing to this allegation. At all. You can add it to the long list of explosively wrong and heinously dumb conservative memes that have cropped up in the Obama era.

“An amendment by [Sen. Bernie] Sanders to the immigration bill would provide a youth jobs program that includes the possibility of transportation and child care services,” PolitiFact notes. “That prompted conservative news outlets to make claims such as, ‘New Immigration bill has taxpayer subsidized Obamacars for youths’…There is no proof to support the idea that the program would include free car, motorcycle or scooter giveaways. In fact, that such a process would end up allowing car giveaways seems laughable.”

And if PolitiFact‘s thorough takedown doesn’t convince you, here’s a fact-check courtesy of the office of Sen. Marco Rubio (R-Fla.)—a man who isn’t exactly known for leaping to President Obama’s defense:

MYTH: The new Hoeven-Corker Amendment creates a special program with taxpayer money to give free cars, motorcycles, or scooters to young people 15 months after the bill passes.

FACT: There are absolutely no cars, motorcycles, or scooters for young Americans in the immigration bill, and no taxpayer dollars will be used to fund the new jobs program for American youth.

So there you have it. If you buy the vehicle-giveaway story, you might as well believe that Marco Rubio chows down on $16 muffins while using his very own Obamaphone to mass-text Friends of Hamas while driving his brand new ObamaCar to work.