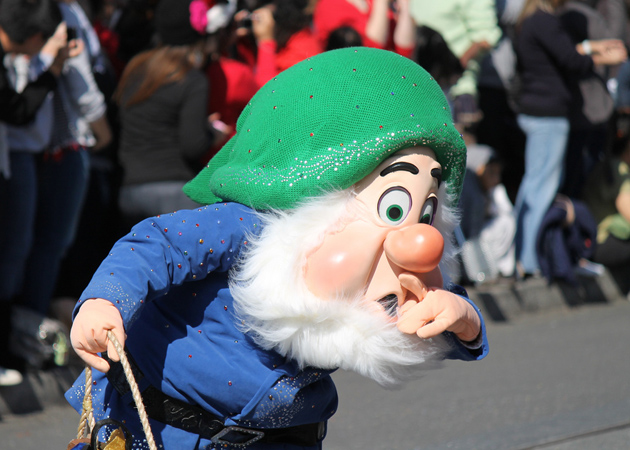 Will your state’s waiters give you the flu? Find out with our interactive map.

Before jetting off last week for a trade mission at the Paris Air Show, Florida Gov. Rick Scott took a moment to sign into law a bill that banned local governments from requiring employers to offer paid sick leave. The restaurant industry and Florida’s big theme parks lobbied hard for the passage of the legislation, which blocked local efforts to give low-wage workers a basic benefit that’s standard in virtually every industrialized country in the world except the United States.

The Florida law is the most recent in a series of victories by low-wage industries that, with the aid of Republican-led state legislatures, have succeeded in derailing or overriding measures providing this benefit to workers. Working behind the scenes in this campaign is a familiar foe of employee rights, the American Legislative Exchange Council (ALEC), whose membership includes a range of major corporations and industry groups. The corporate-funded organization’s model “preemption” legislation—disallowing municipalities from enacting their own paid leave laws—have been introduced by state legislators around the country.

The paid sick leave push is the long-awaited sequel to the federal effort for passage of the Family and Medical Leave Act in the early 1990s. The law allows workers to take up to 12 weeks of unpaid leave after the birth of a child or to care for a sick family member without worrying about getting fired. At the forefront of the paid sick leave campaign are a host of local and national women’s groups that, with labor unions, were also at the vanguard of the FMLA fight.

Paid sick leave is a key women’s issue, since women are increasingly the primary breadwinners for many families, and still the primary caregivers for children. They “are overwhelmingly responsible for taking a kid to the doctor,” points out Vicki Shabo, the director of work and family programs at the National Partnership for Women and Families, so the inability to take paid sick leave affects them disproportionately.

During a hearing on the issue in September, Orange County’s mayor got text messages from a Disney lobbyist coaching her on how to oppose the sick leave vote.

The numbers are sobering: 43 percent of women employed in the private sector don’t have a single paid sick day, and more than half of all working mothers don’t have paid leave they can use to care for sick kids. The figures are even worse for women in low-wage jobs. More than 80 percent of people making less than $8.25 an hour have no sick leave, and women are overrepresented in this category.

Congress hasn’t enacted a major piece of work-family legislation since the FMLA, which took a decade to pass, only to be vetoed twice by George H.W. Bush before Bill Clinton finally signed it into law in 1993. The lack of action at the federal level prompted women’s groups and labor activists to target local governments. In 2006, San Francisco became the first city in the country to require paid sick leave for all workers, even nannies. The measure allows workers to accrue an hour of sick leave for every 30 hours worked, and to use it without penalty. (This works out to about nine sick days a year for full-time employees.) The District of Columbia and Milwaukee followed suit in 2008, and more recently New York City, Seattle, and Portland, Oregon, have passed similar laws. In 2011, Connecticut became the first state to require paid sick days, and statewide bills are in the works in Oregon, New Jersey, and Massachusetts as well.

These successes prompted a backlash from low-wage sectors, particularly the restaurant industry, including such nationwide chains as McDonald’s, Red Lobster, and Taco Bell. Nearly 80 percent of food-service workers lack paid sick leave, and at least half report going to work while ill out of fear of losing their jobs, according to one study. The Centers for Disease Control and Prevention has pointed to the lack of paid sick leave as a major public health threat, because people who work while sick are responsible for a high number of outbreaks of food-borne illnesses. A recent CDC study found that sick workers were responsible for more than half and possibly as much as 80 percent of all norovirus (stomach flu) outbreaks. (In 2008, a norovirus outbreak that left more than 500 people violently ill was traced to a single sick worker at an Ohio Chipotle.)

Nonetheless, the food-service industry has been an aggressive paid sick leave opponent. Its efforts have been bolstered by the wave of tea-party-backed legislators and governors elected in 2010, including Scott Walker, the Republican governor of Wisconsin.

In 2008, Milwaukee residents overwhelmingly passed a referendum requiring local employers to provide workers an hour of accrued sick leave for every 30 hours they worked. The local chamber of commerce sprang to action and sued to prevent the law from taking effect, and then tied it up in court for the next three years. A state court eventually ruled that the ordinance could take effect, but in May 2011, Walker signed into law a preemption bill like Florida’s that overrode Milwaukee’s ordinance and prevented any other local jurisdictions in the state from passing their own paid sick leave measures.

The preemption bill was so popular among business groups that a few months later, at the national ALEC meeting, attendees received copies as a model for other states looking to head off similar measures. Since then, sick leave preemption bills have been introduced in 12 other states, and passed in 8 of them, including Arizona, Indiana, Louisiana, Kansas, Mississippi, and Tennessee.

The Florida bill was an especially bitter defeat for paid sick leave advocates. The movement was gathering steam in Orange County, home to Disney World and the state’s famous theme parks. The county has many low-wage workers, nearly 50 percent of whom don’t have paid sick leave. Last year, a grassroots effort emerged and attempted to let voters decide whether to create a paid sick leave ordinance in the county. Polling showed that the idea was hugely popular, and organizers managed to come up with more than 50,000 petition signatures to put it on the ballot last November.

The conservative board of county commissioners, though, with heavy pressure from Disney and big restaurant chains, repeatedly refused to put the measure on the ballot, arguing that it was, among other things, a “job killer.” During a hearing on the issue in September, Orange County’s mayor got text messages from a Disney lobbyist coaching her on how to oppose the sick leave vote. The local GOP chair also texted commissioners urging them to delay the vote as long as possible so the Legislature could “deliver the kill shot.”

Eventually, a judge ruled in January that the commission had broken the law and ordered the vote to go forward. But it was too late. In April, the GOP-controlled state Legislature did as promised and passed the preemption bill before the ballot measure could be put before the voters.

“These guys are bullies,” says Stephanie Porta, the director of the Orlando-based progressive group Organize Now, which helped put the measure on the ballot, referring to the state Legislature and her local county commissioners.

Supporters of the paid sick leave measure organized a massive campaign to try to persuade Rick Scott to veto the bill. More than 50 organizations collectively representing 2 million people signed on in support; moms wheeled strollers full of petitions to the governor’s office pleading with him to veto the bill.

Organizers initially thought Scott might come through for them. He had vetoed unpopular alimony legislation that would have deprived Florida women of critical support from their ex-husbands. The move won him unexpected plaudits from the National Organization for Women. He’s also been a champion of the idea of “local control,” which is eviscerated by state preemption bills. On top of this, Scott is also up for reelection next year, and as one of the nation’s least popular governors, female voters are crucial voting bloc he can’t afford to lose. That’s why, says Porta, “We thought we had a shot. He needs these women.” But in the end, Scott signed the bill into law.

Stymied in some states, proponents of paid sick leave are back to where they started from—looking to Congress, which could theoretically preempt the state preemption laws by creating national requirements. But if Congress is the best hope for expanded paid sick leave, the odds are pretty bad. The Healthy Families Act, which would create a national sick leave policy, has been reintroduced every year for a decade and gone nowhere. That makes the preemption bills that much more powerful. That’s unfortunate, says Shabo, because paid sick leave laws are “exactly the sort of policy that women and men believe is necessary for them to be good employees and good parents.”