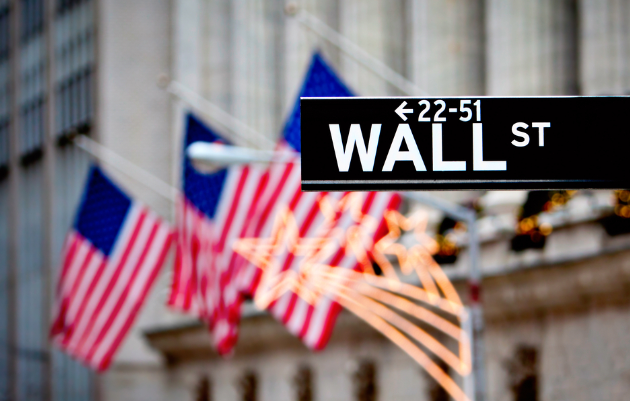 When it comes to financial regulations, Republicans are perhaps best known for pushing efforts that would, say, increase the chances of taxpayers bailing out big banks or allow financial institutions to skirt regs by operating overseas. So what gives with a recent decision by GOP regulators to push tighter Wall Street rules?

Republican members of the Federal Deposit Insurance Corporation (FDIC) have convinced two other Wall Street regulators to make the country’s largest banks keep more capital on hand in case of another financial downturn, the Wall Street Journal reported last week, and regulators are expected to issue the proposed rules Tuesday.

Some background: An international agreement on financial regulations called Basel III requires banks to keep a certain level of safe funds on their balance sheets; it says participating countries must ensure that 3 percent of a bank’s total assets are backed by stockholder money. In the event of a financial downturn, losses would be absorbed by shareholders, and the bank wouldn’t have to be bailed out by taxpayers. The Journal reported that last week, officials at the FDIC, the Federal Reserve, and the Office of the Comptroller of the Currency (OCC) agreed to increase capital requirements for US banks above and beyond what the international agreement requires.

The proposal, which calls for 5 to 6 percent of a bank’s balance sheet to be stockholder-backed, is something the FDIC’s two Republican members, Thomas Hoenig and Jeremiah Norton, had been pushing hard, despite heavy resistance from other regulators.

But what motivated the GOP duo? Mike Konczal, an expert on financial reform at the Roosevelt Institute, says Hoenig and Norton’s reasoning is fairly simple: The FDIC is the agency that would have to bail out failed banks. “This is a major undertaking, and [the FDIC], rather than other regulators or politicians, will be blamed if it goes wrong,” he says. “So they certainly want things to be better situated if that happens.” The capital requirements will “serve as a backup if the ratings agencies…fail in their job again,” Konczal says, referring to the credit-ratings agencies that gave top-notch ratings to junk securities in the lead-up to the financial crisis.

Some financial reformers, however, say that the proposed capital levels aren’t really something to celebrate. The FDIC’s Republicans “are to be congratulated,” says Marc Jarsulic of the advocacy group Better Markets, but “5 to 6 percent is clearly inadequate”—especially since the average loss at banks that the FDIC bailed out between 2006 and 2010 was 25 percent of their assets.

“The baby step just announced is welcome,” says one financial-policy advocate. “But adult steps are necessary.”

Increasing banks’ capital requirements “is necessary, and the baby step just announced is welcome,” says Bart Naylor, a financial-policy advocate at Public Citizen. “But adult steps are necessary.” Along those lines, Sens. David Vitter (R-La.) and Sherrod Brown (D-Ohio) have introduced a bill that would impose a 15 percent capital rule on the largest banks. But it’s highly unlikely the legislation will make it through Congress.

The regulators’ capital-requirements proposal, if finalized, would not take effect until 2019. And even when it does go into effect, it won’t be set in stone, says Jeff Connaughton, a former investment banker and author of The Payoff: Why Wall Street Always Wins. He says the Dodd-Frank financial reform law of 2010 should have forced big banks to downsize so they couldn’t pose such a huge risk to the financial system in the first place.

“Dodd-Frank should have imposed structural reforms on the big banks so we wouldn’t have to worry how…regulators will vote [in] 10 or 20 years,” Connaughton says. “Future bank regulators whose identities we can’t even know today will inevitably fail to stop systemic risk from metastasizing, just like these regulators did in the run-up to the crisis.”