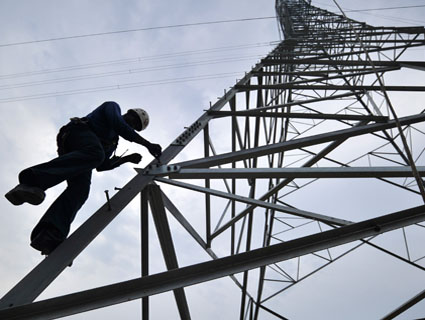 Just one day after US regulators formally accused it of manipulating energy prices, America’s largest bank, JPMorgan Chase, has agreed to pay a record $410 million in penalties.

Specifically, the Federal Energy Regulatory Commission (FERC) accused Chase traders in Houston of devising elaborate schemes that essentially forced electricity grid operators—organizations that manage the flow of electricity—in California and the Midwest to pay for plants to sit idle, causing them to pay more than 80 times the cost of prevailing electricity prices for ten months between 2010 and 2011. Chase’s alleged price-gouging echoes the infamous 2001 Enron scheme, in which the company constricted electricity supply in California in order to jack up prices.

The FERC action comes at a time of increasing scrutiny of banks’ ownership of commodities. Last week, for example, the New York Times questioned whether Goldman Sachs was manipulating the aluminum market through the metal warehouses it controls.

Even though the penalty for Chase’s bad behavior is the largest the FERC has ever slapped on a company, the fine still falls in line with trifling punishments leveled against the bank—and other financial behemoths—for similar egregious behavior. Chase’s $410 million settlement, which was reached on Tuesday and will be divided between ratepayers and the Treasury Department, represents less than two percent of Chase’s record $21.3 billion 2012 profits—or about what it earns in a single week. (FERC has also barred the bank from trading in US energy securities for the next six months.)

Investigators for the agency initially considered holding one Chase executive and a few specific traders individually liable for the allegedly abusive pricing schemes, but ultimately dropped that idea, according to the Times. The bank has denied wrongdoing, and, as Reuters has pointed out, the settlement will put an end to a troublesome “distraction” for Chase CEO Jamie Dimon.

The bank has had other distractions in recent years. In May 2012, Chase lost $6 billion on risky trades out of its London office. So far, the banks has escaped penalty for those actions—US banking regulators merely ordered it to fix the risk-management failures that led to the massive loss.

Sen. Elizabeth Warren (D-Mass.) has repeatedly highlighted the discrepancy between the punishments meted out to ordinary Americans for criminal behavior and those big banks receive for wrongdoing—whether it be tricking consumers into paying higher power prices, causing massive trading losses, or laundering drug money: “If you’re caught with an ounce of cocaine, you’re going to go to jail,” she said at a Senate Banking Committee hearing earlier this year, referring to the giant international bank HSBC. “But if you launder nearly a billion dollars for international cartels and violate sanctions you pay a fine and you go home and sleep in your own bed a night.”