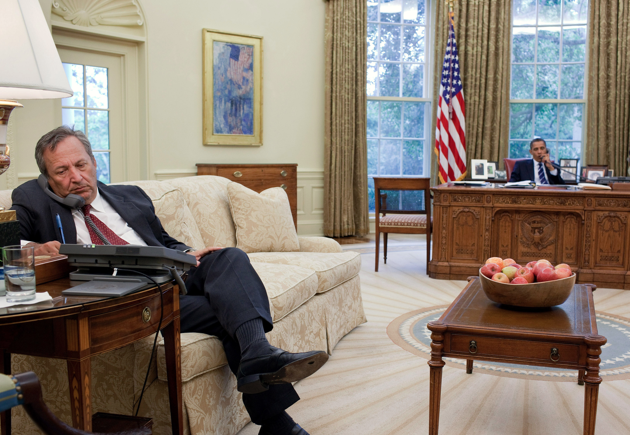 There is a broad consensus among liberal economists that President Barack Obama should most definitely not nominate Larry Summers as the new chairman of the Federal Reserve. Summers, the former Treasury Secretary under President Clinton and the former director of Obama’s National Economic Council, lacks the central banking experience that the other top contender for the position boasts: Janet Yellen, the Fed’s current vice chair, has worked at the Fed for nearly 20 years. The little Summers has said about monetary policy suggests that he may cut back on the stimulus measures that the Fed has deployed since the financial crisis, even though the economy is still struggling. (Oh yeah, and he has implied that women may be “innate[ly]” intellectually inferior.)

But Summers has other troubling attributes. In addition to setting monetary policy, the Fed has important duties as a financial industry watchdog, and financial reform advocates say that Summers’ blatantly pro-Wall Street record would doom current efforts by regulators and Congress to reign in the industry.

Here are six reasons why a Larry Summers Fed chair would be dangerous for financial reform:

1. Summers blocked pre-crash regulation of Wall Street: In the 1990s, Brooksley Born, the former chair of the Commodity Futures Trading Commission (CFTC) under Clinton, noticed that the complex, opaque, and as-yet unregulated derivatives market was rapidly expanding, so she proposed bringing the multi-trillion dollar market under CFTC rules. (Derivatives are financial products whose value is derived from underlying numbers like interest rates or fuel prices.) Summers, who was then Deputy Treasury Secretary, didn’t like that idea. He testified during a 1998 Senate hearing that derivatives regulation wasn’t necessary because Wall Street could be trusted to police itself. His fierce resistance, along with that of then-Fed Chair Alan Greenspan and former Treasury Secretary Robert Rubin, foiled Born’s plans. As New York Times reporter Timothy O’Brien said at the time, “They…shut her up and shut her down.” Partly because of this lack of derivatives oversight, few people saw the 2007 derivatives market meltdown coming.

2. He pushed to repeal the Glass-Steagall Act: In 1999, Summers also played an important role in convincing Congress to repeal the Glass-Steagall Act of 1933, which had for decades forced banks to keep their commercial and investment activities separate. The idea behind Glass-Steagall was that banks that hold customer deposits should not be making wild bets with that money. Repeal of the law allowed commercial banks to get into the mortgage-backed securities market that came crashing down during the financial crisis. “Larry Summers helped give us the last crash,” says Bart Naylor, a financial policy advocate at the consumer advocacy group Public Citizen. “He must not be allowed to operate the heavy equipment of the Fed.”

3. The crisis didn’t teach Summers many lessons: In 2009 and 2010, as Congress was drafting up the sprawling Dodd-Frank financial reform law aimed at preventing another financial collapse, Summers was the “most vocal internal opponent” of the Volcker Rule, which forbids banks from making risky bets with taxpayer money, Noam Scheiber recently wrote at The New Republic. At the time, Summers said it would be impossible to draw a clear line between the trading banks did for themselves and the trading they did for clients, a claim financial reformers dispute. Three years after Dodd-Frank passed, the Volcker rule has yet to be finalized because Wall Street is waging an all-out war against the law. A Fed chair who sides with the financial industry on the rule would not help matters.

4. Larry likes big banks: Summers was also hostile to a proposed addition to the Dodd-Frank law that then-Sen. Ted Kaufman of Delaware introduced, which would have broken up mega-banks into smaller banks. Summers objected to the measure because, he said, it would mean smaller banks “would be at greater risk of failing” if they had taken on too much risk, according to The Payoff: Why Wall Street Always Wins, by Jeff Connaughton. I.e. the institutions would fail if they make bad decisions—something that is supposed to happen in capitalism.

5. No, he really likes big banks: As the Wall Street Journal reported last week, Summers is a paid consultant for Citigroup, and does similar work for Nasdaq, the hedge fund D.E. Shaw, the venture-capital firm Andreessen Horowitz, and Alliance Partners, an asset-management firm. “Optics mean a great deal,” Arthur Wilmarth, a George Washington University law professor told the Journal. “It would certainly be desirable for the Fed chair to be above any possible suspicion that he or she would favor any particular economic or financial interest.”

6. Summers lost Harvard close to $2 billion on bad investments: Summers’ disregard for reigning in risk in the financial sector is mirrored in the way he has handled investments he personally managed. While he was president at Harvard University between 2001 and 2006, Summers invested billions of dollars of the school’s money in a risky mix of stocks, bonds, hedge funds, and private equity. As a result, when the financial crisis hit, the university ended up losing 27 percent—or $1.8 billion—of its $6 billion in cash assets.

Despite his risk-happy ways and deregulatory glee, even Wall Street would rather have Yellen as Fed chair than Summers, according to a recent CNBC poll. Why? Because Yellen favors looser monetary policy—meaning lower interest rates—than Summers. And Wall Street loves itself some easy money.