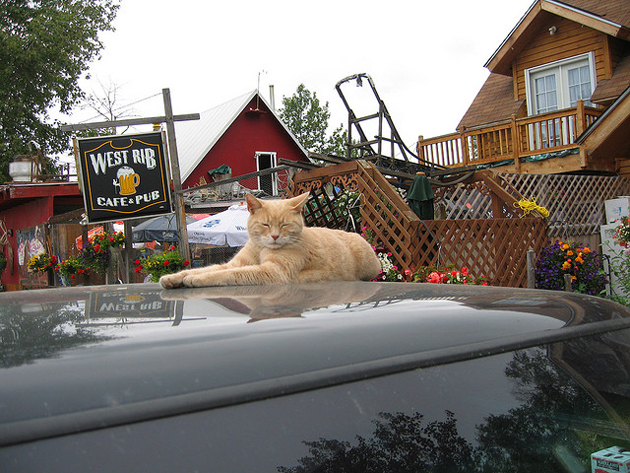 When I visited Alaska last week, much of the state was still reeling from June’s stunning heat wave, featuring numerous record temperatures. That includes 96 degrees in Talkeetna, a bustling tourist town near the base of 20,320-foot-high Mount McKinley (or Denali), featuring gift shops overflowing with moose and bear paraphernalia, restaurants overflowing with salmon and King crabs…and one feline elected official, longtime incumbent @MayorStubbs, who has gotten more than his share of media attention.

Despite the fact that their state is suffering from extreme climate change—Alaska has warmed twice as fast as the lower 48, according to the US Environmental Protection Agency—Alaska politicians haven’t always led on this matter. Sarah Palin, for instance, is a notorious climate change denier. But I hoped Mayor Stubbs might be different. After all, he’s extremely outspoken on Twitter, e.g.:

New Law: Dogs in Talkeetna shall henchforth be known as “Sled Motors.” #WeCanGetThisDone

So naturally, as my fiancée and I drove south through scenic Alaska on our way to Anchorage, and neared Talkeetna, I figured I’d try the Mayor out on the subject of climate change. After all, 96 degrees in his hometown might be considered rather worrisome. First, I tried flattery:

Hey @MayorStubbs, how about an interview with @motherjones & @climatedesk on the subject of #climatechange? I’m in town #catsrule 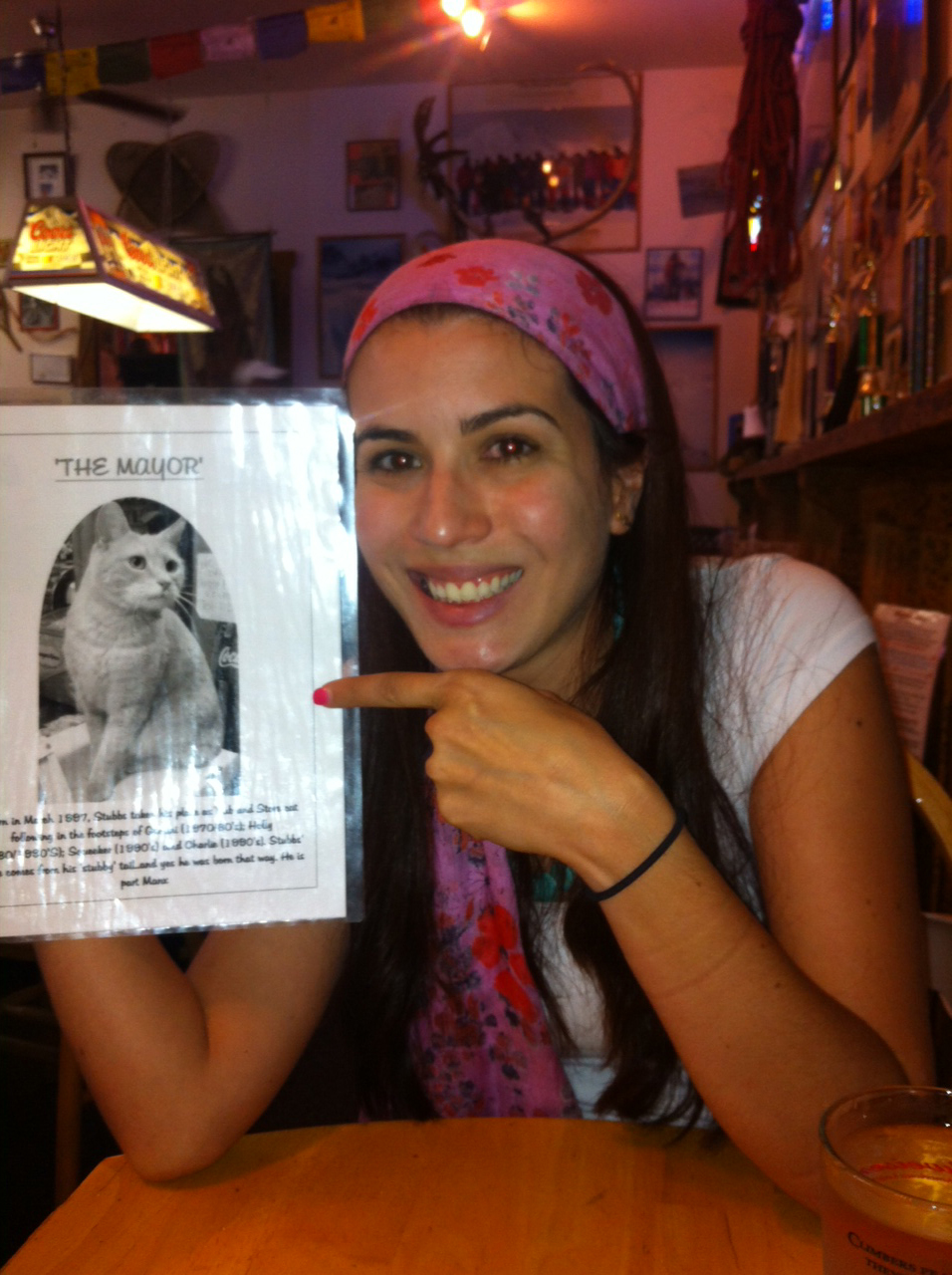 At the West Rib Pub & Grille, my fiancée learns about Mayor Stubbs.

What’s more, when we stopped at the restaurant that serves as one of the Mayor’s haunts—West Rib Pub & Grille—the feline official was nowhere to be found, though documentation of his existence was plentiful (see image). Our friendly waitress explained that Mayor Stubbs was the owner’s cat, but the owner wasn’t in at the moment.

Thus instead of an interview, all I got was a cut finger from being far too careless with some King crab legs. (“Deadliest Catch” indeed.)

Later that night, however, came a coy Tweet from the Mayor:

@chriscmooney @MotherJones @ClimateDesk I don’t generally speak to press. Mainly because I don’t speak. If you haven’t noticed, I’m a cat

This was not exactly a “yes” to my request. Next, I appealed to the Mayor’s sense of civic duty:

This didn’t work either:

.@chriscmooney well, yes that sounds hot but remember, all temps in Talkeetna are reported in ‘cat degrees.’ @MotherJones @ClimateDesk

This left me scratching my head, and wondering whether hot, sunny days might actually be good for Talkeetna, which is chilly much of the year:

.@MayorStubbs Does that mean you’re not worried? Is #climatechange good for business? Nice restaurant, btw, sorry I missed you

One can only conclude, then, that perhaps the Mayor has bigger fish to fry. Or eat.

Or eat before they’re fried by climate change.

.@chriscmooney #ClimateChange is a complicated issue. There’s proof it exists, but some refuse to believe in it. Like intelligence in dogs.

@chriscmooney apologies for the delay. Started my reply hours ago but had business in the Mayor’s Office. My PR guy bought a laser pointer!