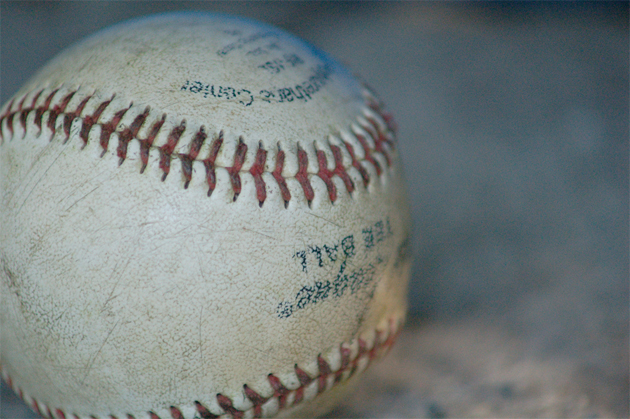 With the NBA and NHL seasons coming to their respective conclusions last month, and football still months away, baseball is the lone remaining major sport as America celebrates Independence Day. In its century and a half of existence, baseball has provided the country with a never-ending stream of heroes, villains, and plenty of folks who sit squarely in between. Below, we’ve rounded up some of our favorite pieces of long-form journalism about America’s complicated relationship with the national pastime.

For more long stories from Mother Jones, check out our longreads archive. And, of course, if you’re not following @longreads and @motherjones on Twitter yet, get on that.

Barry Bonds may have been baseball’s most feared hitter—as well as its most hated. The reigning home run king was denied entry to the Hall of Fame this year thanks to his role as the central figure in the sport’s massive steroid scandal, raising questions about what we value in athletes and their on-field accomplishments.

Perhaps no one has been more ravaged by this new machine than Barry Bonds, the most dominant player of the modern era. At the very moment when Bonds is edging closer to the all-time home-run record, when in another age he would be lionized for his grace and strength, he has become a new kind of archetype—”The poster boy for the modern spoiled athlete” and ”a symbol of baseball’s creeping greed and selfishness, complete with diamond earring.”

Another icon who had a love/hate relationship with his hometown fans, Ted Williams is considered one of the greatest hitters in Major League history even considering the seasons he missed while serving as a fighter pilot in the Korean War. His hatred for the Boston media and refusal to doff his cap to the fans became just as much a part of his legend as his batting crowns and All-Star Game appearances.

The affair between Boston and Ted Williams has been no mere summer romance; it has been a marriage, composed of spats, mutual disappointments, and, toward the end, a mellowing hoard of shared memories. It falls into three stages, which may be termed Youth, Maturity, and Age; or Thesis, Antithesis, and Synthesis; or Jason, Achilles, and Nestor.

In the months that followed, Warrenfeltz was haunted by his friend’s death. He wrestled with why this happened to Adenhart, not to him—why he was allowed to keep playing baseball when Nick couldn’t. Even years later Warrenfeltz would be driving and suddenly have to pull over, tears blurring his vision. Maybe that helps explain why he returned home after finishing college, to make a life in the place his friends once dreamed of leaving. Why he became a coach.

What’s It Like To Sing The Anthem At A Baseball Game? The Story Of One Man’s Perilous Fight | Drew Magary | Deadspin | July 2012

What could be more American than belting out the national anthem before a baseball game? It may be a minor league game, but Magary still makes it his patriotic mission to not screw up too badly.

AND THE ROCKETS’ RED GLAAAAARE…

Singing this part feels like jumping a motorcycle off a rising drawbridge. It’s just a straight crescendo, going up and up and up. If you trip anytime before “glare,” you’re fucking dead. You won’t make it.

Prospect Yewri Guillén died of a preventable bacterial infection at a Washington Nationals training academy in the Dominican Republic. It turns out the Nationals, along with many other MLB teams, have no certified trainers or doctors at their camps, where they risk the health of their Dominican ballplayers to bring cheap talent back to the United States.

Guillén’s death is the worst-case scenario in a recruiting system that treats young Dominicans as second-class prospects, paying them far less than young Americans and sometimes denying them benefits that are standard in the US minor leagues, such as health insurance and professionally trained medical staff. MLB regulations allow teams to troll for talent on the cheap in the Dominican Republic: Unlike American kids, who must have completed high school to sign, Dominicans can be signed as young as 16, when their bodies and their skills are far less developed.