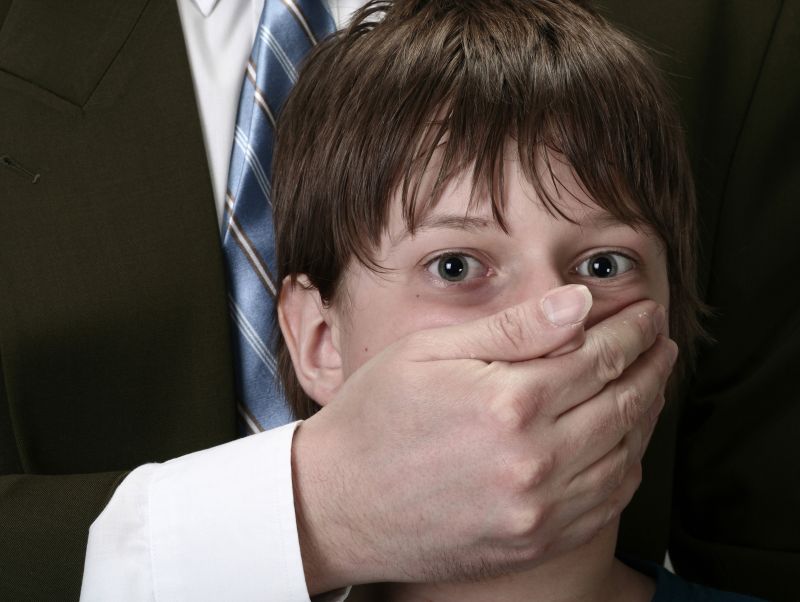 No, not this kid. This is a stock-photo child.<a href="http://www.shutterstock.com/cat.mhtml?lang=en&search_source=search_form&version=llv1&anyorall=all&safesearch=1&searchterm=child+mouth+covered&search_group=#id=3146950&src=gCgNeszkbYr9imDzxT0KIA-1-27">StudioNewmarket</a>/Shutterstock

When a property owner reaches a settlement with an oil or gas driller, it’s not unusual for the company to demand that the plaintiffs in the case agree to a gag order that bars them from talking about the agreement. But a recent case in Pennsylvania is unusual. That’s because the gag order prohibited the 7- and 10-year-old children of a couple that sued several gas companies not only from talking about their specific settlement, but from mentioning fracking at all. Ever.

Chris and Stephanie Hallowich reached a $750,000 settlement with Range Resources Corporation, Williams Gas/Laurel Mountain Midstream, and Markwest Energy related to health and environmental impacts they say they suffered due to natural gas development operations near their farm in Mount Pleasant, Pa. The family used the money to relocate. But in exchange, they had to agree that they could not comment “in any fashion whatsoever about Marcellus Shale/fracking activities.”

The transcript of an August 2011 court hearing indicates that the agreement is also meant to apply to the couple’s two children. In the transcript, the couple’s lawyer, Peter Villari, asked the couple, repeatedly, if they are clear on this fact:

Mr. Villari: You both understand and accept that as written the settlement agreement may apply to your children’s First Amendment rights as well?

Mr. Villari: And you accept that because you, as adults and as legal guardians and parents of these children, are accepting these terms and conditions because you believe it is in the bet interests of not only them but your family?

Mr. Hallowich: Yes, and health reasons. We needed to do this in order to get them out of this situation.

Later in the transcript, a lawyer for one of the gas companies affirmed this interpretation of the settlement. “I guess our position is it does apply to the whole family,” said James Swetz, the lawyer representing Range Resources in the hearing. “We would certainly enforce it.”

Chris Hallowich noted in the transcript that it would be difficult to make sure that their kids don’t “say one of the illegal words” when they’re on the playground, for example. Which makes you wonder what exactly is on this list of “illegal words” that Hallowich and his kids are no longer allowed to utter.

A Range Resources spokesperson, however, told the Pittsburgh Post-Gazette this week that they don’t actually think that:

Matt Pitzarella, a Range Resources spokesman, said Wednesday that the comments by Mr. Swetz are “not something we agree with” and added “we don’t believe the [Hallowich] settlement applies to children.” He also said that Range has entered into no other nondisclosure agreements that bar children from speaking.

It was the Post-Gazette that finally got the court to release the transcript in the first place. The paper’s reporters were barred from the settlement hearing and had to go to court to get the records unsealed. The paper just now got the transcript, but it still hasn’t obtained a copy of the actual settlement agreement, even though it was supposed to be contained in the court record.