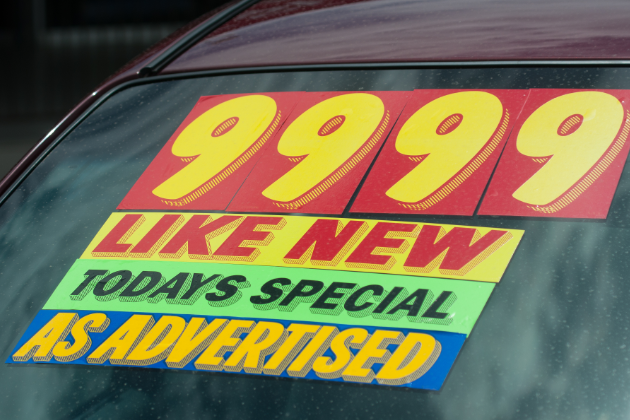 Six years ago, a major Pentagon investigation revealed that shady lenders were taking advantage of active-duty military by roping them into high-risk loans with astronomical interest rates. The Military Lending Act (MLA), which Congress passed in 2007, was supposed to fix the problem by capping annual interest rates on loans to service members at 36 percent. But lenders have found a way around the law, and lawmakers are fed up.

Here’s the problem. When it passed the MLA, Congress left it up to the Defense Department to determine which types of loans would be covered by the interest-rate cap. At the time, Pentagon officials decided to only apply the interest rate cap to closed-end loans, which can only be used once and have to be paid back at a certain time. But the DoD allowed lenders to continue to offer service members high-interest open-end loans, which are like credit cards or lines of credit: they have varying balances, can be used multiple times, and have no set date for full repayment. These loans can sport interest rates of close to 800 percent.

Now members of Congress are pushing for the DoD, which has been reexamining the rule since June, to apply the interest-rate cap to open-end loans, too. Last week, a group of 23 Democratic senators—including Sens. Jack Reed (D-RI), Sherrod Brown (D-Ohio), and Elizabeth Warren (D-Mass.)—and 54 Democratic members of the House of Representatives wrote letters to the DoD demanding the Pentagon expand the interest-rate cap to cover more types of loans.

“Service members that risk their lives to protect our freedoms shouldn’t be victim to predatory lending, period,” Brown said in an email. “The Department of Defense needs to protect service members’ financial security by closing legal loopholes that can be used to exploit military families.”

Members of the military are particularly vulnerable to predatory lenders, who make their profits from a borrower’s inability to pay the loan in full when it’s due and encourage extensions of the loan through refinancing offers that often include additional high fees. “Predatory lenders seek out young and financially inexperienced borrowers who have bank accounts and steady jobs, but also have little in savings, [and] flawed credit,” according to the Pentagon’s 2006 investigation. Lenders will often use military-style images in their ads to create the illusion that they are affiliated with the armed forces, the Pentagon investigation found. And although some states already have their own laws banning high-interest open-end loans, 54 percent of service members are stationed in the 20 states that permit forms of high-cost lending not covered by the DoD rule, according to the Consumer Federation of America (CFA), a consumer advocacy group.

Federal officials, consumer organizations, and veterans groups have joined Congress in the call for tougher protections for soldiers. Thirteen state attorneys general, some 40 consumer rights and civil rights groups, the New York City Department of Consumer Affairs, the American Legion, the Navy Marine Corp Relief Society, and the departments of Veterans Affairs in Illinois, Tennessee, and Washington state, are all calling on the DoD to make more types of lenders subject to the military’s interest rate cap.

“Bankers scamming average citizens on US soil hardly can be defended, but ripping off soldiers…deserves special calumny,” says Bart Naylor, a financial policy advocate at Public Citizen, a consumer advocacy group. “These brave men and women deserve every protection our Congress and regulators can provide.”

Asked by Mother Jones to respond to the calls to broaden its interest rate rule to include more types of lenders, a Pentagon spokesman said that it would be “inappropriate” to comment on the congressional pressure. The Department does educate service members about the dangers of of easy credit, and is currently researching the impact of high-cost credit on service members.

But members of Congress say there’s no time to waste. “We need to stop unscrupulous lenders from targeting our soldiers and potentially saddling them with enormous debt,” Reed said in a statement. “The Department of Defense has the power” to do this, he added.