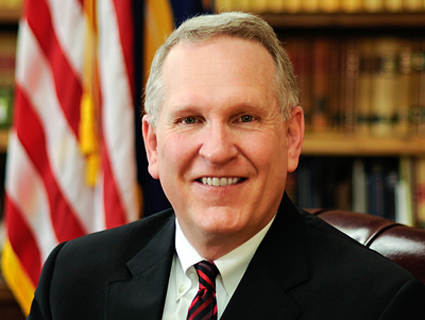 In March, Associated Press reporters sent the Montana Department of Justice a public records request for a copy of the state’s database of concealed firearm permit holders. That’s not especially unusual; the AP has requested such information from the state regularly over the years. But there was a hitch: In 2013, Montana’s legislature passed a new law officially classifying concealed carry data as confidential. Tim Fox, the Republican attorney general, rejected the AP’s request in mid-July—and then proceeded to notify every sheriff and county attorney in the state of what he had done. The AP never wrote about the rejected request, but the word somehow got out anyway:

News of the AP request and Fox’s denial first broke July 24 on the website for Aaron Flint, a conservative Billings commentator and broadcaster with Northern Broadcasting System, who has a daily statewide radio show. Flint said he had received a copy of Fox’s memo from a source outside of the Attorney General’s Office and posted it on his website. A day later, Media Trackers, a conservative Montana website that covers Montana politics and the media, picked up the story.

The reporters who had requested the data found their personal information (including photos of their homes) posted on the Internet, along with thinly-veiled threats, prompting the wire service to file a complaint with the Helena Police Department. The fact that the AP never has and never planned to indiscriminately publish personal information about concealed carry holders in the first place was lost in the angry backlash.

So what is Fox’s response to the threats? Blame the media—for following up on the story.

“All of the media attention on this issue has come from the media,” he told Montana Public Radio’s Dan Boyce on Tuesday. ” I think that’s important to know. Because some reporters have blogged that I have initiated these things and my office has initiated it. But its been the media that’s run with this. That’s what the media does. The media asks for information. They did so on who it was that requested the concealed weapons permit information and then they wrote their stories.”

Although Fox was quick to call the online intimidation “darn-right wrong,” he ultimately warned journalists that reporters should keep such threats in mind when they request public information in the first place: “Whether or not there is a chilling effect I guess the media, the journalistic profession needs to contemplate when they ask for information whether or not they are creating a chilling effect in their own profession.”

Montana isn’t alone in relocating its concealed carry data to an undisclosed location; seven states passed laws to reclassify concealed carry databases as confidential information in the first half of 2013. And Montana’s isn’t even the most strict. Louisiana Gov. Bobby Jindal (R) signed into a law bill last spring that would criminalize the publication of private gun records by journalists.