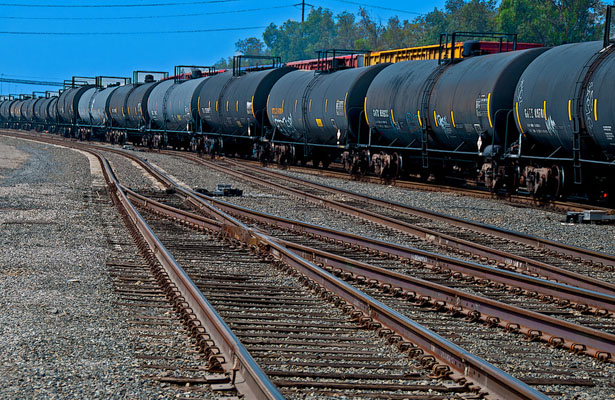 Crude oil really isn’t supposed to explode. But according to a Tuesday article in Bloomberg on the investigation of the July 6 train accident in Quebec that killed 47 people, that might not be true of the oil coming from North Dakota’s booming Bakken region. And three major oil companies have won the right to turn down suspect shipments.

The cases bring together three major trends for the American energy industry: the rapid growth of the oil sands in Alberta and the oil fields of North Dakota, the dizzying increase in the amount of oil being shipped by rail (as pipeline capacities currently fall far short of being able to handle the volume of oil flowing through the states), and the introduction of unexpected variables as oil companies use new and intensive methods of extraction.

According to Bloomberg, Enbridge Inc., Tesoro Corp., and True companies all won the approval of the Federal Energy Regulatory Commission to refuse oil that had high levels of hydrogen sulfide, a highly flammable gas that can be a byproduct of oil production, after they started seeing oil with concentrations tens and even hundreds of times higher than what regulators have deemed safe for exposure. The danger of these elevated levels of gas in the oil was thrown into stark relief on July 6, when an unmanned, runaway train crashed carrying 72 cars of oil. Five of them exploded, killing 47.

“The fact that there were explosions, and crude oil is not supposed to explode, raises a lot of suspicions as to whether there were other chemicals and so on added to oil in the process before the shipment,” Edward Burkhardt, chief executive officer of Rail World Inc., which owns the Montreal and Maine railway, said in an interview.

“Crude oil doesn’t usually explode and burn with the ferocity that this train did,” Burton said.

But the preponderance of flammable gas is only part of the story. The companies also raised concerns, separately, that chemicals used in hydraulic fracturing, like hydrochloric acid, was also finding its way into the mix, corroding the insides of the rail cars and compromising their integrity. Hydraulic fracturing, also known as fracking, injects high volumes of water, sand, and chemicals into shale formations to create fissures and release trapped oil and gas, and is how much of North Dakota’s oil is produced.

All of this is made more important because of how much oil is moving by rail. North Dakota, now the second biggest oil producer in the states, has seen a fivefold increase in its output since 2008, with production rising to 790,000 barrels per day this year, and 75 percent of that is shipped by rail. The combination of North Dakota’s boom and spiking production in Alberta’s tar sands has contributed to a 48-percent uptick in oil moved by rail since this time last year. And the rate has roughly doubled since 2011, according to the US Energy Information Agency. Bakken alone saw more than a tenfold increase in oil shipped by rail between 2010 and 2012, and plans were just announced for a rail oil terminal in Western Canada—where the embroiled Keystone XL would originate—that would almost rival the besieged pipeline’s capacity of 850,000 barrels per day.

As long as pipelines lag behind the industry’s demand, oil will be riding the rails, no matter what the risk.