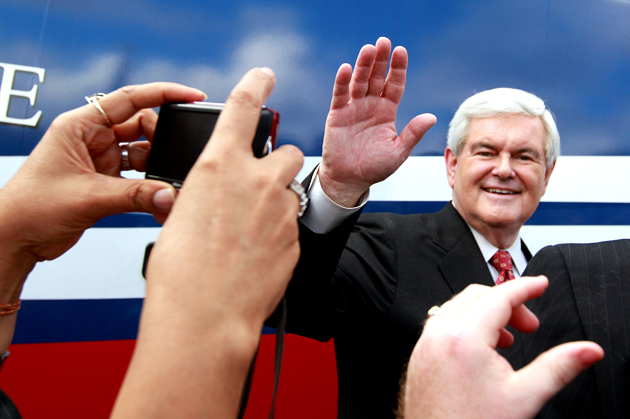 Republicans have pulled out all the stops to kill Obamacare, the president’s landmark health care law that requires every American to purchase health insurance by 2014. There have been lawsuits; there have been bills (40 in the House so far); there has been a Supreme Court case—all aimed at rolling back a law that that the GOP says is an assault on individual liberty. Now, with only a few more months to go until the individual mandate—the requirement that we all have coverage—kicks in, Republicans are frantic; some are even threatening to force the United States to default on its debts if Democrats don’t agree to delay the law.

This is odd because the individual mandate, the cornerstone of Obamacare, was originally a conservative idea. It was first proposed by the Heritage Foundation in 1989. And scores of Republicans—not just Mitt Romney—have backed the idea in the past couple of decades. Here are some of the GOPers who supported Obamacare before Obama:

1. Rick Santorum? The Allentown Morning Call reported several times in 1994 that Santorum wanted to “require individuals to buy health insurance rather than forcing employers to pay for benefits.” Santorum denies allegations that he ever supported an individual mandate.

2. President George H.W. Bush: In 1991, Mark Pauly, an adviser to the first Bush, and now a conservative health economist, came up with a Heritage-style health care proposal for the president as an alternative to the employer-based mandate that Democrats were pushing at the time.

3. Former Vice President Dan Quayle: He was down with the Heritage idea too.

4. Mitt Romney: Romneycare was Romney’s signature legislative achievement as governor of Massachusetts, and it served as a model for Obamacare. During the 2012 campaign, the presidential contender had trouble deciding what his position was on Obamacare, and he deflected the blame for having conceived a similar plan; at one debate he noted that “we got the idea of an individual mandate…from [Newt Gingrich].”

5. Newt Gingrich: Though he reversed his position in May 2011, Gingrich had been a big supporter of the individual mandate since his early days in the House. In 1992 and 1993, when Republicans were looking for alternatives to Hillary Clinton’s health care plan, many, including then-House minority whip Gingrich, backed the Heritage idea. (Gingrich has said that most conservatives supported an individual mandate for health insurance at the time.)

Twenty of his fellow GOPers cosponsored a 1993 health care bill which included an individual mandate and vouchers for poor people. As health scholar Avik Roy wrote at Forbes in 2012, “Given that there were 43 Republicans in the Senate of the 103rd Congress, these 20 comprised nearly half of the Republican Senate Caucus at that time.” Here are those lawmakers:

Many of these folks changed their minds after the individual mandate became a Dem idea. Here is Hatch in 2010: “Congress has never crossed the line between regulating what people choose to do and ordering them to do it,” he said of Obama’s health care law. “The difference between regulating and requiring is liberty.”