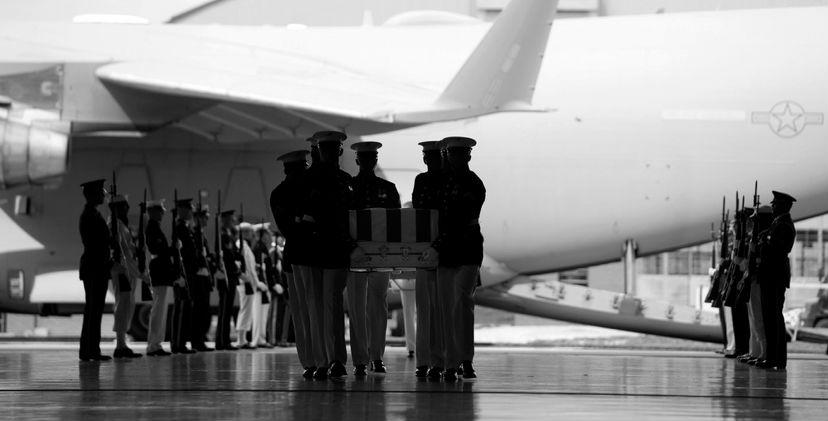 The caskets of US Ambassador to Libya J. Christopher Stevens, Foreign Service officer Sean Smith, and security officers Tyrone S. Woods and Glen A. Doherty<a href="http://www.flickr.com/photos/secdef/7987131153/">Erin A. Kirk-Cuomo</a>/DOD, via Flickr

Wednesday marks the 12-year anniversary of the 9/11 attacks—and the first anniversary of the Benghazi, Libya, terror attack that left four Americans dead, including ambassador Christopher Stevens. It’s a tragedy that partisans have exploited ever since, trying to create an explosive Obama scandal (“Watergate and Iran-Contra together and multiply it times maybe 10 or so,” as GOP Rep. Steve King described it) that quite frankly just isn’t there.

On Tuesday, the Heritage Foundation, one of DC’s conservative think tanks, hosted an event marking the anniversary of Benghazi-gate. Allen West—the former congressman and one-term tea party hero who plays fast and loose with facts—delivered the keynote. He discussed the supposed cover-up perpetrated by high-ranking officials (a claim hyped loudly by GOP lawmakers, Fox News, and other right-wing news outlets), as well as the “unintended consequences” of intervening in Libya—as well as Syria. “You cannot talk about Syria unless you talk about what occurred in Libya,” West said.

“I find it very hypocritical that at this moment in time the American people are being told that they have a moral obligation to go into Syria because of the chemical gas attacks, yet I never heard the same type of indignation coming from the president, nor this administration, when our national security interests were attacked” in Benghazi, he added toward the end of his address. “If there was a time to commit the United States forces to do something, that would’ve been the time. I guarantee you, you would’ve had old retirees like me saying, ‘I’ll suit up, I’ll go.'”

On Facebook, West pushed the Benghazi-Syria link more aggressively. “It’s Obama and his acolytes are [sic] embarking upon a media blitz to convey a failing message of US military engagement in Syria,” he posted on Sunday. “Why should we listen to President Obama?…This week we shall remember the four Americans who were abandoned by Barack Hussein Obama and Hillary Clinton as they came under attack a year ago on 9-11…Starting Monday through Tuesday evening, melt down the White House phone lines, email, Facebook, and Obama’s twitter with a simple message, “Remember the Benghazi 4.”…NO to military action in Syria. Remember the Benghazi 4!”

This line of rhetoric isn’t unique to West. Even since the national debate over intervention in Syria began, many conservatives have been eager to bring up Benghazi, non sequiturs be damned. Here’s a breakdown of their key arguments and conspiracy theories.

1. Team Obama is devoid of credibility because of Benghazi.

2. Obama is wagging the dog.

3. Bombing Syria is taking our eyes off of the jihadist ball.

So there you have it, a new conservative meme: What’s going on with Syria—the chemical weapons, the tens of thousands of people slaughtered, the refugee crisis, the potential airstrikes—is kind of a big deal, but…Benghazi.