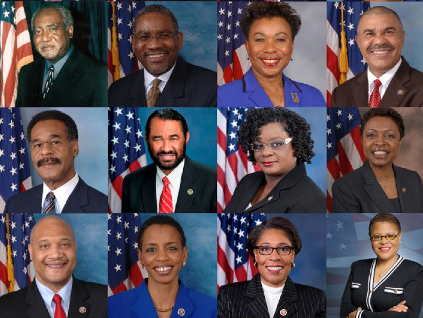 This story has been corrected.*

For decades, the Congressional Black Caucus has been a champion of progressive politics and policy on Capitol Hill. Its members are some of the most liberal lawmakers in the US House of Representatives. But CBC members have recently forged a close relationship with a major Washington player that would probably surprise many who view the group as a left-of-center bastion: lobbyists for Big Finance.

The most recent display of these cozy ties arrived on Tuesday, when caucus staff attended a private meeting with a bevy of industry lobbyists fighting a Labor Department proposal to impose regulations on investment advisers. The caucus, meanwhile, has ignored repeated requests from the Labor Department to brief its members on the new rule it is considering, which is intended to protect the retirement accounts of American workers from unscrupulous advisers. The industry’s briefing with CBC staff comes a week before a House vote is scheduled on a bill that would block the new protections.

This isn’t the first time CBC members have allied themselves with the industry lobby on this matter. In June, 28 of the 43 members of the caucus signed a letter to the Department of Labor opposing the rule. The letter turned out to have been ghost-written by a lobbyist for the Financial Services Institute.

The obscure rule the Labor Department is considering would strengthen current regulations on retirement investment advisers, requiring them to act in the best interests of their clients. As I reported in August:

The current law doesn’t do enough to prevent unscrupulous investment brokers from parking Americans’ hard-earned cash in high-fee investments that benefit themselves, even if it’s not in their customers best interests, argues Barbara Roper, director of investor protection at the Consumer Federation of America.

Current Labor Department regulations governing retirement investment advisers date back to 1974, when most people had traditional pension plans that left few decisions to workers. Today, most employees have to figure out how to invest their retirement money on their own. Each year, according to the Congressional Research Service, about 10 million people change jobs and must move their retirement money from employee-sponsored 401(k) plans into individual retirement accounts. As Americans seek advice on what to do with those IRAs, they often consult advisers who stand to profit by duping investors into making unnecessary high-fee investments.

“This rule is about protecting people from conflicts of interest,” says Phyllis Borzi, the Department of Labor’s assistant secretary for employee benefits security, who is spearheading the push for a stronger investment adviser rule. “Those conflicts harm everyone who is doing the right thing and trying to save.”

The financial industry, however, is opposed to the rule because it would slice into the profits of investment advisers. On Tuesday, lobbyists from the Financial Services Roundtable, Fidelity Investments, the American Benefits Council, and UBS bank were given an audience with CBC staff to make their case against the proposed protections. (Mother Jones tried to attend the meeting, but was informed it was closed to the media.) Meanwhile, the CBC has shut out the Labor Department; the agency’s several attempts to schedule a meeting with the CBC—the latest in June—have been met with silence.

It makes sense that the industry would target the CBC to press its case on this issue… But why the CBC is playing along is more mystifying.

It makes sense that the industry would target the CBC to press its case on this issue. Since the caucus has long backed progressive policies that help working class and minority folks, criticism of the DoL’s new rule from CBC members could help the financial industry make the case that there is widespread concern about the change. But why the CBC is playing along is more mystifying.

“Anyone who cares about getting the right result [on the DoL’s retirement adviser rule] should really want to hear both sides,” says Steve Hall, an expert on the rule at the financial reform group Better Markets. “If industry is going to come in and discuss it with the caucus, that’s fine, but at a minimum, give [the DoL] a fair chance to come in and present the other side of the story.”

Marcus Stanley, policy director at the advocacy group Americans for Financial Reform, adds that “Elected officials need to represent the interests of over 50 million constituents with self-directed retirement savings, not [just] the interests of financial industry insiders who can benefit by giving self-serving advice.”

Ayofemi Kirby, a spokeswoman for CBC chairwoman Rep. Marcia Fudge (D-Ohio), says Tuesday’s meeting with the lobbyists wasn’t technically sponsored by the caucus itself, but by a member, Rep. Terri Sewell (D-Ala.). Yet that’s not how the meeting was billed in an email, obtained by Mother Jones, that was sent to caucus members by CBC policy director Hassan Christian. The message advertised the event as a “CBC Staff Briefing on Department of Labor’s Re-Proposal on the ERISA Fiduciary Duty Rule.” An email to a CBC staffer from the Securities Industry and Financial Markets Association (SIFMA), an industry trade group, also characterized the briefing as a “CBC Staff Briefing.” Kirby says the briefing should not have been advertised as exclusive to CBC staff. A spokeswoman for Sewell says the lawmaker “values the importance of hearing both sides.” Yet, with a vote looming on a bill that would weaken and indefinitely delay the DoL’s new investor protection rule, members of the CBC have only leant their ears to one side.

The investment industry says that stricter regulations could cause retirement advisors to leave the profession and “could harm many lower and moderate income savers by increasing their costs and reducing access to investment guidance and education,” according to materials distributed by the industry to Hill staffers in advance of Tuesday’s briefing.

The investment industry’s position, Hall says, is essentially: “‘If we have to give honest, unconflicted financial advice to our clients then it’s not worth it,’ which is frankly absurd.”

Correction: This article originally stated that CBC lawmakers attended Tuesday’s briefing. The briefing was not attended by CBC members, but by CBC staffers, and staffers from other Democratic lawmakers’ offices, according to CBC chair spokeswoman Ayofemi Kirby.

The CBC also disputes the fact that the DoL asked to brief the entire caucus on the rule. Kirby says that the DoL only requested to speak with CBC chair Marcia Fudge.