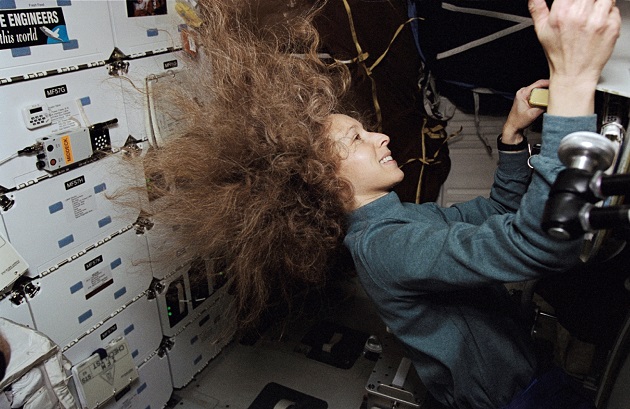 There aren’t many people on Earth who have spent more of their life in space than Marsha Ivins.

A veteran of five Space Shuttle missions—in 1990, 1992, 1994, 1997, and 2001—Ivins has spent a total of 55 days in orbit, on missions devoted to such diverse tasks as deploying satellites, conducting scientific research, and docking with Mir and the International Space Station. Her jobs? Flight engineer, load master, robot arm operator, and photography manager, among other things.

In this interview (click above to stream audio or watch the video below) with Inquiring Minds cohost Indre Viskontas, Ivins relates what it’s like to live in orbit—for instance, how your body and brain slowly adapt to the fact that no single direction is up or down. She also discusses some things you might not have known about space: why astronauts tend to be type-A personalities, for instance, and why Canada is so proud of the International Space Station’s robotic arm.

Plus, for the benefit of geeks across the universe, Ivins explains why the Borg cube from Star Trek can maneuver just as well as any starfighter that Hollywood has ever dreamed up. “In space, they’re one and the same,” says Ivins. 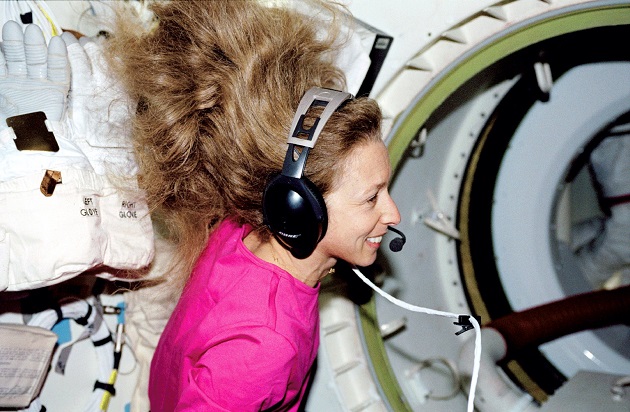 In the interview, Ivins reflects broadly on where human space endeavors now stand. She discusses why publicly supported space missions are still vital, what it will take to get us to Mars and beyond, and why solving advanced space travel problems (problems involving energy and propulsion) might simultaneously help us solve many of our problems on Earth—perhaps including global warming.

The interview comes at a dismaying time for the US space program. Compared with the space race heyday of the 1960s, the percentage of the federal budget devoted to NASA has steadily dwindled. “We spent 4 and a half percent of the fiscal budget, and we went to the moon, from having never been to space, in nine years,” says Ivins on the show. “That’s astounding. And we did that, and the United States was the technological leader of the globe from that point on. Not so much any more.” Today the NASA budget is about half a percent of total federal expenditures. As Neil deGrasse Tyson has noted, that means that if you held up a US taxpayer’s dollar, and cut into it that much, “it doesn’t even get you into the ink.”

Moreover, it’s not clear that private space initiatives are the answer to the problem. “Space exploration is not an immediate payback, fiscally or otherwise,” Ivins says. “It is a generational kind of investment. And the only group that can afford to make that kind of an investment is a government.” 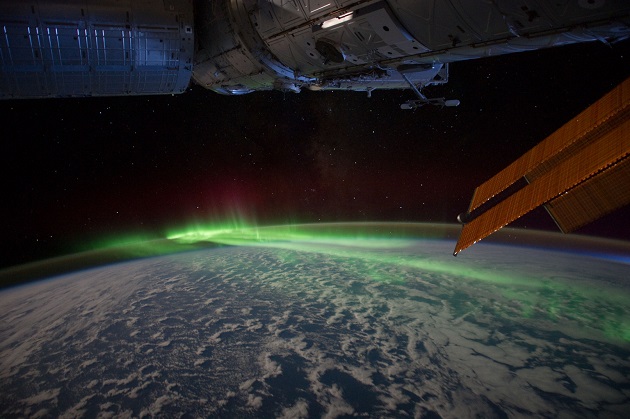 Ivins believes there would be dramatic payoffs from large-scale space exploration investments, of the sort that the United States made in the 1960s. That might include developing new sources of renewable energy that would not only be vital for long-range space travel, but could also help solve problems, like global warming, here at home. “When you develop something, in order to enable something like a space mission to Mars, it’s got enormous payback on the Earth,” says Ivins. 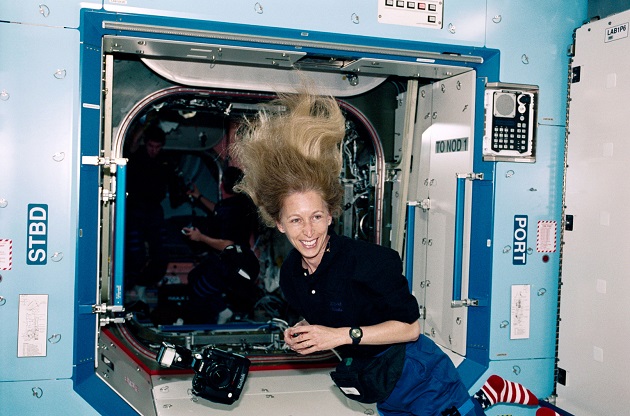 More generally, Ivins thinks our culture simply needs to fall back in love with space, and what it means that humanity can, if it chooses, go there. “You are off the planet. Think about those words. ‘I am off the planet.’ You don’t get to say that [much].

The podcast interview with Marsha Ivins is available for audio livestream and also as video. The video is also embedded below.

This episode of Inquiring Minds also features a discussion about new developments in science, including research suggesting that political biases are so pervasive that they can interfere with your ability to do math, and mounting evidence of the dangers of head injuries received from playing football.