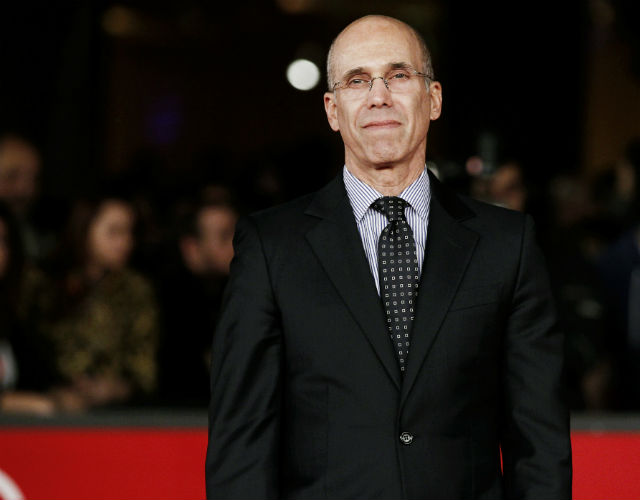 Jeffrey Katzenberg, the movie mogul and Democratic kingmaker, raised more than $1 million for Grimes at a recent fundraiser at the Spago restaurant in Beverly Hills, according to the Hollywood Reporter. Katzenberg, who marshaled more than $30 million to reelect President Obama, has trained his sights on the McConnell-Grimes race for 2014 election season.

In an email to potential donors sent earlier this month, Katzenberg said of the Kentucky Senate race, “There is no more important election being held next year in this country.” Katzenberg wrote that he sees McConnell as an obstructionist who has crippled the US Senate and hurt the democratic process in Congress. “Alison is the antidote to McConnell and all he represents,” Katzenberg wrote. “She can win, and she will win if she gets the support she needs.”

Here’s more on Katzenberg’s fundraiser from the Hollywood Reporter:

As the event concluded shortly before 8 p.m. and the room emptied out, the studio head and his political adviser, Andy Spahn, lingered at a table chatting with the candidate. As Grimes made her own exit, she paused to thank lingering campaign staff members, who laughingly told her the effort “came from the top down,” a reference to the intense hands-on role Katzenberg took in orchestrating the visit.

Asked for names of donors, Katzenberg simply responded, “Everybody.”

The total was particularly impressive since individual donors can contribute only $5,200 to a candidate for federal office.

One of the Hollywood insiders who sized Grimes up during the whirlwind visit told THR that—while there are no formal records kept–the $1 million total is thought to be a record for a single visit by a senatorial candidate raising money in the L.A. entertainment industry.

A knowledgeable source also told THR that Katzenberg is preparing to renew his strong support for Democratic Super PACs as a way to level the electoral playing field in Kentucky, where Republican independent expenditure committees are expected to spend major cash to secure McConnell’s reelection.

Grimes herself made a strong impression at the luncheon, cocktail event and private meetings she attended during a visit that began Wednesday and wrapped up Thursday night. “I spent some time talking with her,” said one Hollywood supporter. “She’s very smart, very attractive, very poised. She has a good story about her Kentucky roots and her life there. She is very serious. She really wants to win this.