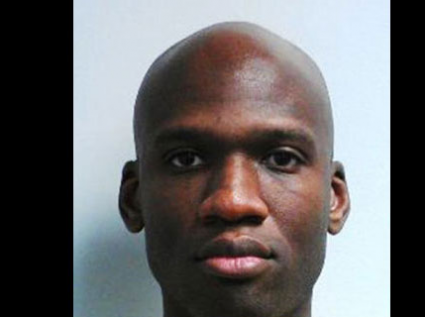 Following Aaron Alexis’ Navy Yard shooting spree on Monday, during which he reportedly killed 12 people, media reports have noted that the 34-year-old had several previous run-ins with the law, including two arrests for firearms violations. But the government subcontractor that employed Alexis to do IT work, The Experts Inc., says it ran two background checks on Alexis—one as recently as June—and they turned up nothing more than a traffic ticket.

“The suspect had been employed by The Experts for approximately six months over the last year, during which time we enlisted a service to perform two background checks and we confirmed twice through the Department of Defense his Secret government clearance,” Lou Colasuonno, a spokesman for The Experts Inc., tells Mother Jones in an email. “The latest background check and security clearance confirmation were in late June of 2013 and revealed no issues other than one minor traffic violation.”

Colasuonno did not respond to an inquiry asking which service his company had used to conduct the background checks. But evidence of Alexis’ possible criminal record was not hard to come by. A cursory internet search reveals that the former Navy reservist was arrested in 2010 for a firearms violation in Fort Worth, Texas, after he fired a gun into his downstairs neighbor’s apartment. A mug shot from that arrest was on the internet and indicated that Alexis had been cited for a firearms violation. He was also charged with shooting out the tires of a car in Seattle in 2004, during what he called an anger-fueled blackout (The outcome of the case is unclear.) According to the Navy, Alexis was cited at least eight times for misconduct during his time in the military.

The Navy has not issued any statements regarding the investigations it conducted related to Alexis’ security clearance. The Experts, founded in 1998, provides IT, engineering, and telecom services to Fortune 500 companies and the federal government. The company has a subcontract with Hewlett Packard to provide IT services to the Navy and Marine Corps, which Alexis had been assigned to.

Jon Nichols, a former contractor for The Experts who is now an intelligence analyst for a tech firm in New York City, tells Mother Jones he performed an IT job similar to the one that Alexis had with the company. It entailed flying out weekly to one of dozens of military bases in the United States and abroad to perform basic computer upgrades.