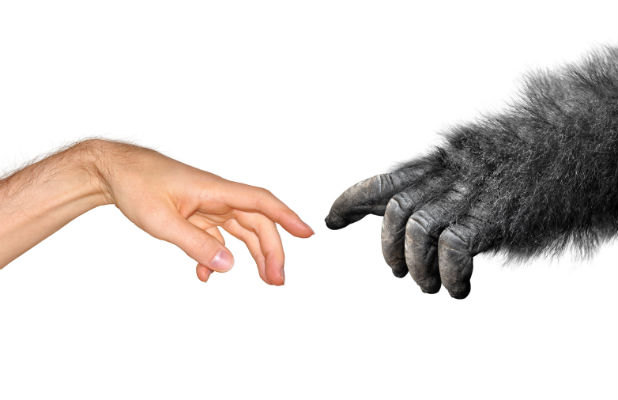 If social conservatives on the Texas State Board of Education have their way, the science textbooks used in the state’s public schools will be rewritten to promote an anti-abortion agenda, cast doubt on evolution, and sow skepticism about global warming.

Texas is in the midst of its decennial process of approving textbooks for use in the state’s public schools, a historically contentious event. Since July, board-appointed panels of citizen reviewers have been poring over draft science textbooks and haggling with publishers over their contents. The process has been playing out behind closed doors. But last week, the Texas Freedom Network, a liberal watchdog group, obtained the panels’ official comments on high school biology textbooks, which show that reviewers have pushed to include creationist views, undermine climate science, and add disputed information on fetal development that’s often cited by anti-abortion activists. These local efforts have wide-reaching implications. Because Texas has one of the largest public schools systems and some of the most rigid textbook requirements, publishers have traditionally tailored the classroom materials they sell nationwide to the Texas market.

On Tuesday, the State Board of Education held a public hearing on the textbooks under consideration, where some of the main players in the controversy weighed in. Their comments, especially on the topics of evolution and climate change, offer an illuminating glimpse into the contentious textbook debate playing out in Texas.

One of the biology textbook reviewers who voiced his views at the hearing was Ide Trotter, a retired dean at Dallas Baptist University and a tireless anti-evolution activist. He asserted that Darwinism was “dead” and complained that the textbooks under review treat evolution as an established fact. “Nothing could be further from the truth,” he argued.

Another member of the biology textbook review panel, Ray Bohlin, who is a vice president at the anti-evolution Probe Ministries, attacked the notion that skepticism about evolution was the domain of “some religiously motivated, uneducated minority.” In an interview with Mother Jones, he also expounded on the theory, outlined in his textbook reviews, that carbon dioxide doesn’t cause climate change:

(Contrary to Bohlin’s claims, the link between carbon dioxide and climate change is well established and global temperatures are rising; 7 of the 10 hottest years on record in the United States have happened since 1998, according to National Oceanic and Atmospheric Administration.)

Conservative school board members at the hearing were indignant that the comments of reviewers like Bohlin and Trotter had become the subject of controversy. “It seems like we’re getting a lot of nitpicking on what one evaluator said out of 600 or something,” complained Barbara Cargill, the board of education’s chairwoman. (In fact, only 28 reviewers were assigned to biology textbooks, and more than one suggested muddying accepted scientific principles.) Another board member, San Antonio Republican Ken Mercer, likened the criticism of pro-creationist reviewers—and educators who challenged evolution in general—to “a religious test,” suggesting it was a form of religious discrimination. “That should never happen in a place called the United States of America,” Mercer said.

Oddly, Don McLeroy, the former chairman of the board of education, who during his 13-year tenure on the board led the crusade to inject creationism into textbooks, claimed he was pleased the draft textbooks under consideration don’t currently include biblical accounts of creation. He also claimed that he supported adopting them without any changes reviewers might propose. Why? Because, according to McLeroy’s convoluted logic, presenting evolution without any alternative explanations for life on our planet would strike “the final blow” to evolutionary theory by exposing how weak the evidence for evolution truly is. Some of the school board’s more moderate members were understandably perplexed by his line of reasoning.

The battle over Texas textbooks dates back to the 1960s, when a working-class couple named Norma and Mel Gabler discovered they could shape textbooks by weighing in during the selection process. Each cycle, the pair would descend on school board meetings armed with lengthy lists of proposed changes—at one point, their “scroll of shame” reached 54 feet long.

In response to the Gablers and other conservative activists, the school board eventually began demanding that publishers make hundreds changes to textbooks each cycle. Publishers obliged. In 1984, for example, People for the American Way, which advocates for the separation of church and state, reviewed the biology textbooks presented for adoption in Texas and found that three of them made no mention of evolution whatsoever. At least two of these books were later adopted or sold in other states.

In the 1990’s, hardline social conservatives started targeting seats on the school board itself. By 2009, when the board began laying the groundwork for the current textbook approval process, religious conservatives effectively controlled the board, and creationist Don McLeroy was chairman. The board rewrote the state’s standards for textbook publishers, infusing them with ultra-conservative views. For example: Despite the overwhelming consensus among scientists that climate change exists and is caused by human activity, the current guidelines require textbooks to “analyze and evaluate different views on the existence of global warming.”

Since 2009, several members of the conservative bloc, including McLeroy, have been toppled in primaries. But not before they appointed at least six evolution skeptics to the review panels that are evaluating new science textbooks based on the 2009 standards. Besides Trotter and Bohlin, the list includes Walter Bradley, coauthor of The Mystery of Life’s Origins, a tract that helped pave the way for the intelligent design movement. Significantly, few of the citizen reviewers appointed by the board have relevant science backgrounds.

Because the reviewers’ meetings and their negotiations with publishers are happening in private, it’s unclear how much they’re actually influencing the textbooks, which are up for adoption in November. But the few biologists on the review panels are concerned. In a letter to the board last week, Jimmy Gollihar, a biology Ph.D. student at University of Texas-Austin, took aim at his fellow reviewers’ ignorance about science:

The net result of having a huge raft of non-scientists on the panels was that rather than checking for factual errors in the texts I was put into the position of having to painstakingly educate other panel members on past and current literature. Somewhat unsurprisingly, a reviewer from another table, who is also a well-known creationist without any training in biology, was quite proud that he was the one reviewing the sections on evolution for his table…with no scientific counterpoint to be had.

Gollihar also alleged that Cargill, the board chair, was interfering in the panels’ work and trying “to steer the independent review process” toward an anti-evolution agenda. In closing, he implored the board to fix the adoption process, which he described as “either broken or corrupt,” so the “next generation of students from our state is equipped with a solid foundation in the biological sciences and can compete globally. Future panel members should be experts in their respective fields, preferably practicing scientists up to date on the modern information that students need.” It’s a worthy argument, but it’s almost certain to be lost on the Texas textbook crusaders.