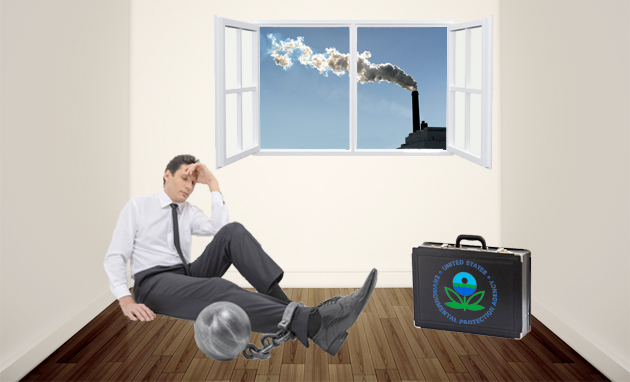 Tuesday morning, 94 percent of the Environmental Protection Agency’s 16,000 workers were furloughed due to the government shutdown.

“They basically lock things up, batten things down, which takes a few hours, then a vast majority of people are sent home,” says consultant Dina Kruger, who worked at the EPA during the 1996 government shutdown.

To make sense of what it means that over 15,000 EPA employees are now sitting at home instead of working, consider how many facets of the environment the agency has its hands in: The EPA monitors air quality, regulates pesticides and waste, cleans up hazardous chemical spills, and ensures that people have safe drinking water, among other things. Now, according to the plan it laid out for the shutdown, only some workers will be on hand to respond to emergencies and to monitor labs and property.

That means the EPA will temporarily halt cleanup at 507 superfund sites across the country, the agency told the Huffington Post. Sites where the EPA was cleaning up hazardous chemicals are shuttered in any situation where closing them down won’t be an immediate threat to the surroundings. This will slow down cleanups and tack on additional costs that will accrue as these contaminated sites are left to their own devices, says Scott Slesinger, legislative director at the National Resources Defense Council and a former EPA employee. “The only sites that would be exempted would be those that, if they stopped working tomorrow, contaminants will immediately get into the drinking water,” Slesinger says.

Rules and regulations that the EPA usually makes could be delayed, too. But President Obama’s recent proposal for stricter regulations for power plants could stay on track, according to Kruger. “For something that’s very early in its process, it’s certainly possible that the agency could stay on schedule. It’s a complicated rule and there’s a lot to be done,” she says.

Other government activities related to the environment will be affected as well, such as areas that have experienced recent natural disasters. FEMA, which is part of the Department of Homeland Security, will reduce the number of people sent to help with flood recovery in Colorado, but the agency says it won’t cause any setbacks to recovery efforts, officials told ABC7 News in Denver. Superstorm Sandy recovery efforts are also expected to continue.

Work stabilizing and repairing Yosemite National Park and the surrounding Stanislaus National Forest, which were hit by a devastating wildfire last August that is still not completely contained, will continue, though the firefighters who remain on the job could become strained for the resources they need. “It will be difficult for teams to purchase supplies and equipment,” Jerry Snyder, public affairs officer for the Stanislaus National Forest, told Fox News.