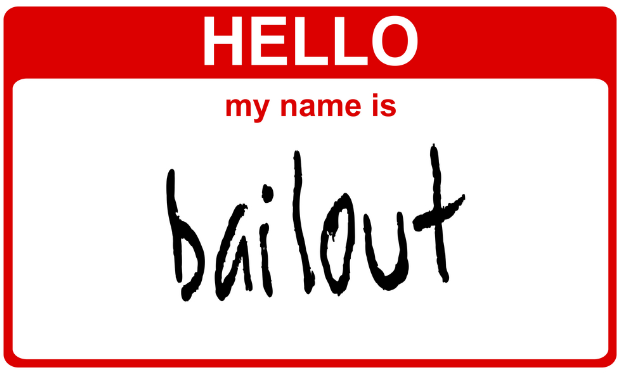 In May, Mother Jones reported on a Wall Street-friendly bill that was largely written by Citigroup lobbyists. On Wednesday, that bill passed the House—but with fewer yes votes than expected.

The bill, which passed 292 to 122, would gut a section of the 2010 Dodd-Frank financial reform act known as the “push-out rule.” As we reported earlier:

Banks hate the push-out rule…because this provision will forbid them from trading certain derivatives (which are complicated financial instruments with values derived from underlying variables, such as crop prices or interest rates). Under this rule, banks will have to move these risky trades into separate non-bank affiliates that aren’t insured by the Federal Deposit Insurance Corporation (FDIC) and are less likely to receive government bailouts. The bill would smother the push-out rule in its crib by permitting banks to use government-insured deposits to bet on a wider range of these risky derivatives.

The New York Times reported in May that draft bill language written by Citigroup lobbyists was “reflected in more than 70 lines of the House committee’s 85-line bill.” Mother Jones was the first to publish the document showing that Citigroup wrote the legislation.

Last spring, the bill easily passed out of the House financial services committee. Only six lawmakers (all Democrats) on the 61-member committee voted against it. But after press coverage of Citigroup’s involvement and a big push against the legislation by progressive lawmakers, the tide turned a little. Three Democratic committee members who had voted to pass the bill out of committee, voted against the legislation on Wednesday. And though 70 Democrats supported the bill, that was less than than expected.

Wall Street regulators have been cracking down on big banks in the past year, and the Senate has introduced legislation that would reign in the industry, but the House—including Democrats and Republicans alike—is still largely regarded as an ally of Wall Street.

And for good reason. Citigroup alone gave $503,150 to current House members over the last election cycle, according to MapLight foundation, a nonprofit that researches the influence of money in politics. Rep. Jim Himes (D-Conn.), a co-sponsor of the bill, received $66,450 in campaign contributions from Citigroup in that time period, more than any other member in the House. Rep. Randy Hultgren (R-Ill.), the bill’s main sponsor, took in $136,500 from the securities and investment industry in the last election period, more than from any other industry.

The bill has little chance of passing the Senate, and the Obama administration opposes it. So why did Democrats still vote in favor? Here’s the Times:

House aides, when asked why Democrats would vote for this proposal even though the Obama administration opposes it, offered a political explanation. Republicans have enough votes to pass it themselves, so vulnerable House Democrats might as well join them, and collect industry money for their campaigns.

“It is a free vote,” one aide explained Monday.