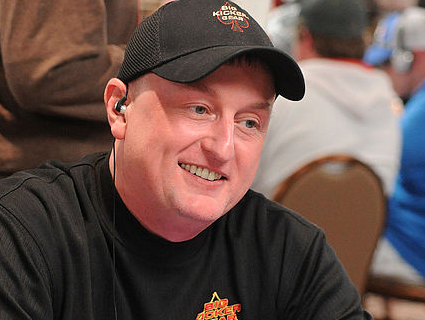 Pundits, break out your poker metaphors: Frank Kassela, a professional gambler and the 2010 World Series of Poker player of the year, has filed papers to run for Congress in Nevada.

Kassela is seeking the Democratic nomination to challenge two-term Republican Joe Heck, who is best known for blasting GOP Congressional leadership on their lack of movement on immigration reform. So far, one other Democratic challenger, non-profit executive Erin Bilbray, is also seeking the nomination. The district, which the Cook Political Report identifies as leaning Republican, encompasses parts of Las Vegas and the rural area to the south.

Kassela is a novice to politics and a newcomer to the Democratic Party. His campaign website and Facebook page don’t offer any hints as to his stance on any positions (not even online gambling), but then again, he hasn’t had much time to cobble together a Democratic platform. Jon Ralston, a veteran Nevada political journalist, reports that Kassela only became a Democrat last week—due to how the GOP handled the shutdown and the party’s stance on social issues. It’s not clear what his affiliation was before that. Last November, in one of his few tweets about politics, Kassela wrote: “How do Republicans continue to nominate people to run for Governor,Congress&Senate Seats, who say such crazy things about rape? #insanity.”

A Chicago native who grew up in the Dallas suburbs, Kassela moved his family to Las Vegas in order play poker professionally. “Even as young as 11 or 12, we would play a variety of card games for money,” he told Card Player in 2010. “I came from a Polish Catholic family in Chicago, and gambling is just what they did.” Being reared on poker paid off: he won more than $1.2 million at the WSOP in 2010, where he was also a two-time bracelet winner. Before moving to Las Vegas, Kassela lived in Memphis, where he started several businesses, including a medical uniform supply and a business that supplies government offices with promotional and specialty products.

Kassela did not reply this morning to emails seeking comment. Maybe he considered it bad luck to gab too much to the press before holding his official announcement. As he tweeted in January: “Does anyone else find it odd that the 113th Congress was swore into session on 1/3 of 2013??? Lot of 13’s…Seems like bad mojo!”