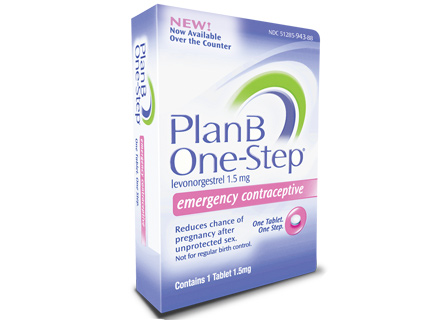 Last June, after a protracted political fight and complicated legal battle, the US Food and Drug Administration approved the use of Plan B One-Step emergency contraception for all women of childbearing age without a prescription. The move marked a major victory for reproductive rights activists, and for women and men everywhere who are now supposed to be able to pick up the morning-after pill off of pharmacy and grocery store shelves without being required to show ID or proof of age.

But five months after the FDA’s approval, consumers are still having problems accessing the 72-hour pill. Some of the problems stem from confusion about the law, or from a bureaucracy slow to update the regulations. In other cases, women are deterred by misinformation about the medication; it’s known in pro-life circles, for instance, as an “abortion pill.”

These barriers prompted a group of media outlets to launch “Where is your Plan B?“, a reporting and crowd-sourcing collaboration to determine how easily women can access Plan B One-Step in their communities. (Disclosure: Some of the outlets belong to The Media Consortium, which The Foundation for National Progress, Mother Jones‘ parent organization, co-founded.)

Kathy Spillar, editor and publisher of Ms. Magazine and executive vice president of the Feminist Majority Foundation, said the crowd-sourcing aspect of the project will help to identify the places that aren’t in compliance with the law.

“If they’re making you still go to pharmacy counter and speak to pharmacist, they are violating the new regulations,” she said. “Through this reporting project, we intend to identify these people and set them straight.”

In places like Louisville, Ky., home of the Leo Weekly, one of the newspapers involved with the project, reporters found that many pharmacists are still keeping Plan B behind the counter, asking customers for IDs, and telling women under 17 they need a prescription to obtain the drug. The project has also identified Native Americans on reservations and women in prisons as two populations that have extremely limited access to emergency contraception.

Another major deterrent for women is that even when Plan B is on shelves, it’s often kept behind locked glass, requiring customers to track down an employee to open the case, according to the reporting project’s initial findings. At a retail price of $50 for the drug, the tactic is justified as a way to deter thieves, but it also may be scaring off women too embarrassed to have an announcement over the store loudspeaker that they need the morning-after pill.

Until last June, the United States was one of the few remaining countries in the developed world that restricts access to emergency contraception. One of the results has been a rate of unintended pregnancies here notably higher here than in Europe and much of the rest of the developed world, Spillar said.

“We have this great step forward, a breakthrough in women’s health care access,” she said. But how much of a victory is it if there is still limited access?