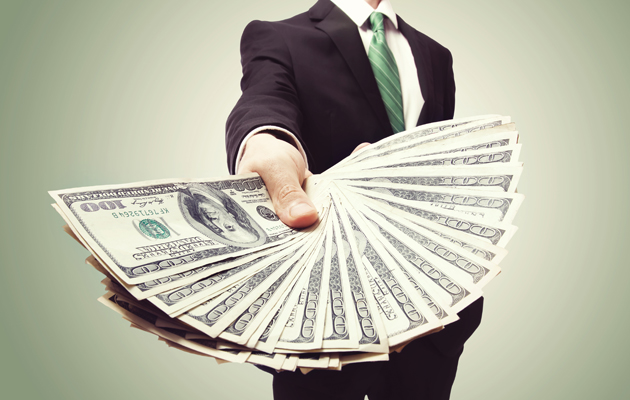 Democrats and Republicans on Capitol Hill can agree on at least one thing: Members of Congress shouldn’t be paid during the shutdown. “If Congress can’t do its job and put the American people first, then they certainly shouldn’t get paid during a crisis that they are causing,” said Rep. Ami Berra (D-Calif.), explaining his decision to donate his check to charity. “Why should Senators or House members be paid for failing to fulfill one of their most basic responsibilities?,” asked Rep. Vern Buchanan (R-Fla.), while announcing he would give up his own salary for the duration of the impasse.

The answer to Buchanan’s question isn’t as obvious as it might sound. For one thing, taking away paychecks from members of Congress wouldn’t save anyone any money. Unlike the 800,000 government workers currently on furlough, congressmen are prohibited by the 27th Amendment from raising or lowering their own pay until after a congressional election; any action they take now wouldn’t go into effect until 2015, by which time the shutdown will, presumably, be over. To get around that, senators and representatives choosing to forfeit their paychecks have simply donated them to charity. But that leads to another problem with the pay cut demand: Those members of Congress who do give up their pay are doing so because it’s a stunt they can afford. As the National Journal‘s Matt Berman notes, the median member of Congress’ net worth of $966,001 is about 12 times higher than the median American family.

But logistics aside, the idea that congressmen should work without pay is based on a faulty, if widely held premise—that congressmen aren’t doing their jobs. It’s certainly true that Congress as a body isn’t functioning properly, but on a district-by-district level, residents are getting what they voted for. People who elected mainstream Democratic senators didn’t send them to Washington to defund the Affordable Care Act; people who stocked the House with arch-conservative Republicans in 2010 and 2012 didn’t send their representatives to Washington to keep the Affordable Care Act intact. Why should a powerless House Democrat have to rearrange his finances because of John Boehner’s intransigence?

If people really disagree with what their congressmen have done, of course, they have the same option a private employer would: Fire them. In 2011, House Republicans threatened to shut down the federal government and risk a default. In 2012, their constituents sent them back to try it again. Right now, they’re getting what they paid for.