While most Americans went to the polls on Tuesday with nothing more than the fate of some politicians and a few ballot measures at stake, residents of 11 counties in Colorado got to decide whether or not they want to secede and form their own state. (Majorities in five counties said yes.)

Current Colorado residents aren’t the only ones itching to add more stars to the American flag, even though the process is next to impossible—after obtaining local approval, a breakaway region must also get the okay from its home state’s legislature, and then Congress.

While other parts of the country have their eyes on total independence from the United States, these four regions have a more modest goal: becoming the country’s 51st state.

North Colorado
Tired of the liberal bent in Denver, officials in the state’s rural (and redder) northern region got secession on the ballot. A recent state law that doubled renewable energy requirements for suppliers in rural areas was the “last straw,” according to Weld County Commissioner Sean Conway, who told ABC News, “I think [this is] just one more example of the disconnect happening in the state of Colorado…it isn’t a Democrat or a Republican thing.” If all 11 counties were to secede, the resulting state would have a population of a little more than 350,000—slightly more people than live in Tampa, Florida. Its largest city would be Greeley, whose mayor recently penned a column arguing that, despite widespread perceptions to the contrary, it no longer smells like cattle. 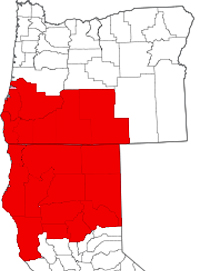 Jefferson
Another rural offshoot, Jefferson would combine some of the northernmost counties of California with some of the southernmost in Oregon to form a new state dedicated to free markets and limited government. Officials in two California counties recently voted in favor of the movement, whose website contains quotes from Thomas Jefferson, John F. Kennedy, and Mahatma Gandhi along with a link to The Jeffersons theme song. The effort isn’t particularly new—Jefferson first tried declaring itself a new state back in 1941, though the attack on Pearl Harbor led activists to abandon the cause.

Western Maryland
Nearly 62 percent of Marylanders went for Obama last year, and the state has had only one Republican governor since Spiro Agnew left office in 1969. For residents of the state’s more conservative counties, then, it’s easy to feel disenfranchised from “the dominant ruling class,” as statehood advocate Scott Strzelczyk puts it. And that’s left him looking for a way out: “If you think you have a long list of grievances and it’s been going on for decades, and you can’t get it resolved, ultimately this is what you have to do,” Strzelczyk told the Washington Post in September. “Otherwise you are trapped.” The so-called Western Maryland Initiative has never been tested at the ballot, and is still in the honeymoon phase of secession planning, which includes designing T-shirts and voting on a state flag. 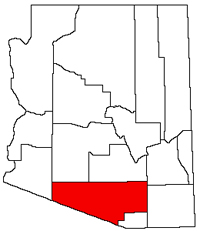 Baja Arizona
Not every potential breakaway state is a conservative redoubt in waiting. After the Republican-controlled Legislature passed bills allowing police to arrest and detain someone if there’s a “reasonable suspicion” that the suspect is an illegal immigrant and eliminating organ transplant coverage for Medicaid recipients, liberals in southern Pima County circulated a petition for statehood. (With nearly 1 million residents, the county—home to Tucson—is still more populous than six existing US states.) Baja drew support from both sides of the aisle, too: The county Republican chair told the Arizona Daily Star that secession would make him a state GOP leader. “I’m all for a promotion,” he said.