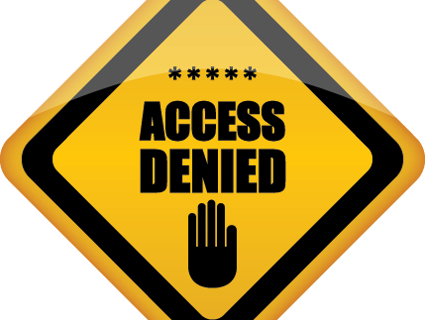 On Thursday afternoon, Right Wing Watch, an offshoot of the progressive group People for the American Way that monitors the public statements of prominent figures on the religious right, had its YouTube account suspended at the request of an anti-gay former Navy chaplain who is running for a seat in the Colorado legislature. Gordon Klingenschmitt, who left the Navy in 2006 and has had a second career as an evangelical activist, sent out a triumphant press release heralding the news under the tag “David takes down Goliath.” YouTube told Right Wing Watch it was being suspended because it had violated Klingenschmitt’s copyright, but the chaplain’s statement suggests he had another motive for filing the complaint: Right Wing Watch had done nothing to stop threats on his life from its “followers”:

Three other followers of RWW stated they wished the Chaplain would die, or had been murdered by an abortionist, or praised the demon of murder.
4.       What a pathetic little bi***. Can’t wail till these people die out.
5.       Don’t diss the “deamon of murder”, I’ve met him. He’s not a bad guy.
6.       This guy is a sh** person and would have been better if he was aborted.

In a blog post, Brian Tashman, a writer and researcher for the Right Wing Watch, confirmed the cancelation of the group’s YouTube account and said Right Wing Watch had filed an appeal.

The catch is that the threats against Klingenschmitt weren’t made by anyone affiliated with Right Wing Watch—they were made by YouTube commenters. Given the often viral nature of Right Wing Watch‘s videos, and the often volatile nature of YouTube’s commenters, crazy comments seemed almost inevitable. I asked Klingenschmitt if this meant that he was responsible for the YouTube comments on his own site. “When I become aware of something or it’s brought to my attention, I will delete things that are inflammatory,” he said. “I’m not responsible for the initial posting but if I am alerted and don’t do anything, I am responsible.”

It’s not hard to see why Klingenschmitt, who kicked off his first political campaign in October, wouldn’t want Right Wing Watch‘s videos online. He told Colorado activist Will Perkins* that if gays are allowed to marry, “then they would be able to adopt the children of heterosexuals and therefore that increases their ability to recruit.” He described the message of the Employment Non-Discrimination Act, which would prohibit discrimination against LGBT citizens, thusly: “The Government is now ordering you: Forsake God or starve to death.” And he suggested that demonic spirits were controlling President Obama—and Madonna.

But Klingenschmitt isn’t the first conservative to ask Right Wing Watch to take down a video, and the previous cases suggest his victory will be a short-lived. In September, YouTube denied a request from Pat Robertson’s Christian Broadcasting Network to take down a clip of the influential evangelical pastor suggesting that gay people wear special knife-rings that transmit AIDS to random people they meet.

“The Government is now ordering you: Forsake God or starve to death,”

“The Government is now ordering you: Forsake God or starve to death,”