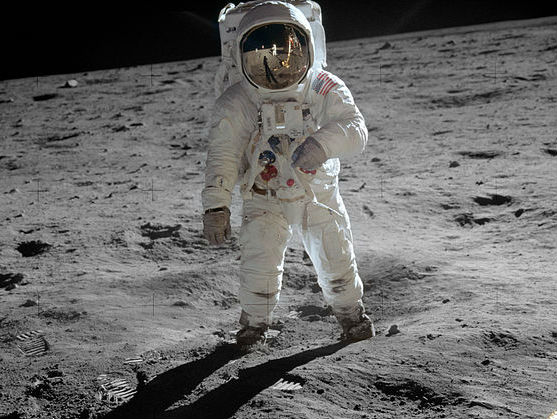 On Monday, this year’s Black List—the annual list of the best unproduced scripts in Hollywood as voted on by over 250 studio executives—was announced via Twitter. This list features 72 titles, six fewer than last year’s. Previous Black Lists have included what would become three of the last five Best Picture Academy Award winners: Argo, The King’s Speech, and Slumdog Millionaire. Being on the list means your script has roughly up to a 120 times greater chance of getting made into a feature film by a studio than if it were an average unproduced script.

One of the screenplays inducted onto this year’s Black List (check out the complete list here) is by self-described “newbie” Stephany Folsom, and is intriguingly titled, 1969: A Space Odyssey or How Kubrick Learned to Stop Worrying and Land on the Moon (an obvious reference to both the title of Stanley Kubrick’s classic black-comedy satire from 1964, and to the director’s 2001: A Space Odyssey from 1968).

Folsom’s 108-page script (a drama) focuses on “Barbara,” a lone wolf working in the publicity department at NASA’s office in Washington, DC, in 1969. The story is an alternate history of how, as the Cold War rages, Barbara reaches out to and convinces acclaimed director Stanley Kubrick to work with NASA to fake the moon landing and one-up the Soviets.

The film is partly inspired by the famous conspiracy theory that Kubrick was recruited by the US government to direct a fake moon landing. “I’m a big conspiracy fan,” Folsom tells Mother Jones. “Now, I don’t necessarily believe in conspiracy theories—but I liked the idea.”

Folsom is a 29-year-old, Los Angeles-based screenwriter, hailing from Colorado Springs. As a writer and filmmaker, she cites Lou Reed, Steven Soderbergh, Kurt Vonnegut, Jean Renoir, John Hughes, and (of course) Kubrick as some of her biggest influences. Before her career as a screenwriter, she was a journalist and then a documentarian, making films on, as she puts it, “uplifting things like the AIDS crisis and human trafficking.” 1969 is the first script of hers to get circulated in Hollywood. She got the news of her inclusion on the Black List today while she was staring at her smart phone, checking Twitter.

In crafting this script, Folsom not only drew from her knowledge as a huge Kubrick fan, but her interests as a NASA buff and space nerd. (She reserves special praise for the “amazing” Kubrick exhibit at the Los Angeles County Museum of Art, and the “really fun” NASA Socials.) Folsom’s Barbara is a composite character based on two women involved in the Presidential Task Force on Women’s Rights and Responsibilities during the Nixon administration. (The task force was dedicated to increasing the presence of women in American government.)

As for which actors Folsom would want to portray Barbara and Kubrick in a film version of her alternate history, she says she really isn’t sure. And as for who would be her dream director, she is keeping mum about it.

In 1969, a strong-willed female in a male dominated workplace is tasked with getting the world’s most temperamental director, Stanley Kubrick, to pull off the greatest con of all time.