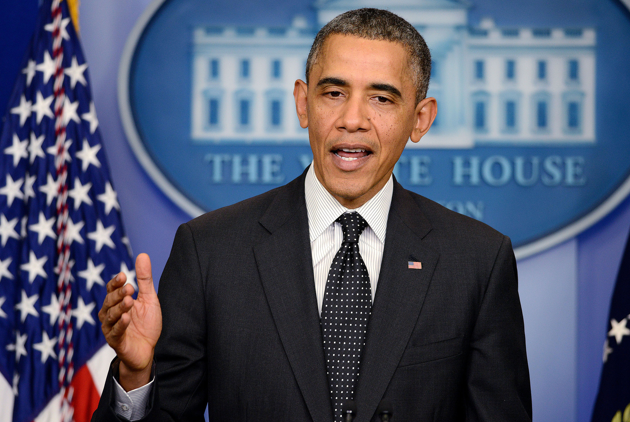 Last month, Democrats changed the rules of the Senate. Now, confirming President Barack Obama’s judicial and executive-branch nominees will take just 51 votes instead of the previous 60. That is good news for Obama’s efforts to rein in big banks.

Since Obama took office in 2009, GOP senators have used filibuster threats to delay and block scores of executive-branch and judicial nominees. That has greatly benefited the financial industry. Three long-standing openings on the bench of the DC Circuit Court—which hears challenges to rules required by the 2010 Dodd-Frank financial-reform act—have created an imbalance that has tilted rulings to favor big banks. And vacancies on the Commodity Futures Trading Commission (CFTC) and the Federal Reserve Board of Governors, if left unfilled, could slow Wall Street rule-making to a snail’s pace. Last month’s rules change will make it easier for Senate Democrats to confirm Obama’s choices for these posts. That could lead to regulations and court rulings that are more to reformers’ liking.

Consider the CFTC, which regulates futures and derivatives markets. Since 2010, the agency has been weighing scores of rules intended to protect the economy from another financial crisis—including how much of a particular industry speculators can control, and how US banking rules should apply to American firms operating abroad. But these rules will have a tough time getting finalized because soon there will be too few commissioners heading the agency. One of the CFTC’s five commissioner posts is vacant*. Another two posts, currently occupied by CFTC chair Gary Gensler and commissioner Bart Chilton, will fall vacant when both step down at the end of the year. That would leave this key regulator with just two confirmed commissioners—a recipe for gridlock. “Regulation reform will come to a crawl” if new commissioners aren’t confirmed, Chilton warns.

Before Senate Dems reformed the filibuster, filling the empty seats at the CFTC would have been difficult—Republicans could have blocked any nominee with just 41 votes. Now Republicans would have to muster 51 votes—a majority of the Senate—to block CFTC nominees from being confirmed. Obama has already selected nominees for two spots at the CFTC, and will nominate a candidate for the third post soon, financial reformers say. The now-swift confirmation process will ensure that the CFTC can continue to do its job.

Filibuster reform also gives Obama the choice to appoint a progressive to replace Chilton, increasing the chances that new CFTC rules will be stronger. Obama has already nominated Timothy Massad as a replacement for Gensler. But financial reform advocates are luke warm on Massad, and agency rules require that the second vacant post be filled by a Republican. So reform advocates, including Sen. Elizabeth Warren (D-Mass.) and eight of her colleagues in the Senate, are prodding Obama to pick a staunchly pro-reform candidate for Chilton’s post.

The Senate rules change will also help the Federal Reserve craft strong Wall Street regs. The central bank is working on regulations governing how much collateral traders need to have before making certain derivatives trades, as well as measures to limit its own emergency lending powers. Obama now has the opportunity to fill the three vacant spots on the central bank’s seven-member board with nominees of his choosing. As long as Democratic senators vote as a block, Obama and Senate Majority Leader Harry Reid won’t have to convince a single Republican to vote for the President’s Fed nominees. That means Fed regulations will likely be tougher on Wall Street than if the Senate were forced to pick central bank board members who also pleased Republicans, argues Bart Naylor, a financial-policy advocate at the consumer advocacy group Public Citizen.

Filibuster reform could also improve the prospects of the Volcker rule, one of the most sweeping provisions of Dodd-Frank. Five different regulatory agencies, including the Fed and the CFTC, are working on the rule, which is supposed to limit the types of risky bets that banks can make with taxpayer-backed money. But the current version of the Volcker rule is far too weak, says Chilton, the CFTC commissioner. If regulators vote on the rule before the end of the year, it would likely be approved. But if the vote is delayed until after Obama’s new CFTC commissioners and Fed board members take office in 2014, new pro-reform votes could kill the rule and force changes to make it stronger, Naylor argues.

The Senate rule change also means that the financial industry will no longer be able to count on Republican appointees on the DC circuit to strike down regulations Wall Street doesn’t like. In 2011, the court ruled that the Securities and Exchange Commission, another banking regulator, did not adequately take into account the costs to industry a particular Dodd-Frank rule would incur. Since this ruling, the financial sector has appealed a CFTC rule and threatened to challenge others. The result has been slow rule-making by regulators that fear the court will knock down more new rules. Republicans had filibustered Obama’s nominees for three vacant seats on the DC circuit bench. Once Democrats changed the rules, confirming Obama’s picks for those judgeships became a lot easier.

“We’ve seen that court challenges are a major element of the [financial] industry’s plan to block strong regulations,” says Marcus Stanley, the policy director of the nonprofit Americans for Financial Reform. “So having a better ideological balance on the court should be very helpful to financial reform.”

Correction: This article previously stated that two of the five CFTC commissioner posts are vacant.