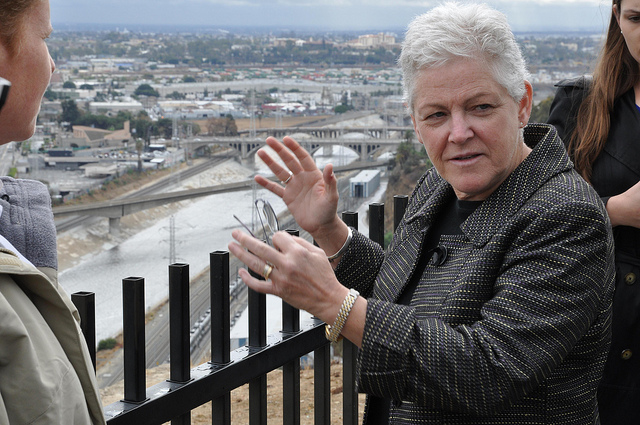 Environmental Protection Agency Administrator Gina McCarthy is in China this week for her first international trip as the head of the agency. During her four-day tour she’ll stop by Beijing, Shanghai and Hong Kong and will meet with her counterparts in the Chinese government to discuss how the two countries might reduce their carbon footprint. “The U.S. and China represent the world’s largest economies, the world’s largest energy consumers, and the world’s largest emitters of carbon pollution,” McCarthy said last week in a speech previewing her trip. “I’d rather not be the largest energy consumers or the largest emitters of carbon pollution, but since we are we’re going to get together and we’re going to talk.”

The world better hope the planet’s two dominant superpowers can find a way to curb their pollution. The US, which is responsible for much of the rise in emissions during the twentieth century, is certainly one of the world’s leading villains when it comes to global warming. But China is now, by far, the world’s top producer of climate-destroying pollutants. The country claimed the top spot in global carbon emissions in 2007, nabbing the reins from the US. (To be fair to China, the US emits far more carbon per capita.)

Combined, China and the US produce nearly half of the world’s carbon emissions. This chart breaks down the percentage of global CO2 emissions from 2008 by country: 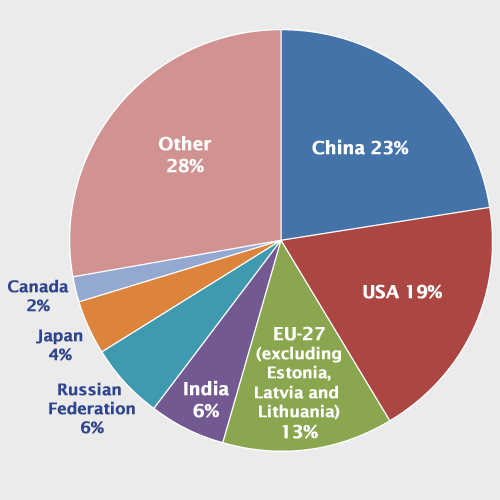 China once lagged far behind the other major polluters in the world. But as this chart from the Yale Forum on Climate Change and the Media shows, the country’s emissions have risen steeply ever since the late 1990s: 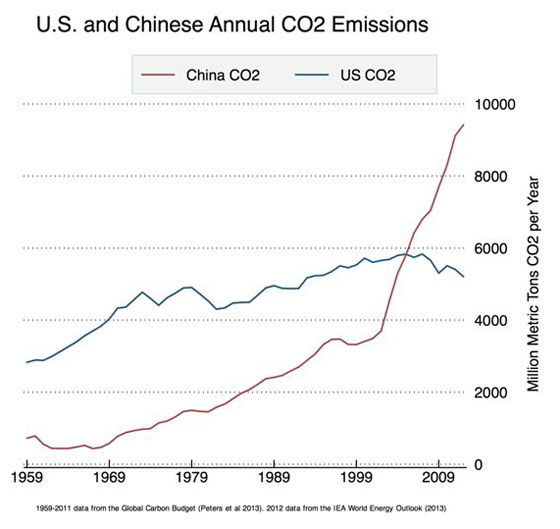 The Yale Forum on Climate Change & The Media

As things stand, China’s exponential increase in emissions won’t abate anytime soon. Even as the country leads research in renewable energy and explores a carbon tax, it’s not enough. “Over the next two decades or so, China will belch out nearly as much CO2 as it did over the entire previous 160 years combined,” the Economist wrote last month.

Carbon emissions from the US have leveled off and even dropped slightly in recent years, thanks to increased fuel efficiency in cars and cheaper natural gas. Good news, but the US will need to reduce, not just flat line, its carbon use if the worst calamities of global warming—cities wiped out by rising sea levels, volatile storms, droughts, etc.—are to be averted. But even if US politicians can muster the will to pass meaningful legislation tackling climate change, it will all be for naught if China’s emissions rate continues to skyrocket.