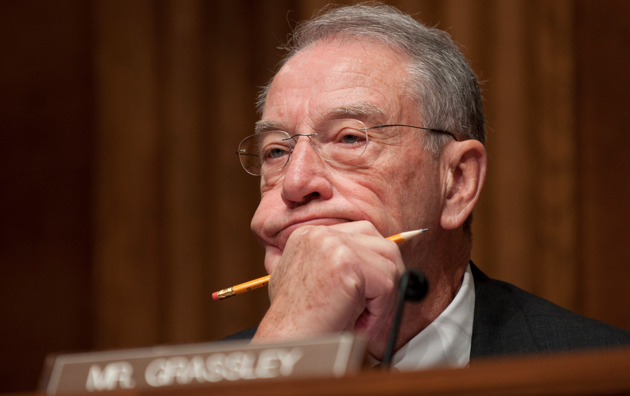 Nearly 9 in 10 health care plans that members of Congress and their staff must choose from include abortion coverage, a fact that has Rep. Chris Smith (R-N.J.) and right-wing media outlets raising hell.

The bizarre story of how a conservative, anti-abortion Republican ended up expanding abortion access for congressional staff dates back to the initial fight over the Affordable Care Act in 2010. Here’s how it happened: The Obamacare exchanges were expressly designed to provide insurance to the uninsured, so congressional staffers—who, like most Americans, already had insurance—were initially excluded. Republicans claimed that this amounted to Democrats “exempting” themselves and their staff from Obamacare, and Sen. Chuck Grassley (R-Iowa) introduced an amendment that would force members of Congress and their staff to use the exchanges. Grassley’s proposal was intended to embarrass Democrats. But Democrats called Grassley’s bluff, and the law passed with his amendment.

But Grassley’s measure forced congressional staff out of the Federal Health Benefits Program, which federal law prohibited from offering any abortion coverage. Under the the federal plan, any congressional employee who wanted an abortion had to pay for it out of pocket. Now that they’re on the Obamacare exchanges, though, congressional employees will only pay out of pocket for abortion insurance. They’ll be able to choose any of the 112 plans available via Washington, DC’s health care exchange, only 9 of which do not cover abortion.

Grassley’s office did not respond to a request for comment.

As ThinkProgress‘ Tara Culp-Ressler detailed, the employer contributions congressional staff receive for health care—i.e., federal, taxpayer dollars—will not be used to pay for abortions. The Office of Personnel Management has bent over backward to ensure that when congressional staff purchase health care plans, they’ll be paying for any abortion coverage with segregated personal funds.

And the cost of that abortion coverage will likely be much less than that of an actual abortion. A 2013 Guttmacher Institute study using 2009 data found that the average out-of-pocket price women paid for an abortion was $485.