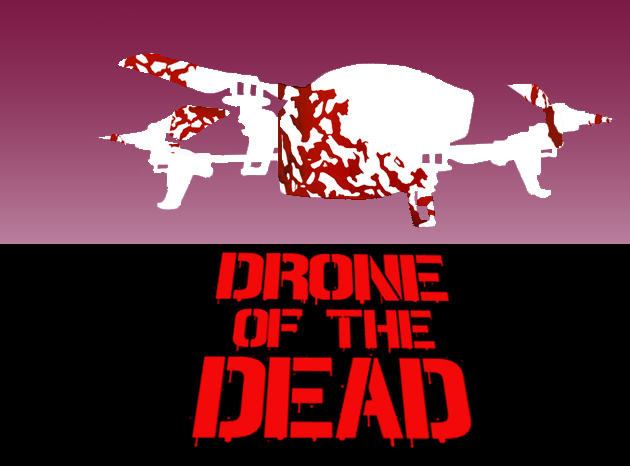 When 27-year-old Samy Kamkar—a security researcher who famously made one million Myspace friends in a single day—heard the announcement on Sunday that Amazon was planning to start delivering packages via drone in 2015, he had an idea. He knew that whenever new technology, like drones, becomes popular quickly, there are bound to be security flaws. And he claims that he found one within 24 hours and promptly exploited it: America, meet the zombie drone that Kamkar says hunts, hacks, and takes over nearby drones. With enough hacks, a user can allegedly control an entire zombie drone army capable of flying in any direction, taking video of your house, or committing mass drone-suicide.

“I’ve been playing with drones for a few years,” Kamkar, who is based in Los Angeles, tells Mother Jones. “I’m sure that with most of the drones out there, if you scrutinize the security, you’ll find some kind of vulnerability.” Kamkar says that the Amazon announcement was an opportunity to point out that drone security has room for improvement.

Kamkar’s hack, also known as “Skyjack,” was performed on a Parrot AR Drone 2 (More than 500,000 Parrot drones have been sold since 2010, and it’s been used to help collected flight data for the European Space Agency.) It’s unknown what kind of drone Amazon will end up using, but these drones have high-definition photo and video, a flying range of about 165 feet, and can be controlled using an iPhone or an iPad. Kamkar equipped his drone with a battery, a wireless transmitter, and a Raspberry Pi computer—the total of which costs about $400, including the drone. Then, he wrote software (which he made available on the open-source website GitHub, for anyone to use) that he says allows his drone to find wireless signals of other Parrot drones in the area and disconnect the wireless connection of another drone’s original user, giving Kamkar—or any user with the software—control over both drones. The drones can even be forced to self-deactivate and drop out of the sky. “How fun would it be to take over drones carrying Amazon packages…or take over any other drones, and make them my little zombie drones. Awesome,” writes Kamkar.

Parrot did not respond to request for comment, but the BBC notes that, “experts said Parrot appeared to have ignored well-known guidelines” to prevent this kind of hack. Christopher Budd, a threat communications manager for Trend Micro, a data security company, tells Mother Jones that “reading what he’s got, on the face of it, it certainly sounds like a plausible proof-of-concept” but says Parrot still needs to validate it.

So does this mean that your Amazon blender will be attacked by a hoard of hungry zombie drones? Not necessarily: “Amazon would be able to make drones that are immune to this,” Kamkar tells Mother Jones, claiming that the Parrot Drone’s wi-fi system is not fully encrypted, which is a security measure that Amazon would be likely to take. (Amazon did not respond to Mother Jones request for comment.) “I just want people to be concerned enough that it forces these drone makers to take an additional look at them. When you have enough people scrutinizing technology, you’re going to have added security and added attention, and that’s the benefit.”

That’s certainly how companies have responded to Kamkar’s hacks before: After he crippled Myspace in 2005 using what some called the fastest spreading virus up to that point—(he was arrested and convicted under California penal code, and Kamkar says, “community service was a blast!”)—Myspace revamped its security procedures. Still, even if Amazon manages to fend off the zombie drones, it faces other obstacles—including states that have banned drones, potential collisions in urban areas, and major privacy concerns.

“Drones are an impressive piece of technology and part of me is super excited whenever I get it outside and fly it around,” Kamkar says. “But part of me is a little fearful.”