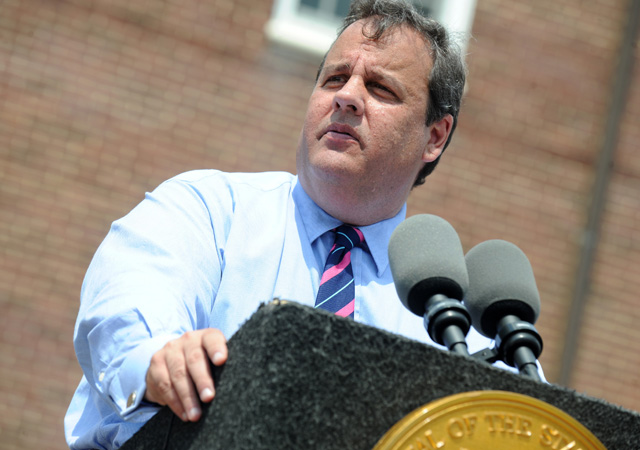 This article is being updated as news breaks. Click here for the latest.

Internal emails released Wednesday strongly suggest that a top aide to New Jersey Republican Gov. Chris Christie orchestrated massive traffic problems in Fort Lee, New Jersey, last fall as an act of political retribution against the city’s Democratic mayor. For months, Christie and his administration have denied allegations that road closures in Fort Lee were politically motivated. The emails, released as part of an investigation by Democratic state legislators, could spiral into a major political scandal for Christie, a possible 2016 presidential candidate. Here’s what you need to know.

How’d this begin? In mid-September, the Port Authority of New York and New Jersey unexpectedly closed two access lanes on the New Jersey side of the George Washington Bridge, which spans the Hudson River and serves as a major commuter route between the two states. A massive, weeklong traffic jam ensued, clogging the streets of nearby Fort Lee.

Cops and lawmakers in Fort Lee said they were given no warning about the decision to close the lanes, which delayed school buses, first responders, and commuters bound for New York City. The Port Authority justified its decision by saying it was conducting a “traffic study.”

Why is this political? Soon after the traffic jam, rumors emerged that the Port Authority closed the bridge lanes as political retribution against Fort Lee Mayor Mark Sokolich, a Democrat who endorsed Gov. Chris Christie’s opponent in the 2013 gubernatorial campaign. As news outlets and New Jersey Democrats dug deeper into the circumstances of the bridge incident, they eventually connected the lane closures to two Port Authority officials with close ties to Christie: Bill Baroni, the deputy executive director of the agency, and David Wildstein, its director of interstate capital projects. Baroni and Wildstein have since resigned, and both men have retained criminal defense attorneys.

All along, the Christie administration had denied any connection to the decision to close the bridge lanes. In September, a Christie spokesman called the retribution claim “crazy.” Christie told reporters at a December press conference that the Fort Lee traffic snarl was “absolutely, unequivocally not” a result of political score-settling.

What’s new today? In response to a subpoena, Wildstein provided a bevy of emails sent by Christie’s staff to a panel of state lawmakers investigating the road closures. The messages fly in the face of many of the claims Christie has made about the lane closures. Wildstein will testify about the documents before that panel on Thursday.

The messages, traded between several members of Christie’s senior staff, his campaign manager, and his deputy chief of staff, were sent mostly from staffers’ private accounts and did not loop in Christie. They strongly suggest that members of Christie’s inner circle planned the lane closures as political retaliation against Sokolich. Other top Christie associates included in the email chain after the lanes were reopened include David Samson, the chairman of the Port Authority, and Michael Drewniak, Christie’s spokesman. The emails contradict repeated statements by Christie that neither his staff nor anyone from his campaign was involved with the lane closures.

The messages also lay bare Christie’s staff’s gleeful anticipation of Fort Lee’s traffic debacle. On the day of the lane closures and in the aftermath, Christie’s top aids privately traded jabs at Fort Lee’s mayor and mocked the town’s residents as they struggled to deal with the traffic.

What are the highlights? “Time for some traffic problems in Fort Lee,” Bridget Anne Kelly, a top Christie aide, wrote in an email to Wildstein. “Got it,” Wildstein replied.

One text message sent to Wildstein on the day of the lane closures referenced mass school bus delays. “Is it wrong that I’m smiling?” the message read.

“I feel badly about the kids. I guess,” the person, who is unidentified, texted back.

Wildstein replied, “They are the children of Buono voters.” Barbara Buono was the Democratic challenger to Christie who lost handily to the governor last November.

As Sokolich began speaking to press after the closures, Bill Sepien, Christie’s campaign manager wrote, “The mayor is an idiot.”

“It will be a tough November for this little Serbian,” Wildstein wrote to Sepien, apparently referencing Sokolich’s nationality. Elsewhere in the documents, Bill Baroni, the deputy executive director of the Port Authority, refers to Sokolich as “Serbian.” Sokolich is Croatian.

The first batch of documents from this scandal is available here. You can read hundreds more pages of emails and documents that were released later here.

“What I’ve seen today for the first time is unacceptable. I am outraged and deeply saddened to learn that not only was I misled by a member of my staff, but this completely inappropriate and unsanctioned conduct was made without my knowledge. One thing is clear: this type of behavior is unacceptable and I will not tolerate it because the people of New Jersey deserve better. This behavior is not representative of me or my Administration in any way, and people will be held responsible for their actions.”

Rep. Debbie Wasserman Schultz (D-Fla.),* the chairwoman of the Democratic National Committee, replied to Christie’s statement, saying, “These revelations are troubling for any public official, but they also indicate what we’ve come to expect from Governor Christie—when people oppose him, he exacts retribution…And when anyone dares to look into his Administration, he bullies and attacks.” (Return to the top.)

In one case, the Bergen Record reports, the traffic jam slowed down paramedics as they tried to reach an unconscious 91-year-old woman. The woman later died in the hospital, though EMS officials say her death was not a direct result of the delays. In another case, it took paramedics seven to nine minutes—double the normal time—to reach a car accident where four people sustained injuries. Read more about the delays here. (Return to the top.)

UPDATE 3, Thursday, Jan. 9, 10:42 a.m. EST: The US attorney for New Jersey will open an inquiry into the bridge scandal, the New York Times reports.

UPDATE 4, Thursday, Jan. 9, 11:27 a.m. EST: In a press conference, Christie announced that he fired his deputy chief of staff, Bridget Anne Kelly, for her involvement in planning the Fort Lee lane closures. He also said that he has instructed his longtime campaign manager Bill Stepien, who Christie says withheld details of the bridge scandal from him, to withdraw his name from consideration for chair of the New Jersey Republican Party. “I am embarrassed and humiliated by the conduct of some of the people on my team,” he said. Read more.

UPDATE 5, Thursday, Jan. 9, 11:47 a.m. EST: A judge has ruled that David Wildstein, the former Port Authority official who ordered the lane closures and whose emails and text messages were released on Wednesday, must comply with a subpoena to testify before a panel of state lawmakers investigating the bridge scandal, NorthJersey.com reports.

On Wednesday, Wildstein filed a lawsuit to quash the legislators’ subpoena for his testimony. Before his lawsuit, Wildstein was scheduled to testify at noon on Thursday. Return to the top

UPDATE 7, Thursday, Jan. 9, 2:30 p.m. EST: The New Jersey Assembly’s transportation, public works, and independent authorities committee voted to hold David Wildstein, an ex-Christie appointee at the center of the George Washington Bridge scandal, in contempt for refusing to answer any questions about his role in the scandal. On the advice of his attorney, Wildstein invoked the Fifth Amendment in response to all questions by state lawmakers. The committee’s contempt vote is a misdemeanor violation in New Jersey.

UPDATE 9, Friday, Jan. 10, 4:27 p.m. EST: Andy Kroll and David Corn report on a key question left unanswered in the first batch of emails and text messages released this week: Did other aides on Christie’s team know that the lane closures on the George Washington were politically motivated and not the result of a supposed traffic study? Messages suggest two other Christie aides, attorney Charlie McKenna and campaign finance director Nicole Davidman, might have known that Christie deputy chief of staff Bridget Anne Kelly ordered the Fort Lee traffic jam.

Drawing on a new trove of emails released Friday afternoon, Molly Redden reports that Patrick Foye, the executive director of Port Authority, said the unexpected decision to close three lanes on the George Washington Bridge “violates federal law and the laws of both states.”

UPDATE 11, Tuesday, Jan. 14, 12:20 p.m. EST: The Wall Street Journal reports that Christie was with David Wildstein, the official who ordered the closure of the bridge, on September 11, 2013—the third day of the traffic jam.

UPDATE 12, Friday, Jan. 31, 3:52 p.m. EST: The New York Times reports that David Wildstein, the official who ordered the closure of the bridge, has is aware of evidence that Christie knew of the lane closures as they were happening, which the governor has consistently denied. Specifically, a letter released on Friday by Wildstein’s attorney says Wildstein has evidence “evidence exists…tying Mr. Christie to having knowledge of the lane closures, during the period when the lanes were closed, contrary to what the governor stated publicly in a two-hour press conference” three weeks ago. Read the letter here.

An attorney for Bill Stepien, Christie’s longtime campaign manager, released a letter saying that in response to a subpoena regarding the traffic snarl, Stepien will invoke the Fifth Amendment.

UPDATE 13, Friday, Jan. 31, 5:52 p.m. EST: Christie’s office has released this statement in reply to Wildstein’s latest allegation: “Mr. Wildstein’s lawyer confirms what the Governor has said all along—he had absolutely no prior knowledge of the lane closures before they happened and whatever Mr. Wildstein’s motivations were for closing them to begin with. As the Governor said in a December 13th press conference, he only first learned the lanes were closed when it was reported by the press and as he said in his January 9th press conference, had no indication that this was anything other than a traffic study until he read otherwise the morning of January 8th. The Governor denies Mr. Wildstein’s lawyer’s other assertions.”

This sentence has been corrected to reflect that Debbie Wasserman Schultz is a member of the House of Representatives, not a US senator. Return to the story.