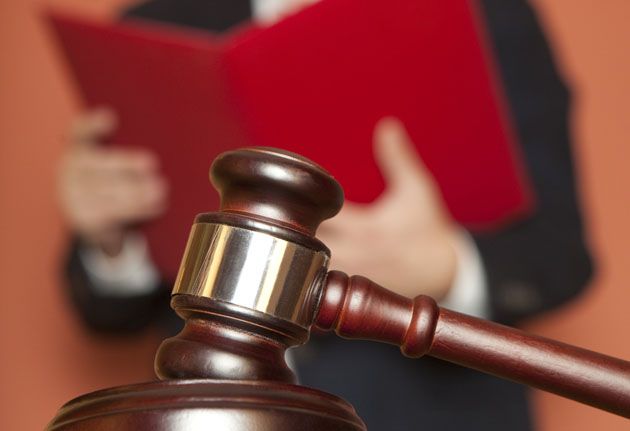 After Michael Eisenga, a wealthy GOP donor and Wisconsin business owner, failed to convince several courts to lower his child support payments, he came up with an inventive plan B—he recruited a Republican state legislator to rewrite Wisconsin law in his favor.

For example, in a September 13 letter, a drafting lawyer with Wisconsin’s legislative services bureau complained to a Kleefisch aide, “It’s hard to fashion a general principle that will apply to only one situation.”

According to the Milwaukee Journal Sentinel, Eisenga’s current child support payments for the three children he has with his ex-wife are set at $216,000 a year. (Per the couple’s prenuptial agreement, the divorce settlement left his $30 million in assets untouched.)

Current law instructs judges to calculate child support as a percentage of income, with no cap and the option to include assets. Under Kleefisch’s bill, which making its way through the Wisconsin statehouse, payments would top out at $150,000 annually, and judges would be prohibited from taking assets into account when determining child support. The bill also includes language that would allow Eisenga to restart court proceedings over his child support payments, as it requires courts to slash such payments if they are 10 percent higher than they would be under the new cap.

In 2010, Eisenga donated $10,000 to Kleefisch and his wife, Lt. Gov. Rebecca Kleefisch, according to the Journal Sentinel. Eisenga also donated $15,000 to Republican Gov. Scott Walker.

The drafting documents, available on the Wisconsin legislature’s website, leave little not doubt that the bill was written to Eisenga’s specifications. According to the documents, on September 5, Eisenga’s lawyer briefed him on changes he was suggesting to a draft of Kleefisch’s bill. “We focused only on the portion that would require the court to modify your child support order based solely on the passage of the bill,” Smiley wrote. Eisenga then forwarded that letter to Kleefisch and one of his aides, saying, “Please have the drafter make these SPECIFIC changes to the bill.” The next day, Kleefisch’s aide forwarded the letter to the legislative lawyer drafting the bill.

A hearing for the bill is scheduled Wednesday before the Assembly Family Law Committee.

Eisenga and Smiley declined to speak to local news outlets about their emails with Kleefisch. On Saturday, Kleefisch told the Journal, “I do a gamut of legislation with the help and assistance of many, many constituents, and whether they gave a contribution or not has not made a difference.”