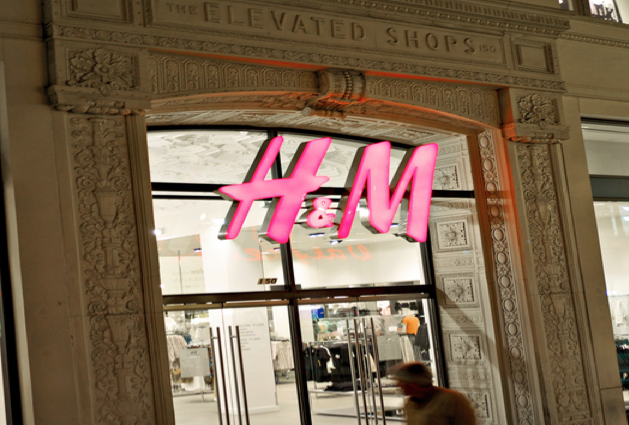 I recently wrote about the Indian sumangali scheme, wherein girls from poor, rural families are recruited to work in clothing factories, on the promise that they will earn enough money for a dowry. Instead, many toil in exploitive conditions, earning far less than recruiters told them they would. Many of these factories sell to American companies. H&M has been accused by the Centre for Research on Multinational Corporations of using sumangali labor in the past, but the company is trying to rid its factories of the scheme by 2014. Shortly before Black Friday, H&M announced that it also plans to start paying 850,000 workers at 750 factories—out of its some 1,800 total factories around the world—a fair wage by 2018.

Fair-trade experts say that the announcement is a step in the right direction, but some point out that the plan has major holes. Most notably, the factories that will be covered under the fair-wage program produce just 60 percent of H&M’s products, and the company did not say whether it would eventually extend the plan to its other factories, as well. Here are a few other red flags:

H&M won’t say how much it will pay workers in each country. Anna Eriksson, a spokesperson for H&M, told me that that the company does not believe US buyers should dictate a minimum wage to its factories; instead, it expects factory employees and factory owners to work together to come up with a fair wage. Wages will depend on the country and the factory, and must meet the Fair Wage Method, which was developed by Daniel Vaughan-Whitehead, who oversees wage policy at the United Nations’ International Labour Organization. This standard is based on a number of factors—such as promoting “acceptable living standards” and being “comparable to wages in similar enterprises in the same sector.” H&M also plans to support unions that empower workers to negotiate for wages, and encourage governments to identify a living wage level.

But Scott Nova, executive director of the Worker Rights Consortium, criticizes the company’s plan to rely on governments and factories to set wages. Nova told the Washington Post, “Just saying ‘we’re for a living wage, in 5 years we’re going to pay an undefined amount in a subset or our factories,’ that’s not credible.” Jefferson Cowie, the chair of the Department of Labor Relations, Law, & History at Cornell University, echoed those concerns. “It is hard to see governments taking a strong role in boosting wages in the short run,” he told me. Fair wages can also be hard to enforce. I saw this firsthand while reporting my sumangali story: In India, the government does have a minimum wage for textile workers—but many of the female workers I spoke with were not being paid that wage, and didn’t have access to a union.

H&M claims that increasing wages somehow won’t raise prices consumers pay for its clothing. Eriksson says that the company will keep its clothing prices steady for Western consumers by using in-house designers, buying clothing in large volumes, and finding other efficiencies. But Elizabeth Cline, the author of the 2012 book Overdressed: The Shockingly High Cost of Cheap Fashion, says that she doesn’t believe that H&M can pay garment workers a living wage without raising retail prices. “How can that be true?” she says. “It makes me think that the company is just riding on unsustainable expansion [and] will just continue to sell more and more low-quality clothes to make up for this increased cost.” However, Joel Paul, a law professor and expert in trade policy at the University of California-Hastings, speculates that the claim could, in fact, be true: Because foreign garment factory labor accounts for a tiny percentage of a shirt’s total cost, he says, increasing workers’ hourly wages from 15 cents to a $1.50—an estimated living wage in Bangladesh—wouldn’t substantially undercut profits.

The wage increase won’t affect any of H&M’s spinning mills. H&M’s fair-wage promise does not extend to all of its subcontractors, which include the factories that spin the cotton into thread (also known as spinning mills). In India, most sumangali schemes take place in spinning mills. That the plan doesn’t include subcontractors could be a big problem: If some factories in the supply chain are not required to pay a fair wage, garment factories can simply outsource more of their labor to those cheaper operations. When I asked H&M how the company plans to address the challenge of factories outsourcing labor to subcontractors with potentially exploitive conditions, spokesman Håcan Andersson said, “We are not able to assist you further in this matter.”

Despite the plan’s significant problems, Cornell’s Cowie says he believes that H&M deserves some credit for taking baby steps toward fixing a notoriously exploitive industry. “Do they have the perfect solution?” he says. “Absolutely not. If they wanted to pay the highest wages, they wouldn’t be shopping for labor in Cambodia and Bangladesh in the first place. But making an open commitment to workers matters—as long as it does not end up being just a cover for their old practices.”