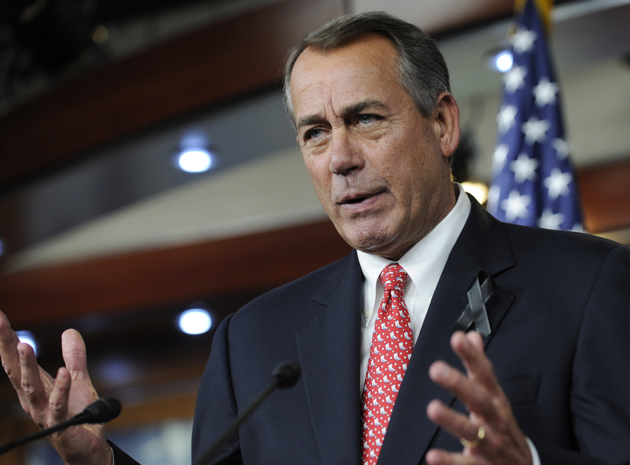 Last week, 100 House Dems asked House Speaker John Boehner to cancel this week’s legislative recess and keep the House in session to hash out legislation that would renew expired unemployment benefits for the long-term unemployed. Instead, Boehner traveled to unemployment-plagued Nevada for a fundraiser.

The state’s Democratic lawmakers were quick to pile on. “Speaker Boehner skipped town to fundraise in Nevada instead of scheduling a vote to extend unemployment insurance benefits that thousands of Nevadans rely on,” says Rep. Steven Horsford (D-Nev.). As long as Boehner was in town, Horsford says, he should have “take[n] the time to explain to unemployed Nevadans why he continues to ignore them.”

“Once again, Speaker Boehner has chosen politics over the people,” adds Rep. Dina Titus (D-Nev.). He “would do well to take time from his fundraising schedule to meet with families in District One and hear their struggles to put food on the table, pay their mortgage, and put gas in the car.”

Boehner attended a Las Vegas Country Club luncheon last Friday to help raise cash for the re-election of Nevada GOP Rep. Joe Heck. The cost was $2,600 a head for a roundtable plus lunch—$1,000 for lunch only.

Nevada’s unemployment rate, at 9 percent, is the nation’s highest. More than 17,000 Nevadans lost long-term unemployment benefits when they expired at the end of January. (Since the recession began, the federal government has offered extended emergency benefits after the 26 weeks offered by states has elapsed. The number of extra weeks has varied, but last stood at 47.)

A Senate bill to reauthorize the emergency benefits failed last week after Republicans objected to Senate majority leader Harry Reid (D-Nev.) quashing many of their attempts to amend the bill. GOP lawmakers have said they would only renew the benefits if the cost were offset elsewhere, and if the extension were paired with other job-creating measures.

The Senate will pick up the benefits legislation again after lawmakers return from recess, but it is unclear whether Boehner will.