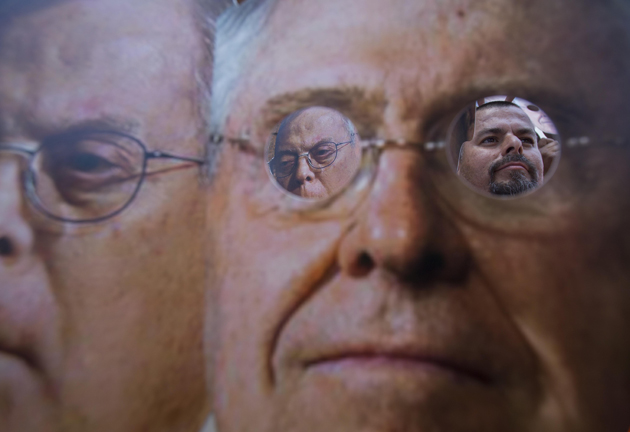 A Koch brothers mask at a 2013 protest.© Ringo Chiu/ZUMAPRESS.com

Last election season, a shadowy nonprofit pumped hundreds of thousands of dollars into a campaign to change how electoral votes are counted. The group didn’t disclose who was funding its efforts—a fact that Mother Jones highlighted in a story titled “Who’s Paying for the GOP’s Plan to Hijack the 2012 Election?” But now, thanks to Citizens for Responsibility and Ethics in Washington (CREW), a nonpartisan government watchdog, it’s clear that organizations with ties to billionaire industrialists Charles and David Koch footed at least some of the bill.

Each state and the District of Columbia has a certain number of electoral votes, based on their population, and they get to decide for themselves how those votes should be allotted. Currently, every state except Maine and Nebraska gives all of their electoral votes to the candidate who wins the statewide popular vote. But in 2011, GOP lawmakers in Pennsylvania and Wisconsin introduced bills that would divide electoral votes among candidates based on how many congressional districts they won. Because Republicans drew the boundaries of the districts in those states, this scheme would be almost certain to hand Republican presidential candidates the majority of their electoral votes—even if more voters cast ballots for Democrats. (Read more about how the plan would work here.) Presuming the race is close enough, this could decide the nationwide outcome.

In the case of Pennsylvania, a mysterious nonprofit called All Votes Matter spent large sums lobbying for these changes. Local officials wondered about its funding sources. “They raised an awful lot of money very quickly—$300,000 in just a few days,” Democratic Pennsylvania state Sen. Daylin Leach told Mother Jones at the time. “We’re all curious where that level of funding comes from.” But All Votes Matter didn’t disclose its donors, nor did it have to. The group is organized as a 501(c)4 “social welfare” nonprofit, which means that it can spend money on politics while keeping its donors secret. (Such groups are not supposed to spend more than half of their budget on political causes, but IRS enforcement is slack.) Thus the public knew little about the agendas behind this effort to upend the mechanics of presidential elections.

Now, years later, the money trail is coming to light. CREW recently scoured the tax returns of conservative nonprofits, some of which voluntarily disclose their gifts to other groups, and found that much of All Votes Matter’s money flowed “from a network of conservative nonprofit organizations linked to billionaire businessmen Charles and David Koch.” According to CREW’s report:

These groups contributed at least $280,000 in 2011 and 2012, more than half the total amount All Votes Matter reported raising over the same two-year period.  None of the groups are based in Pennsylvania….

In 2012, CPPR reported giving All Votes Matter another $80,000 grant, the only contribution the group reported receiving that year.

Of course, we don’t know exactly where these Koch-affiliated organizations get their money, either.