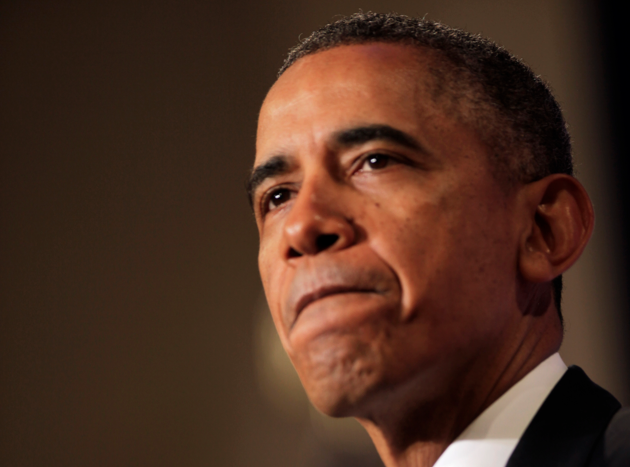 Members of the Congressional Black Caucus (CBC)—a group of African-American lawmakers in the House that defends the interests of minorities and people with low incomes—are planning to publicly chastise President Barack Obama this week over two of his judicial nominees who have backed racially offensive and discriminatory policies, and what they see as a lack of diversity amongst his judicial picks, The Hill reported Sunday.

And some of Obama’s nominees have “views… that reflect the regressive policies of the past,” Rep. David Scott (D-Ga.) pointed out in a letter to Senate judiciary chair Patrick Leahy (D-Vt.) earlier this month. Georgia Court of Appeals Judge Michael Boggs, who Obama nominated to the US district court for the Northern district of Georgia in December, voted to keep the Confederate battle emblem as a central part of Georgia’s state flag when he was a Georgia legislator in the early 2000s. Atlanta attorney Mark Howard Cohen, who Obama nominated to the same court last month, helped defend Georgia’s voter ID law, which voting rights advocates say makes it harder for poor people and minorities to vote.

CBC lawmakers and civil rights leaders have been pressuring Obama for months to rethink these nominations, but to no avail. So CBC members are trying another tack. They will hold a press conference this week to bring attention to the issue, and they’re mulling an opposition strategy to block the nominees.

“We have very grave concerns [with certain nominees] given disparities that are particularly common in the South,” Norton told The Hill. As my colleague Nick Baumann reported last summer, research has shown that the South remains more racist than the North.

So why did the president pick these nominees, especially now that Republicans can no longer filibuster judicial nominees? It has to do with a procedural hurdle called the blue-slip process that functions as a de facto filibuster. Here’s how the process works: When the president is floating a potential judicial nomination, the senators from the state where the judge would serve are given a blue slip of paper. If both senators do not return their blue slips, the nominee will not be able to move forward to a vote in the Senate judiciary committee. This allows the GOP to exert significant control over nominees. Georgia’s Republican Sens. John Isakson and Saxby Chambliss have used the blue-slip process to delay some of Obama’s nominees to their state’s northern district court for years. To fill those spots, Obama worked out a deal with the GOP senators that resulted in the nominations of Boggs and Cohen.

In an interview with MSNBC’s Adam Serwer earlier this month, a White House official said Obama was not to blame for these nominations, as Republican senators are taking advantage of the blue-slip process. The White House has also pointed out that eighteen percent of confirmed judges under Obama have been black. That number was eight percent under President George W. Bush.

CBC lawmakers are not impressed. As Scott told The Hill: “Do you think a white president, a George W. Bush, a Republican president—any white president—would appoint these kinds of nominees with the confederate flag background? With the voter suppression background? That White House would have been maimed by people crying out.”