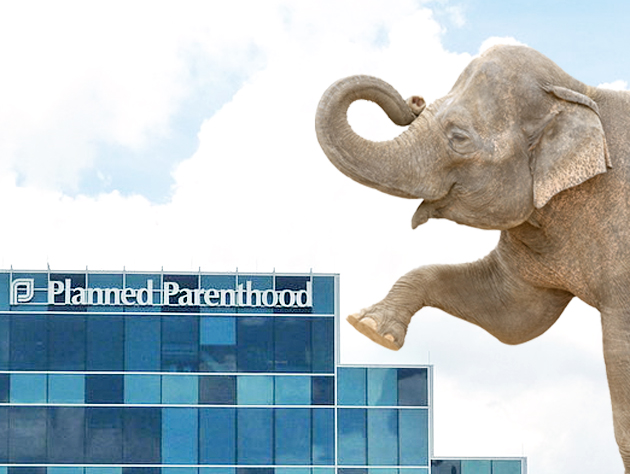 Looking back at the legislative landscape in 2013, you have to give anti-choice lawmakers points for creativity. In South Carolina last year, one male senator managed to introduce six different bills making it harder for women to get abortions. In Arizona, a bill about child therapy morphed into a law that opens abortion clinics up to surprise state inspections without a warrant. In Iowa, a rape victim now needs the governor to sign off on Medicaid funding for her abortion. And in North Carolina, a new “Motorcycle Safety Act” contains more provisions about abortion than it does about motorcycle safety.

In all, lawmakers in 22 states enacted 70 new provisions that curbed reproductive rights—that’s more new abortion restrictions than there were in any year but 2011. Earlier this month, the Guttmacher Institute, a think tank that supports abortion rights, reported that more new restrictions have passed in the last three years than in the entire previous decade.

“[It] was a terrible year for women’s health,” says Gretchen Borchelt, the director of state reproductive health policy for the National Women’s Law Center. Republicans’ sweeping gains in the 2010 elections gave them control of 25 state legislatures, power that was often used to push through abortion restrictions. “One of the biggest trends we saw was politicians running roughshod over the political process,” Borchelt says. “We saw that in Texas where they kept calling special sessions to ram through an omnibus abortion bill.”

Using data from the Guttmacher Institute, BillTrack50, and Open States, Mother Jones analyzed 178 anti-abortion bills* proposed in 32 states. In all, more than 330 state lawmakers proposed 476 provisions to restrict women’s access to abortions and reproductive services. Here are some of the key results—including what to expect in 2014. To view the full data, click here.

1. A series of incremental attacks. As in previous years, state legislators used an incremental strategy to chip away at abortion rights. The most popular types of anti-abortion bills were bans on coverage in the Affordable Care Act’s insurance exchanges; bills outlawing “sex-selective” abortions; mandatory ultrasound bills; bills imposing technical restrictions with the aim of shuttering abortion clinics (known as TRAP laws); and bans on abortions from 20 weeks after fertilization.

Lawmakers in five states passed bills barring the Obamacare exchanges from offering plans with abortion coverage, bringing the total number of states with such bans to 23. Borchelt expects the fight over ACA exchanges to resume this year in states such as West Virginia, where advocates have so far held such legislation at bay.

Bills banning sex-selective abortions—which often propose fines or jail time for doctors who perform abortions when the patient’s decision is motivated by the gender of a fetus—were a fairly new trend, says Borchelt. So far, seven states outlaw sex-selective abortions, with five states—Arizona, Kansas, North Carolina, North Dakota, and Oklahoma—enacting those bans after 2010. Civil rights groups, such as the National Asian Pacific American Women’s Forum, say these bans perpetuate stereotypes about Asian communities and encourage doctors to interrogate women about their reproductive choices based on their race. In May, the American Civil Liberties Union filed a suit in Arizona challenging the ban in the state, which also prohibits race-selective abortions, on the grounds that it is discriminatory.

2. Anti-abortion all-stars. Federal lawmakers made news last year when an all-male House committee convened a hearing on abortion (twice). Male legislators dominate in proposing anti-abortion bills in the states, too. Of the 330 state lawmakers to sponsor such measures last year, 257—more than 75 percent—were men. Seventy-three were women. (According to the National Conference of State Legislators, about 75 percent of state lawmakers in 2013 were male.) About 1 in every 25 female legislators, and 1 in every 20 male legislators, sponsored an anti-abortion bill. The vast majority of the sponsors, 310 in all, were Republicans; 20 were Democrats.

In 2013, about 1 in 4 state legislators who sponsored an abortion-related bill—92 lawmakers altogether—sponsored more than one. South Carolina state Sen. Lee Bright, with six bills, sponsored more anti-abortion legislation in 2013 than any other lawmaker in the country—”so many that it’s hard to remember them all,” Bright says. His proposals include various fetal personhood bills, and a bill banning abortions if the provider can detect a heartbeat.

“We would like to see abortion nonexistent in the US,” Bright, who is challenging Republican Sen. Lindsey Graham in the primary this year, tells Mother Jones.

Close on Bright’s heels was Alison Littell McHose, a Republican assemblywoman in New Jersey who sponsored five measures in 2013. In addition to her anti-abortion activism, McHose has raised at least $22,126 in an online campaign to nullify the Affordable Care Act in New Jersey.

3. What 2014 holds. Borchelt predicts many of the types of bills that were popular in 2013 will resurface in 2014. Although federal courts have consistently struck down bans on abortion at 20 weeks from fertilization, she says, that probably won’t stop lawmakers from continuing to introduce them. “They are eternally optimistic that they can change the Constitution on this issue,” she says.

Although a few more states may see attempts to ban abortion coverage from state exchanges, Borchelt notes reproductive rights advocates are more fearful of a rash of bills to ban private insurers from offering abortion coverage in 2014. Only a handful of states considered such measures in in 2013.

What’s not clear is whether abortion opponents will be as active in 2014 as they were last year. Election years tend to cut the legislative calendar short. “And in theory, lawmakers don’t spend as much time as on what we would deem controversial in election years,” says Borchelt. “So we shouldn’t see as much action in 2014…But we were surprised by what we saw in 2012.”