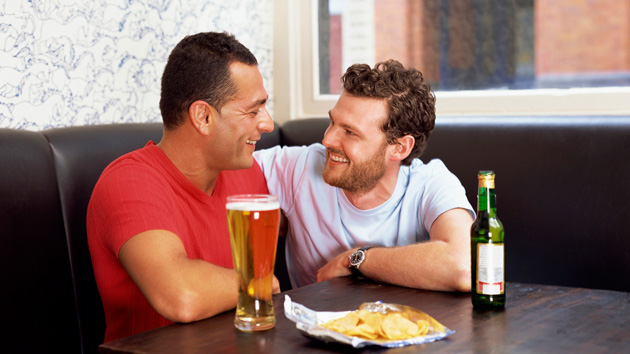 Kansas set off a national firestorm last week when the GOP-controlled House passed a bill that would have allowed anyone to refuse to do business with same-sex couples by citing religious beliefs. The bill, which covered both private businesses and individuals, including government employees, would have barred same-sex couples from suing anyone who denies them food service, hotel rooms, social services, adoption rights, or employment—as long as the person denying the service said he or she had a religious objection to homosexuality. As of this week, the legislation was dead in the Senate. But the Kansas bill is not a one-off effort.

Republicans lawmakers and a network of conservative religious groups has been pushing similar bills in other states, essentially forging a national campaign that, critics say, would legalize discrimination on the basis of sexual orientation. Republicans in Idaho, Oregon, South Dakota, and Tennessee recently introduced provisions that mimic the Kansas legislation. And Arizona, Hawaii, Ohio, Oklahoma, and Mississippi have introduced broader “religious freedom” bills with a unique provision that would also allow people to deny services or employment to LGBT Americans, legal experts say.

“This is a concerted campaign that the religious Right has been hinting at for a couple of years now,” says Evan Hurst, associate director of Truth Wins Out, a Chicago-based nonprofit that promotes gay rights. “The fact that they’re doing it Jim Crow-style is remarkable, considering the fact that one would think the GOP would like to be electable among people under 50 sometime in the near future.”

Several of these measures have sprung up within a short period of time. The Kansas bill was introduced by Republican state Rep. Charles Macheers  on January 16. On January 28, Idaho state Rep. Lynn Luker (R-Boise) introduced a bill that would prohibit the state from yanking the professional licenses of people who deny service or employment to anyone (including LGBT customers) on the basis of their religious beliefs. (There’s an exception for emergency responders.) Luker has since pulled that bill back into committee, to address concerns about the language being discriminatory.

On January 30, a coalition of Republican senators and representatives in South Dakota introduced a bill that would have allowed a business to refuse to serve or people due to their sexual orientation, or be compelled to hire someone because of their sexual orientation. Under this measure, a gay person who brought a lawsuit charging discrimination based on sexual orientation could have faced punitive damages of no less than $2,000. The bill also declared that it is protected speech to tell someone that his or her lifestyle is “wrong or a sin.” The bill was killed this week by the state Senate judiciary committee.

On February 5, Republicans introduced legislation in both chambers of the Tennessee Legislature allowing a person or company to refuse to provide services such as food, accommodation, counseling, adoption, or employment to people in civil unions or same-sex marriages, or transgender individuals, “if doing so would violate the sincerely held religious beliefs? of the person.” (Government employees are excluded.) State Rep. Bill Dunn (R-Knoxville) tells Mother Jones that he sponsored the bill because “a person shouldn’t get sued for choosing not to participate in a person’s wedding.” But this week, the bill’s lead sponsor in the Senate, Sen. Brian Kelsey (R-Germantown), shelved the measure until next year after facing heavy criticism. And in Oregon, voters could have the opportunity this year to vote on a ballot initiative that would also allow people to refuse on religious grounds to support same-sex couples.

In addition to these bills, lawmakers in Arizona, Hawaii, Ohio, Oklahoma, and Mississippi have recently introduced Religious Freedom Restoration Acts with a provision that could also allow discrimination against LGBT Americans. These state-sponsored RFRAs, which aim to stop new laws from burdening religious exercise, are nothing new—29 states already have some kind of RFRA in place through legislation or court action. But legal experts say that these particular bills are unique in that they allow individuals—and in some states, businesses—to cite religion as a defense in a private lawsuit. In the past, courts have been split on the issue. But in 2012, in New Mexico, a photographer tried to use religion in court as grounds for refusing to photograph a same-sex wedding. Last year, the photographer’s studio lost its discrimination lawsuit. The bills are a direct reaction to that lawsuit, say multiple legal experts. “The Kansas bill is more obvious, but some of these RFRAs will have similar effects…they’re just as bad,” says Maggie Garrett, legislative counsel for Americans United for the Separation of Church and State.

The RFRAs and the bills that target same-sex marriage have been pushed by Republican lawmakers, but in some cases, they were first promoted or drafted by a network of conservative Christian groups. According to the Wichita Eagle, the American Religious Freedom Program (ARFP)—which is part of the Ethics and Public Policy Center, a conservative organization founded in 1976—crafted the language for the Kansas bill. Brian Walsh, executive director of the ARFP, which supports religious freedom measures, acknowledges that his group consulted with the legislators on the bill, but he says that lots of other groups did as well: “We gave them suggestions and they took some of them.” Walsh says that ARFP was contacted by legislators who wrote the Tennessee bill and that the group frequently talked to legislators in South Dakota about “religious freedom” but not the state’s specific bill. Julie Lynde, executive director of Cornerstone Family Council in Idaho, one of many state groups that are part of Citizen Link, a branch of Focus on the Family, told Al Jazeera America, “We’ve been involved in working on the language” of the Idaho bill. Another member of Citizen Link, the Arizona Policy Center, has been active in supporting the Arizona bill. And the Oregon ballot initiative was proposed by Friends of Religious Freedom, a conservative Oregon nonprofit.

Walsh told Mother Jones he believes these bills, particularly the one in Kansas, have been misunderstood, and the aim is not to facilitate discrimination against the LGBT community. “Our goal—and we suspect the goal of others—has been to try to find the right balance between fully protecting religious freedom and other civil liberties so that both sides of the marriage debate can coexist harmoniously,” he says. But Eunice Rho, advocacy and policy counsel for the ACLU, takes a different stance: “These bills are discriminatory, pure and simple.”

“This seems to be a concerted Hail Mary campaign to carve out special rights for religious conservatives so that they don’t have to play by the same rules as everyone else does,” says Hurst, from Truth Wins Out. “In this new up-is-down world, anti-gay religious folks are ‘practicing their faith’ when they’re baking cakes or renting out hotel rooms to travelers. On the ground, [these bills] hurt real, live LGBT people.”